The NFL Free-Agency Frenzy: When Cromartie Has to Be Good Enough 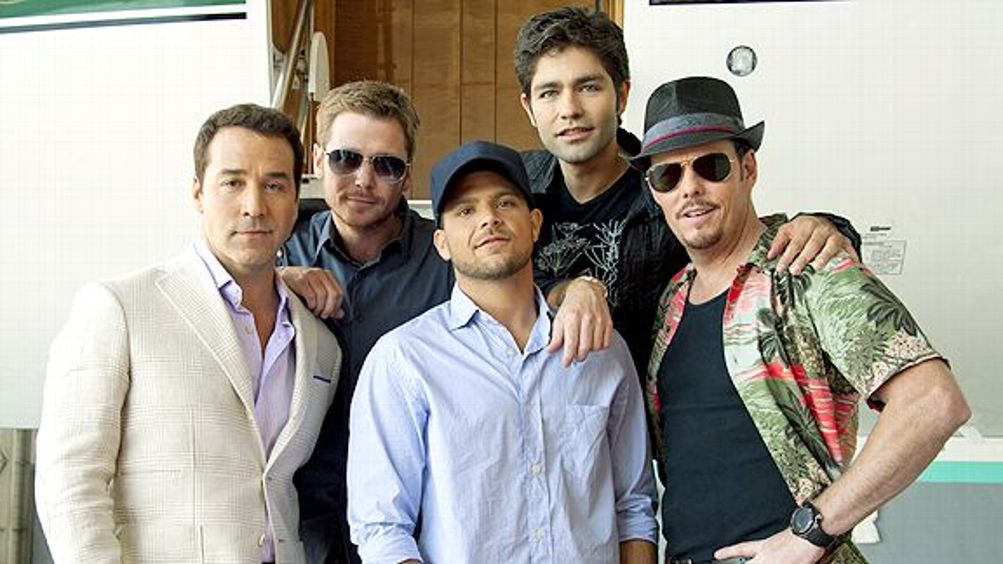 In the first two episodes of the final season of Entourage, we were reintroduced to our circle of bros who were faced with the recurring problems of the modern bro. Bros want to hook up with girls. Bros want cool, fulfilling careers in which they can ‘be their own boss.’ Bros want their circle of bros to respect them for the ‘right’ reasons. Bros eventually want to break free from their pack of bros to find a gal who loves them despite their bro-ness, but at the same time a bro must still maintain a meaningful connection with his bro circle.

So yeah, new season, same stories, different characters acting out the various emotional range of responses associated with bros. Turtle is always trying to find his life’s path and a hot girl. E is trying to manage ‘being a bro’ vs. his need for female affirmation. Vince continues to function as the bro who enables the bro lifestyle for his bros. Drama is the bro everyone is rooting for. Ari just dabbles in bro-dom, because he is making real money. Then sometimes other auxiliary bros come along and provide laughs and disappointment.

Entourage has played an important role in the evolution of the modern bro. Our inner bros have been liberated during our recent Film & TV Bronaissance, and it has become completely acceptable to sit around in football jerseys and talk about bongs. Bros are no longer under pressure to ‘evolve’ into ‘real men.’ You can roam the Earth as a bro forever, sort of like the Dude in The Big Lebowski or the Highlander in Highlander. The new wave of bro media has let the modern male know that he can achieve his dreams without compromising his bro-ness.

Vinny and the Bros as Inspirational Figures

How did you feel about the world that Entourage attempted to portray when it first launched? Even though I tell myself that I am ‘above’ Entourage, the romantic in me still dug the concept because I could envision a world in which me and my alpha bros were rich and famous. Even if we didn’t achieve those pillars of arbitrary societal status, it doesn’t mean that the bro in me won’t ever stop thinking that my bonds will somehow become the ultimate circle of bros in the history of bro-dom. I can’t believe Mark Wahlberg and his bros might have more impact on modern culture than me and my bros. I swear we have the best inside jokes, sports takes, and lewd commentary on women.

After watching last night’s second episode of Entourage, it seems like the show is busy setting up some heavy emotional arcs in Season 8. What for, bros? I sort of just want to chill with my bros.

I guess there is some sort of ‘pressure’ on a show to justify its own existence by providing ‘closure’ for all of the characters who ‘meant so much to us.’ Entourage shouldn’t be looking to simulate emotional depth for characters whose bro archetypes are already established. Since Day 1 of Entourage, we have just been chilling with bros, watching some bros getting into bro-like shenanigans. There has never been any emotional connection to the characters. The strongest emotion I feel towards a character is ‘immense pity’ for Turtle’s existence as his role of the saddest bro alive, but for some reason they need to keep branding him as The Little Hefty Bro Who Could.

Now that Vinny Chase is sober, he has undertaken a passion project to write a screenplay about some dog, which is probably supposed to be a metaphor for life or something. Why does he need to prove that he is ‘artistic’ and can find fulfillment by creating content instead of just starring in movies? Why do I need to value Ari Gold as a family man? Will Eric Murphy ever find his bro balance? Does Drama really need to achieve bro-level self-awareness? Is it realistic to think that Turtle will become a successful entrepreneur with a hot girlfriend who likes him for his ‘beautiful mind?’

I know all of this stuff is supposed to be ‘uplifting’ and provide commentary on ‘what is truly important in life’, but all of this ‘big-picture’ commentary really gets away from the never-ending spirit of bro.

Since a bro can last forever, why do we need closure on the Entourage bros?

I would feel better if the show lasted forever. It’s not like I will ever think of Adrian Grenier as anyone other than Vincent Chase. Everyone involved in the show should legally change their names to their character names. That way, they can morph the show into a reality show in which they are all forced to live in a house together. Even Scott Caan is allowed into the new venture because he’s always been a bro ever since Varsity Blues.

It feels like most people seem to complain about the most recent seasons of Entourage as being ‘bad,’ but I wonder how they have become ‘worse’ than the early seasons of the show. Was it ‘more fun’ at the beginning? It seems just as annoying, especially since the first couple of seasons dealt with Eric Murphy’s struggle for relevance in Hollywood. Maybe people are saying that they had an emotional connection to the Aquaman and Medellin eras? It is hard for me to believe that these bros could have really ‘devolved,’ because I thought we had entered into an informal contract that guaranteed us the Right to Bro.

The ‘flaws’ that you find in Entourage are the same flaws that you find in the modern bro. They lack emotional depth, and they are grounded in their circle of bros. It is unrealistic to think that a bro could authentically evolve ‘as a compassionate person,’ which is the same reason we get annoyed with the final act of most Judd Apatow films — the bro man-children are forced to go through a metamorphbrosis, turning into a ‘real man’ who sees that there is life beyond bro. The rest of the movie was a really fun celebration of a circle of bros, but now you’re telling me that I am supposed to abandon everything that made this an enjoyable experience?

After celebrating bros, why do we have to kill them off by having them emotionally evolve?

It seems like the majority of ‘relevant’ television shows are perceived as being ‘worth your time’ because the viewer simulates ’emotionally evolving’ with the characters. In bro-themed shows, it feels like it is all an asynchronous series of broments and chill sessions. Opportunities, girls, and mini-bro-rifts come and go, but the spirit of bro is ‘the glue’ that keeps the show together.

As a liberated bro, I am not focused on the social value of Entourage, especially when it comes to the portrayal of females in Hollywood. Didn’t they already have their own fem-bro media such as Sex and the City, Bridesmaids, and Golden Girls? I’m trying to experience Entourage with my simplest bro goggles on, throwing aside any sort of need to perform ‘cutting cultural analysis’ while I simultaneously weigh the show’s place in television history. The pressure to formulate ‘new reasons’ for why Entourage is entertaining is probably what ruined the show for most people. By watching Entourage, I am just chilling with my bros. I am dreaming with my bros.

There are times when I feel like I resent the simpleness of bros, but then I remind myself that bros have never been as free to bro as they are now. Bro-wave media has taken off the bro’s shackles, freeing him from the pressures of evolving into a man who uses ’emotional evolution’ as a way to cover up that life has defeated him. Shows like Entourage give us hope that the bro way of life is a sustainable way of life.

As long as you have your bros, you can cultivate a meaningful existence. A clan of true bros potentially outlasts any girlfriend, wife, or sibling. It provides emotional support that helps us to escape from the pain and monotony of everyday life with a mix of humor, escapism, and bro-based situational absurdity.

I am afraid of losing my bros if they choose to ’emotionally evolve’ beyond the bro. It feels like I have already lost my Entourage bros. Hopefully, Entourage will provide a paradigm-shifting ending in which the bro is allowed to have his own version of a happy ending. This is probably unrealistic because bros will never end, as we find true happiness as long as we exist freely in the Circle of Bro.

Carles is a staff writer for Grantland. He started the authentic content farm HIPSTER RUNOFF.

Previously from Carles:
Will We Ever Feel Comfortable With the Coach’s Son?
Men on the Verge of a Nervous Breakdown: This Year’s Tour de France
The Lessons of Friday Night Lights