The House That Christian Ponder Built

Does This Suit Make Me Look Insane? 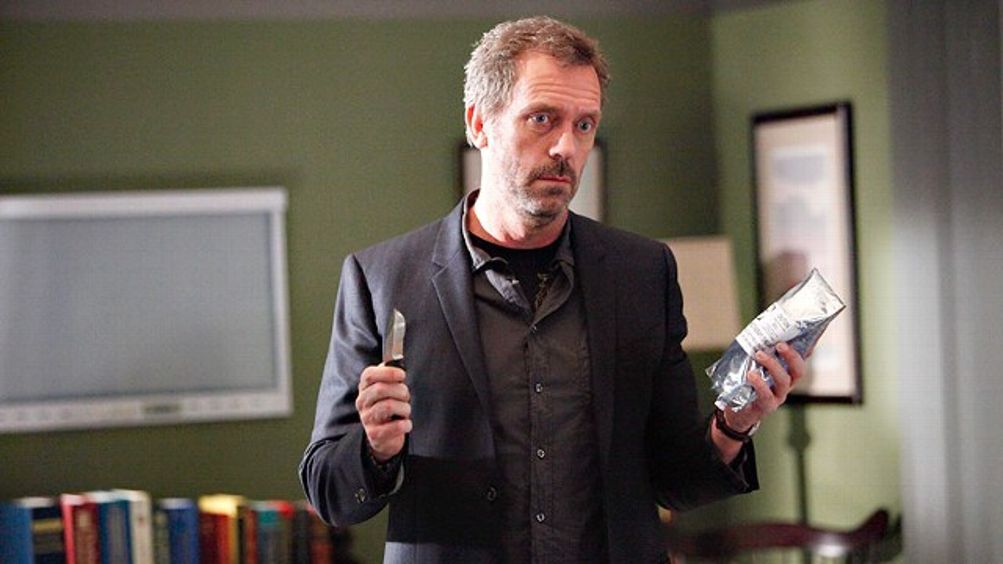 I didn’t watch House until the last few years. I don’t like hospital shows. I don’t like pain or dying and don’t see a reason to experience them when I don’t have to. I didn’t like Gregory House himself in the first episodes I saw. I like irascible and smart, and I know he had a Chinese army’s worth of demons he was living with. But he used his brilliance to uncover the weaknesses of everyone around him and, like a baseball bat to a piñata, bash them with it. He was cruel.

Then I got used to him enough to start hoping for him. I thought he might change. There was no reason, it seemed, that he couldn’t still be House, push everybody beyond what they thought was in them, push the borders of medicine, solve every case, be complicated and contrary, and not be so nasty. My hope was greatest, at least in recent years, when he fell in love with Lisa Cuddy, the hospital’s administrative head. She was beautiful. She was as conventionally smart and strong as he was unconventionally smart and strong. Both were worthy, both needed love, they were a good, always challenging, never complacent match.

Last night, House ended its eight-year run. (Now we’ll have to listen to Hugh Laurie talk in his clearly fake British accent.) I thought about House, the person, as I was reading Walter Isaacson’s biography of Steve Jobs this summer. Jobs was irascible and smart and had his demons, too. I found myself reading of some triumph or another that Jobs thought had been achieved in spite of, not thanks to, others. Before turning the page, I’d hope for a change. You’ve won more than anyone gets to win, I’d say to myself. You don’t need more glory. You don’t need more money. Be a little nice. I’d turn the page — but like House, he couldn’t.

I also thought about Scotty Bowman as I read. I was one of the goalies when Bowman was the coach for the Stanley Cup–winning Montreal Canadiens teams during the 1970s. Bowman didn’t have the same big personality or presence that Jobs (real) and House (created) did. Though more successful over a longer period of time than coaches like Vince Lombardi, Bowman wasn’t as mythical. Yet he was irascible and smart, had his own less obvious demons, and, if rarely cruel, could be unthinking and hurtful.

In his bones, Jobs saw himself as a product guy. That was his pride. He loved money and was one of the world’s richest people when he died. But his need was to be important, and rich people, he knew, were a dime a dozen. Isaacson related this often-told story: In the mid-1980s, Apple needed a CEO and Jobs decided that person needed to be John Sculley, then CEO of PepsiCo. Jobs and Sculley talked to each other off and on over many months, testing each other and themselves. Finally, they both knew it was decision time. Sculley still wasn’t sure, so Jobs reached for his trump card. “Do you want to spend the rest of your life selling sugared water,” he asked Sculley, “or do you want a chance to change the world?”

Jobs was uncompromising. He respected Bill Gates, but it was more than rivalry that stood in the way of a deeper regard for Gates. Gates, Jobs believed, was a business guy, not a product guy. When it came to the crunch moment, when a choice had to be made between making a better product or making one dollar more, Jobs believed Gates would take the dollar. To anyone who did, Jobs was unforgiving.

To Jobs, money mattered and building an enduring company mattered because each was necessary to make a great product. “[T]he products, not the profits, were the motivation,” he told Isaacson. “Sculley flipped these priorities to where the goal was to make money. It’s a subtle difference, but it ends up meaning everything.”

House was a “product guy,” too. He didn’t care about the hospital, rules, procedures, or money. His product was keeping people alive, and truth. Bowman was also a “product guy.” His was Stanley Cups.

Because Jobs, Bowman, and House were all product guys, there might always be some new product that could beat them. So they always had to come up with something that was better. They could never stop learning. It’s why they never got old.

Yet what about all the coworkers and players around them? Why did they put up with the abuse? Many of Bowman’s players were among the best in the NHL. With no free agency during his years with the Canadiens, they still could have gone to the rival World Hockey Association, or forced a trade out of Montreal. Jobs’s coworkers could have written their own ticket with Apple’s tech rivals or launched their own start-ups. (This was less true for House. In one of the few false notes of the series, his minions were almost always weak and uninteresting.) Why did they stay?

A few years ago, 60 Minutes profiled Duke University basketball coach Mike Krzyzewski. At a time when NCAA championship-winning coaches screamed, threw things, and saw few of their players graduate, how could Krzyzewski be so different and still win? His wife Mickie’s response: because the players know they’d break his heart if they lost. More than that, I think: because of what Krzyzewski and others helped instill in them, they would’ve broken their own hearts if they’d lost.