The Wonderful and Weird World of Thuzio 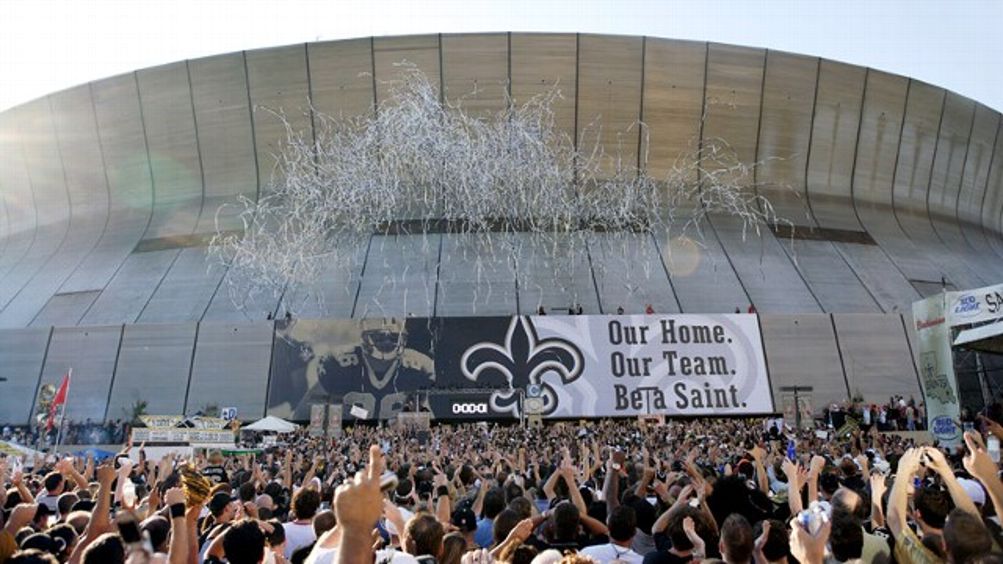 Along the southern edge of the Mercedes-Benz Superdome is a stretch of Girod Street that was recently renamed Dave Dixon Drive. It’s a name that might baffle outsiders, especially once you enter the Superdome and notice it again on the Wall of Fame, alongside some of the legends who have called that building home: Pete Maravich of the New Orleans Jazz, quarterback Archie Manning and linebacker Rickey Jackson of the Saints, Grambling coach Eddie Robinson. The rest are there for being competitors; Dixon is there because of his intense, abiding obsession with his hometown. Virtually unknown outside of New Orleans, he was a local businessman whose respected name and masterful management of people and politics brought professional sports to New Orleans. In the process, Dixon — a behind-the-scenes founder of the Saints, shadow broker of the AFL-NFL merger, and the “Father” of the Superdome — changed the experience of modern sports for the rest of us as well.1

Dixon was born in New Orleans in 1923 and attended Tulane University back when the Green Wave were a minor force in the emergent SEC. In his charmingly self-aggrandizing autobiography, Dixon recounts that the need for professional sports in New Orleans was born in 1949, when Tulane’s board voted to deemphasize intercollegiate athletics, dooming his alma mater’s once-mighty football team to a period of mediocrity. “A bit of the competitive joyous spirit seemed to have been squeezed out of our community,” Dixon wrote. By the late 1950s, he began thinking seriously about the possibilities of helping bring a professional franchise to New Orleans to fill that void. Around this time, Mayor deLesseps Morrison was in the process of forming a commission to try to keep the Pelicans, a minor league baseball team, in town and possibly attract a major league team by building a stadium along Lake Pontchartrain. Dixon felt that there already existed a fan base for football, and lobbied Morrison accordingly. Morrison agreed and, in that somewhat disturbing, old-fashioned2 way things used to get done, appointed the inexperienced but enthusiastic Dixon head of the commission.

After all the bets and the hype, it’s time to break down the game and decide who will raise the Lombardi Trophy

The Niners Buck the System

All the numbers said San Francisco wouldn’t be this good, so how did it happen?

How the Ravens Stay on Top

From the shrewd to the ridiculous, you can put your money down on just about any situation

In Part 1, Rembert Browne and Cousin Sal talk about the actual game; PEDs then find time to break down their terrible lunch. In Part 2, Tracy Morgan talks about the finale of 30 Rock before Giants defensive end Justin Tuck stops by to remind Bill that New York beat the Patriots twice in the Super Bowl.

After a decade of mostly familiar names, Super Bowl XLVII is set to provide some welcome new blood under center.

Others had tried to bring pro football to New Orleans. Former Pelicans general manager Jack DeFee had staged NFL exhibitions in New Orleans as early as 1960. But Dixon’s careful courtship of the NFL (and, for a brief spell, the AFL as well) proved more successful, in part because he recognized that Southern institutions could only ignore civil rights and racial equality at their own peril. In 1963, Dixon organized an exhibition doubleheader at Tulane Stadium that was “the first time in the history of the Old South” that tickets were sold on a first-come, first-served basis to anyone who wanted to attend.3 The game was a success, despite pouring rains.

Buoyed by the success of these exhibitions, Dixon thought the formation of the Saints — a name carefully cleared with the local archbishop — was a done deal.4 But they wouldn’t become a reality until 1966, when NFL commissioner Pete Rozelle called Dixon in for a favor. The NFL-AFL merger was dying on the vine. An informal agreement was reached: If Dixon could convince House Majority Whip Hale Boggs of Louisiana to help ease the merger through Congress, New Orleans would get an NFL franchise. The antitrust exemption Rozelle sought was approved in October, and a month later — on All Saints Day — New Orleans joined the NFL, playing their home games at Tulane Stadium.

“The origin of the Louisiana Superdome really was with Walter O’Malley,” Dixon once remarked, referring to the former owner of the Brooklyn/Los Angeles Dodgers. “That’s where I got the idea from reading a story in The Sporting News.” The famed theorist and futurist Buckminster Fuller had pitched the idea of a domed stadium in Brooklyn to O’Malley in the mid-1950s, and the idea stayed with Dixon. By the conclusion of the rain-soaked exhibition doubleheader in 1963, he was convinced that the Saints’ permanent home would have to shield spectators from the elements. Dixon brought a model of the proposed Superdome (the alternative: “the Ultradome”) to show Louisiana governor John McKeithen. “My God,” McKeithen is alleged to have replied, “that would be the greatest building in the history of mankind! We’ll build that sucker.”5 Plans for the Saints’ new stadium initially placed it on the outskirts of the city. But they settled on a more central location along Poydras Street, then flanked by railroad yards and a cemetery. 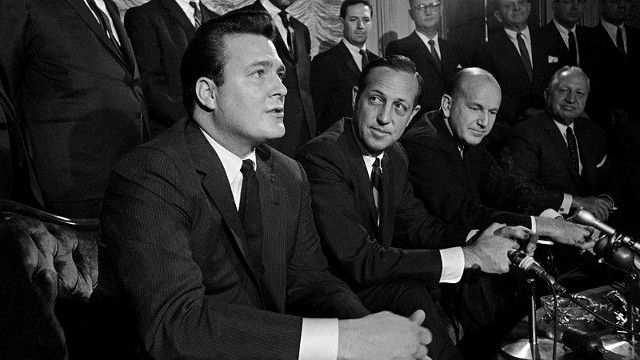 In the popular imagination, New Orleans architecture remains a quaint, wondrous jumble of multicultural histories, with its grand mansions, mazy cemeteries, French Quarter balconies, and meticulous, colonial accents. But no built structure has shaped New Orleans over the past decades quite so much as the Superdome. It opened in 1975, becoming the home of the Saints, the Jazz, Tulane’s football team, and the Sugar Bowl. It quickly became apparent how versatile a centrally located, domed event space could be: It has hosted several major fights but also 1975’s Muhammad Ali Appreciation Day, a festival sponsored by the local chapter of the Nation of Islam. Pope John Paul II addressed 80,000 children in the Superdome in 1987. The Rolling Stones played to 87,500 fans there in 1981, and since 1995 it has hosted the annual Essence Music Festival. The USSR National Gymnastics Team, the Republican Party, and Johnny Cash have graced its stage. The Yankees toyed with the idea of opening the 1983 regular season in the Superdome as they waited for repairs to Yankee Stadium.

All of which is to say the Superdome, as a go-to venue for Super Bowls, Final Fours, and BCS Championships, but also a multipurpose entertainment center, has brought in billions of dollars in revenue for New Orleans, effectively transforming the city into a modern tourist haven.6 The Superdome revolutionized this sports-entertainment-tourism nexus — boosters will call this “renewal” — in New Orleans and beyond, and suddenly these hulking domed arenas became a way to make money and political statements.7 (Anyone doubting the impact a robust hospitality industry can have on a city just needs to try to book a hotel room or restaurant reservation in New Orleans for the end of this week.)

“The Superdome is more than just a very large building,” historian Peirce Lewis argued in 1976. “It is a fundamental change in New Orleans psychology from the old days when the city was run by a handful of old-timers … The old, closed, conservative city was open for business.” These psychological valences took on a new meaning in 2005 when it was the setting of one of the most heartbreaking and maddening scenes of our lifetime as “the shelter of last resort” for nearly 20,000 citizens unable to evacuate in the wake of Hurricane Katrina.8

A year from now, the Super Bowl will be played at MetLife Stadium in New Jersey, and as we run out of things to preview about this year’s game, talk has already turned to what it will be like to stage a championship in 40-degree weather. Earlier this week, Ravens quarterback Joe Flacco called the possibility of a cold-weather Super Bowl “retarded.” “If you want a Super Bowl, put a retractable dome on your stadium,” Flacco said, speaking on behalf of capital improvement campaign brochures everywhere. “Then you can have one.”

The endurance and upkeep of the Superdome seem unusual in light of all this. In the context of modern, luxury-suite era sports, it is an old building. It is the largest fixed, non-retractable domed stadium in the world, and it will likely hold that distinction until its someday implosion.9 Even as the domed stadium supposedly nears extinction, there are no local alternatives in sight, Saints owner Tom Benson’s agitations notwithstanding.10 To many, it is a source of pride. Tulane’s Southeastern Architectural Archive is currently exhibiting “The Dome,” a look back at the structure’s early history and impact. There are even local groups interested in designating the Superdome as a historical landmark, so as to preserve a cornerstone of New Orleans’s oft-overlooked status as a midcentury vanguard of modernist architecture. For the past few years, fans on message boards have rallied to rename it the Dave Dixon Superdome, if only for a week.

After all, it was once the pinnacle of what its creators deemed imaginable, before, in 2005, it became the site of the unimaginable. We’ve come to need newer, larger, more imposing buildings, often paid for by the public, otherwise the public will stop showing up and our teams will threaten to leave us. The old stadiums gave way to AstroTurf and domes, which gave way to retro designs and retractable roofs — whatever it meant to be state-of-the-art, circa “back then.” But the Superdome is history, whatever that means to us today. It’s a giant metallic corset, a bit of curvy symmetry in a city where nothing is generic, a classical amphitheater reimagined for the Space Age, an old cemetery repurposed as a parking garage. It’s a building forever associated with triumph and tragedy, and a reminder to bear in mind the possibility of both. There is always a “back then” wherever your feet tread.