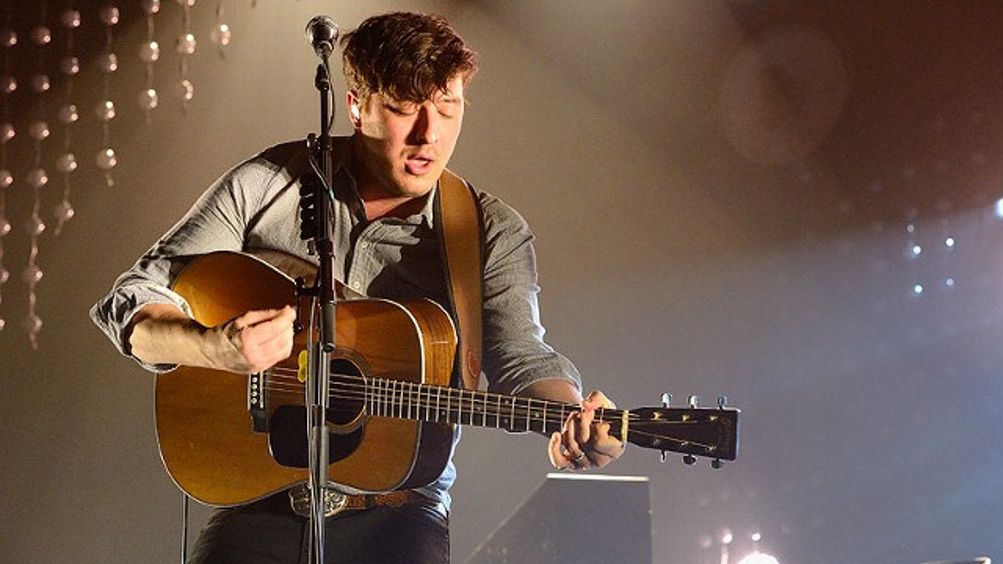 If you fancy yourself a follower of popular music, you’re probably aware that the 55th-annual Grammy Awards take place on Sunday. Or you may have already stopped reading after “Gra-.” For a few years now, I’ve been telling anyone that’ll let me get to “-mmy” that this is our most underrated awards show — the telecast’s ratio of performances (there are, like, 100 of them in three hours) to award presentations (maybe eight at the most) makes it relatively breezy viewing by the tedious standards of our annual celebrity prom nights. The Grammys are watchable because — unlike the Oscars, which handle their statues with a reverent solemnity more appropriate for the recently resurrected or a puppy rigged with plastic explosives — the awards don’t get in the way.

My sales pitch for the Grammys isn’t all that effective, because people who don’t care about the Grammys secretly believe they would care if Grammys were awarded to those who “deserved” it. This is the weird paradox of awards season: All reasonable, intelligent individuals agree that handing out trophies to famous people based on the votes of other famous people and their non-famous associates is sort of a stupid exercise, and has little or nothing to do with recognizing artistic merit. By the way: This is totally OK! Because it’s the packaging, not the contents, that matters here. Awards shows are about pretty dresses and humiliating gaffes and trying to impress our peers in social media with superhuman feats of snark.

We all know this. And yet it doesn’t stop those same reasonable, intelligent individuals from becoming emotionally engaged with those sort of stupid trophies going to the correct famous people, because it’s supposed to be based on artistic merit, even though that’s never really been the case.

This year, the Album of the Year category comes down to two acts: Frank Ocean and Mumford & Sons. There are other nominees — The Black Keys, fun., Jack White — but they’re just plumes of smoke floating between the real contestants. The former is an introspective psych-soul balladeer whose sexual orientation and association with the bomb-throwing L.A. rap collective Odd Future are equally nebulous. His album Channel Orange was 2012’s most critically acclaimed LP. The latter is a suspenders-donning folk act that has released the two most popular rock records of the last three years. If Mumford & Sons hadn’t made Babel, someone attempting to make fun of Grammy clichés would have invented it.

Frank Ocean vs. Mumford & Sons is fraught with ideological baggage. It is the Ali vs. Frazier of awards-show faceoffs: Preferring one over the other is really about figuring out what we expect from the Grammys and awards shows in general — and who exactly the “we” is supposed to be in that equation.

The finest surgical disembowelment of the Grammys from the last few years — trust me, there is a lot of competition for the distinction — was performed by the New York Times‘s Jon Caramanica in the aftermath of last year’s Adele-fest, which he dubbed “the dullest Grammy ceremonies in recent memory, a tour de force of bumbling anti-imagination.” He called the performances “clunky,” singling out the awkwardly staged EDM showcase featuring shoehorned cameos by Chris Brown and The Foo Fighters. For the night’s big winner, a ’60s soul traditionalist and signifier of “authenticity” reigning over pop artifice, Caramanica reserved his sharpest blade: “For the umpteenth time, the Grammys went with familiarity over risk, bestowing album of the year honors (and several more) on an album that reinforced the values of an older generation suspicious of change,” he wrote. “Pop music has been at its most exuberant, plastic and confusing — in the best way — in recent years, but this ceremony hardly captured that. Instead the show went out of its way to uphold antiquated values.”

Caramanica’s criticisms are particularly stinging considering how The Recording Academy has openly fretted about the Grammys’ lack of hipness, and worked overtime to cool them up as much as possible. After spending most of the ’90s and ’00s bestowing its highest honor on Unplugged albums and little-heard “comeback” efforts by boomer-friendly legacy artists, The Recording Academy determined to set off in the opposite direction, eagerly pressing its little gold-plated gramophones on a batch of fresh-faced youngs.

In the last three years, the Album of the Year award has gone to Gen Y acts: Taylor Swift, Arcade Fire, and Adele. By Grammy standards, this is nothing short of a revolution. But for skeptics like Caramanica, those artists are merely modern updates of familiar, not particularly cutting-edge archetypes — the singer-songwriter and the messianic rock band. Meanwhile, rappers are still largely excluded, as are many artists making non–white person music.

Some of Caramanica’s claims are legitimate.1 The institutional bias against hip-hop is beyond ridiculous at this point — given how much money the genre has made for the industry, kicking an Eminem or a Kanye West an award in a major category is long overdue.2 But the expectation at the core of Caramanica’s complaints — that the Grammys ought to be reflective of pop’s youthful vanguard — is fundamentally misguided. In order to make that case, you would have to identify a precedent for the Grammys ever aligning itself with youth culture, and then somehow losing its way. Good luck with that.

Take the first Grammys show, back in 1959. The awards were set up to honor the best music of 1958, which ended up being a pretty unbelievable year: There was Chuck Berry’s “Johnny B. Goode” and Jackie Wilson’s “Lonely Teardrops” and Eddie Cochran’s “Summertime Blues” and Link Wray’s “Rumble.” Seriously, that’s just 10 minutes of what was momentous in ’58. Three months before the inaugural ceremony, an airplane carrying two of music’s brightest young stars — Buddy Holly and Ritchie Valens, plus novelty singer the Big Bopper, the Macklemore of his day — went down in Iowa, killing everybody onboard. You can only imagine how stirring the Grammy tribute was to those guys, in addition to the performances by all the future legends on the bill.

Oh, wait — none of those people was invited. There was no tearful ceremony for Holly and Valens. Instead, Domenico Modugno was honored in the Record and Song of the Year categories for “Nel Blu Dipinto Di Blu (Volare).” The Album of the Year went to Henry Mancini for The Music From Peter Gunn. There were no awards for rock and roll or blues, but there were Children’s Music and Comedy categories — Ross Bagdasarian Sr. won in both, for “The Chipmunk Song.” 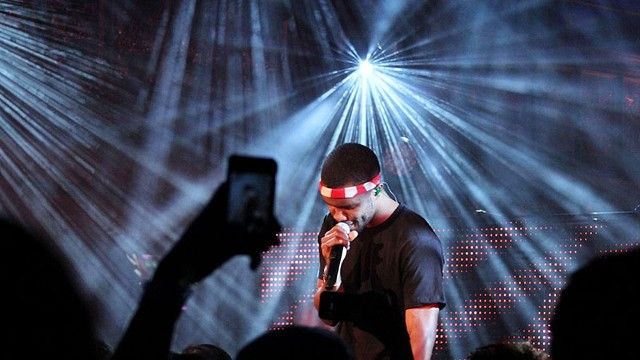 You remember last year’s Grammys, the one that supposedly ranks among “the dullest Grammy ceremonies in recent memory”? It was also one of the highest-rated: 39.9 million people tuned in — that’s better than the 2012 Oscars and good for the second most-watched Grammys ever. The most-watched is 1984, when 51.67 million people tuned in to see Michael Jackson cradle eight Grammys (plus Emmanuel Lewis) in his arms for Thriller. It’s no coincidence that Adele’s 21 is the closest we’re likely to get to another Thriller this century.

For five straight years in the late ’00s, Grammy viewership never broke 20.1 million. 2012 was the greatest triumph yet in a ratings comeback that started in 2010, the year Swift won Best Album for Speak Now, which like 21 was a record-industry anachronism: A mega-selling blockbuster that fired up people who normally don’t care about pop music (i.e., the majority of the American public). The ratings rose again in 2011, when Arcade Fire won, though the reaction was different. That year’s show quickly became known as the “never heard of it” Grammys, as millions voiced confusion (some of it feigned, but much of it not) over why these mysterious Canada residents beat out Eminem in the Album category, or why jazz singer-instrumentalist Esperanza Spalding won over Justin Bieber for Best New Artist.

The response underscored an underlying truth about awards shows: People like to see art they’ve heard of defeat art they haven’t heard of. Institutions like the Grammys were conceived as bulwarks against the unknown, discomforting fringes; they almost always reward “familiarity over risk.” If you feel that’s a bad thing for our culture to support (and it probably is), the solution isn’t to fix our awards shows, it’s to get rid of them altogether.

But since that’s never going to happen, let’s try to appreciate them for what they are. I’m 90 percent sure that Mumford & Sons — the epitome of an older generation’s reinforced values if there ever was one — is going to win big at the Grammys this Sunday, and if it happens, I’m fine with it. A few months ago on this site, I likened Mumford to Tim Tebow, and I honestly didn’t mean it as a put-down.3 Even though I don’t personally care for Babel, it’s undeniable that Mumford is one of the only truly transcendent bands we have right now. I can’t think of another act I’ve talked more about with friends and family members I’ve never had a music-related conversation with before. Mumford & Sons has connected with an incredibly broad spectrum of people — much broader than the band gets credit for in the music press — and they will be watching Sunday to have that connection affirmed. This, it seems to me, is what the Grammys were made for: MOR is hardwired into its DNA.

As for Frank Ocean — that poor, saintly, Chris Brown–forgiving Frank Ocean — win or lose, at least he’ll get to perform Sunday. And that might matter more than winning an award: After all, in 2011, it was Mumford & Sons — not Arcade Fire — who enjoyed the night’s biggest “Grammy bump” in record sales, after bringing down the house with a stirring rendition of “The Cave.” I don’t know if Frank Ocean “deserves” an honor as dubious as a Grammy, but he’s certainly deserving of a Grammy-size audience.