The NBA Is Back! 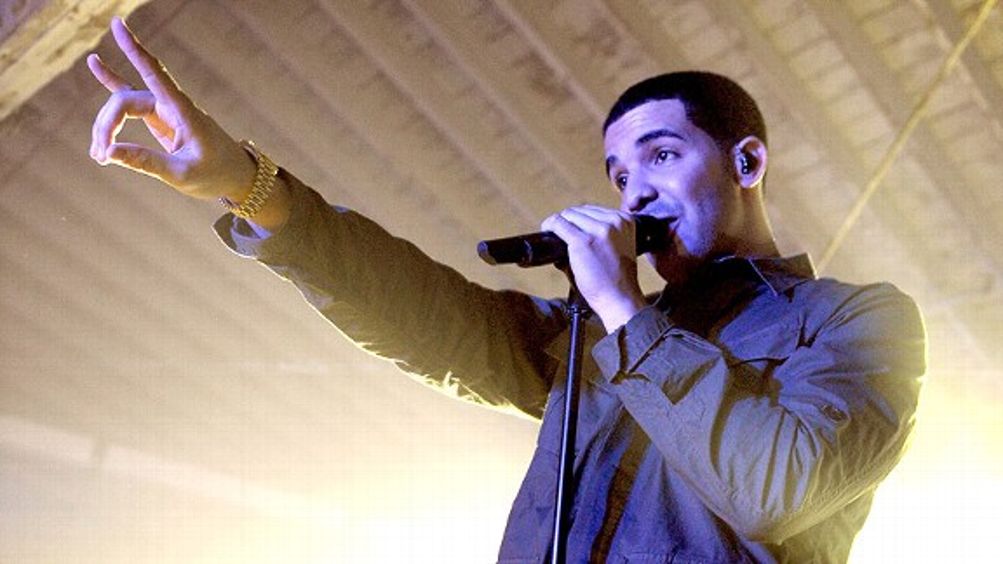 Rarely does sadness — this wallowing, defeated, infinitely alone kind of sadness — infect hip-hop. The form relies on testaments to tragedy and isolation, blue notes and tender regrets, remorse and guilt, the vulnerabilities seeded by past traumas. But these displays are usually retrospective in a safe way, offered as a way of understanding the present and contextualizing its triumphs. When Ghostface tells you about “plucking roaches out of cereal boxes,” it’s because he wants you to know about the great reserve of strength and filial love that has carried him throughout his life.

Few albums in any genre set out for the abyss that is Drake’s Take Care, a weird and exquisitely crafted triumph of both self-confidence and self-loathing.

I admit that I have no idea why Drake is so sad, whether these engrossingly charged tales of after-the-after-party yearning and doubt depict one real-life heartbreak, or many, or none at all. Never has the nightclub seemed so dreadful, a sort of strobe-lit, bottle-service purgatory. It’s one thing to describe acts of epic self-medication; it’s another to perform booziness and offer the clarity of a spinning room as lure for an audience mortified on your behalf. But this correspondence to real life seems important, since life itself has become fully subsumed as part of a blockbusting album, movie, or sitcom’s promotional campaign. In this age of total exposure, it becomes near impossible to disassociate the work from its creator, which is why fame itself has become such a ready-made topic for our most clever pop stars. We know too much, even if we don’t know better.

This is why Take Care ends up being such an intriguing, ambitious effort — it is persuasive and succeeds on its own terms. While others write songs about feelings that aspire toward magnanimity, offering some kernel of wisdom that might help uplift those of us listening and humming along, Take Care carefully depicts one man’s peculiar and unexpected descent. These aren’t cautionary tales for the rest of us so much as they are attempts by Drake to achieve a personal equilibrium — between pleasure and pain, chilly ambition and sentimental nostalgia, a pleasant buzz and total self-cancellation.

This sense of warring selves is embodied by the way Drake makes music as one of the few rappers who could have just as easily made a living by singing R&B hooks. There is a productive tension when these two adjacent worlds meet. Past versions of hip-hop regarded the sung hook as abhorrent, a compromise to melody when the power rested in rhythm. But these hooks — outsourced to gospel choirs, divas and newcomers, or tone-deaf pals — were, at their best, acts of translation. They approached the text with a different language in mind, unearthing the sensitivities repressed by the rapper or calling attention to feelings of fantasy or desperation too extreme for those steely, controlled, against-the-grain verses. “Many Men” wouldn’t have been the same if Nate Dogg had sung the hook. It took 50’s flat nihilism to achieve its paranoia.

There is a sense of emotional transparency to words that are sung. It’s unnerving when Drake collapses this distance, following a punchy boast with a vulnerable singsong. While he raps with a glassy efficiency, his singing feels rangy and free. He can sing in ways that feel more sinister or scorned than his nastiest growls, as on “Marvins Room” or “Shot For Me.” “Bitch, I’m the man,” he sings, softly and sweetly, over the Alphaville synths of the latter cut, reminding someone no longer in his life that he’s just fine: “First I made you who you are and then I made it.” But once the drum machine whirs to life halfway through the song and he starts rapping, he grows ever more confessional, growling his analysis of where things went wrong. It’s a strange inversion. Throughout Take Care, visions of triumph and loss return in sublime, unexpected ways, careening from deflated punch lines to hooks that don’t seem so outsized and cocky until you scrutinize what you are singing along to.

Musicians often speak of the perfect music of their mind, the creative process being a slow, asymptotic approach to this ideal sound. During Take Care‘s strongest and most meticulous moments, one gets the sense that this is exactly the sound Drake imagined. In this way, Drake seems more a descendant of Kanye West than his nominal mentor, Lil Wayne. It was Kanye who graduated from hip-hop’s vaunted resourcefulness — its ability to improvise — to aspire toward the heights of virtuosic, proggy perfectionism instead. And just as Kanye’s My Beautiful Dark Twisted Fantasy bulged with all these enchantingly showy, prolonged explorations of technical proficiency — all those four-minute gems with three-minute outros — Take Care feels careful and intentional about its own pacing.

The songs can feel purposefully lopsided — a perfect stride is achieved, only for the song to end abruptly, without warning, as though the slump-shouldered blues have returned. “This ain’t no fuckin’ sing-along,” The Weeknd announces on the masterful “Crew Love,” and he’s right. An absurd amount of echo swallows his voice, and the speaker blows out each time the bass kicks. It feels forlorn in a massive way, calling to mind the maximalist intimacy of British producers (and Drake favorites) James Blake and Jamie xx. Drake finally arrives to celebrate with those around him — “Times when I might blow like 50k on a vacation/For all my soldiers, just to see the looks on all their faces” — and it’s as solitary a tribute as you’re likely to hear.

Take Care allays any questions about Drake’s longevity. It is thoughtful, curious, and careful about positioning its hero at a crossroads, giving us all a sequel to look forward to. Drake is currently on tour with A$AP Rocky, a promising, young, Houston-worshipping rapper from Harlem whose career is just now starting.

Rocky certainly has star power, but his abilities as a rapper are only part of it. What makes him so absorbing is all his myriad juxtapositions: the alternation between Harlem and Houston flows, the Rick Owens trousers and winged Adidas while rapping about drug-running, etc. It’s Rocky’s swag, that infinite pool of audacious confidence, that game of surface and allusion, which lends it all some sense of coherence. And it’s the crew-heavy videos for “Purple Swag” and the absolutely mesmerizing “Peso” that draw you in.

The attraction to Drake is different — the surface is self-consciously surface, and his swagger, even on the triumphant “We’ll Be Fine” and “Lord Knows,” is but a coping mechanism.

As happened with Kreayshawn and her corner of Oakland before him, Rocky’s rise was accelerated by tens of thousands of YouTube hits and Google searches — far-off kids curious about a distant way of life and its seeming armies of adherents.

The attraction to Drake is different — the surface is self-consciously surface, and his swagger — even on the triumphant “We’ll Be Fine” and “Lord Knows” — is but a solitary coping mechanism. There is a crew, friends, people deserving of love, but they are somewhere else. The zeal and pace of freshman year can’t last forever, less so when the timeline from Internet buzz to debut album is dangerously compressed. Perhaps, what is lost — willingly? — is one’s self. Perhaps, the lonesome pose and solo descent of Take Care are what follow after all of that.

But this isn’t just about fame and discontent and what remains of our visions of the good life. It’s about how a rapper might approach an enduring problem of art: how to convey depth without seeming melodramatic, how to triumph in a way that isn’t wholly alienating. The unusual tone of Take Care was announced this summer with the release of the unofficial lead single “Marvins Room,” a troublingly bare dramatization of Drake drunk-dialing after a late-night bender. She has moved on, and she seems content in her new situation. But the boy can’t help it. Over wispy synths and a troubled heartbeat, he serenades her — “I’m just saying, you could do better” — but also spitefully recounts the number of times he’s had sex this week. It’s far more chilling to hear someone calmly sing, “Fuck that n—-” than to hear them say it. The details are too vivid, the desperation too bare. If every song is its own seduction, then we are left wishing we could have hung up on this intercepted call. On one end, she asks repeatedly: Are you drunk right now? On the other end — not ours — a steadily unspooling man switches back and forth from singing to rapping, pleading throughout, slurring his feelings.

Previously from Hua Hsu:
Highbro/Lowbro: On Harold & Kumar
Harbaugh vs. Schwartz: Coach Fight!
Waiting for Radiohead
Varieties of Disturbance
When They Were Kings: Paid in Full to Tha Carter IV
Never Been in a Riot