Of Gods and Medals 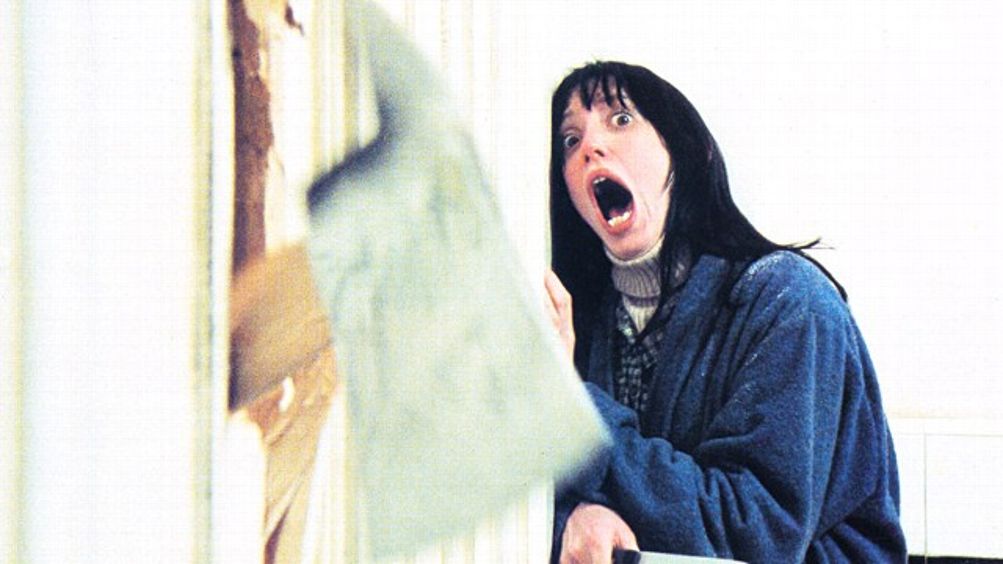 I just saw a documentary that obliterated my cranium. It’s the best nonfiction film I’ve seen all year: Room 237, screened at the New York Film Festival (unfortunately, I don’t think it will be released widely until March 2013, and — even then — “widely” will not include any city that doesn’t have a robust film culture and a very big airport). Directed by Rodney Ascher, Room 237 is an examination of five “secret meanings” within Stanley Kubrick’s 1980 psychological horror-thriller The Shining. There are no talking heads or reenactments; it’s assembled as a collage of scenes from The Shining, other notable films by Kubrick, and a bunch of other not-so-random movies that reflect the cinematic investigation. Here’s the film’s trailer, which is admittedly pretty useless:

Still, the movie itself is fantastic. It approaches The Shining from the perspectives of five obsessive theorists (none of whom are ever shown onscreen — you only hear their voices). Two of the theories are really just deep critical readings of the film: One insists The Shining is about the Native American genocide and the other suggests The Shining is a metaphor for the Holocaust. The other three hypotheses are less reasonable, but more creative and inimitable: One person sees the entire film as Kubrick’s unspoken confession that he faked the moon landing. Another focuses on secret images in the movie that involve the Greek myth of the Minotaur; the third is built around the premise of subtextual synchronicities that hinge on watching the film backward and forward simultaneously. Here’s a long clip produced by Jay Weidner, the guy who thinks The Shining is about how the Apollo 11 mission was a hoax (note: This footage is not taken from Room 237 — it was made by Weidner himself. However, much of what follows is interrogated in the film):

The principal reasons Room 237 is a good documentary are standard — it’s insightful about the topic, funny (without being cruel to the participants), and formally inventive. But it’s also a lucid illustration of something that’s been happening over the last 10 years (and that couldn’t really exist until the digital age): It introduces a new way to experience and consider movies. There has always been “criticism,” which is simply the analysis of what something is and what something means; in the mid–20th century, that process evolved into New Criticism, which suggests every art object should be viewed as an autonomous creation that can be interpreted without having to consider the artist’s intent or the audience reaction (in other words, the critic creates the meaning from a close reading of the text’s technical components). But what we see in Room 237 goes way beyond this, while also circling back to a question that is rarely asked by normal movie reviewers (and never asked by disciples of New Criticism): What was the director really trying to do? What are the secret clues hidden inside the plot, embedded within the background? What was the director trying to say without actively saying the words?1

Here’s another example of what I mean, a short film titled The Shining Code (here again, the following clip is not taken from the aforementioned documentary, but produced by an unrelated independent “researcher” named Michael Wysmierski):

This is something I’ve decided to call “Immersion Criticism,” because it can’t really be done unless you watch a movie 10 or 100 or 1,000 times. It’s based on the belief that symbolic, ancillary details inside a film are infinitely more important than the surface dialogue or the superficial narrative. And it’s not just a matter of noticing things other people miss, because that can be done by anyone who’s perceptive; it’s a matter of noticing things that the director included to indicate his true, undisclosed intention. In other words, it’s not an interpretive reading — it’s an inflexible, clandestine reality that matters way more than anything else. And it’s usually insane.

Here’s another example, this time from Kubrick’s Eyes Wide Shut:

Now, there’s a reason all these examples come from Kubrick films: Immersion Criticism only works if you believe the director really did have some type of secret objective. You have to operate from the position that the film’s creator is a genius who’s using the medium in a profound, personal, noncommercial manner; it also helps if the director is reclusive and refuses to answer questions about what his work means. Since the mysterious Kubrick was (in my opinion) the greatest director of the 20th century (and by a pretty wide margin), he remains the best candidate for this kind of scrutiny, particularly since all his films require multiple viewings2 for even a rudimentary appreciation of what they’re supposed to be about:

In other words, Immersion Criticism isn’t something that can be done to any film you stumble across. The movie I’ve watched the most times is Dazed and Confused, but it doesn’t work for these purposes; I don’t believe (and I can’t even pretend) Richard Linklater had any kind of dark ulterior motive when he made that film, except maybe to increase my appreciation of Black Oak Arkansas. Immersion Criticism is not a utilitarian concept and (generally) only applies to auteurs; it might work with The Master, but it won’t work with Pitch Perfect. You need to pre-assume that something deep and covert is hidden in the matrix.3 You can’t just watch Shakes the Clown 300 times and decide it’s a metaphor for the Khmer Rouge:

Judging from the personal explanations in Room 237, the Immersion process worked like this: They all watched The Shining when it was released, without any preconceived notion of what it was supposed to be (beyond holding the belief that its director was a visionary). Something about the movie stayed with them, even though they weren’t necessarily sure what that was (or even if they necessarily liked the movie). They felt something before they knew anything … and then they just kept going. They kept watching and rewatching the movie (some more than others), studying the background as much as the foreground. That repetition spawned an internal domino effect; once the film’s “secret thesis” galvanized in their minds, everything else dovetailed into the same abyss. But here is the essential key: These people believe they are right. It’s not merely an intellectual exercise; they believe they understand Kubrick’s unspoken motives. And the intensity of that belief — regardless of its accuracy — is what makes their ideas meaningful. It’s a level of engagement that moves in two directions simultaneously: It bores deeper into the text (because the movie needs to be watched dozens of times, detached from the literal narrative) and catapults far outside of the celluloid itself (because the Immersion Critic has tapped into the private, interior world of the director’s consciousness, at least in theory). It’s like a conspiracy theory, except it isn’t remotely harmful — it’s simply a new way to make a complex film more important, highly secretive, and uncomfortably human.

I hope Room 237 prompts this phenomenon to continue. It’s sometimes illogical, but often amazing. I always want people to go further, even if their espoused destination does not exist.