The Second Day of NBA Christmas 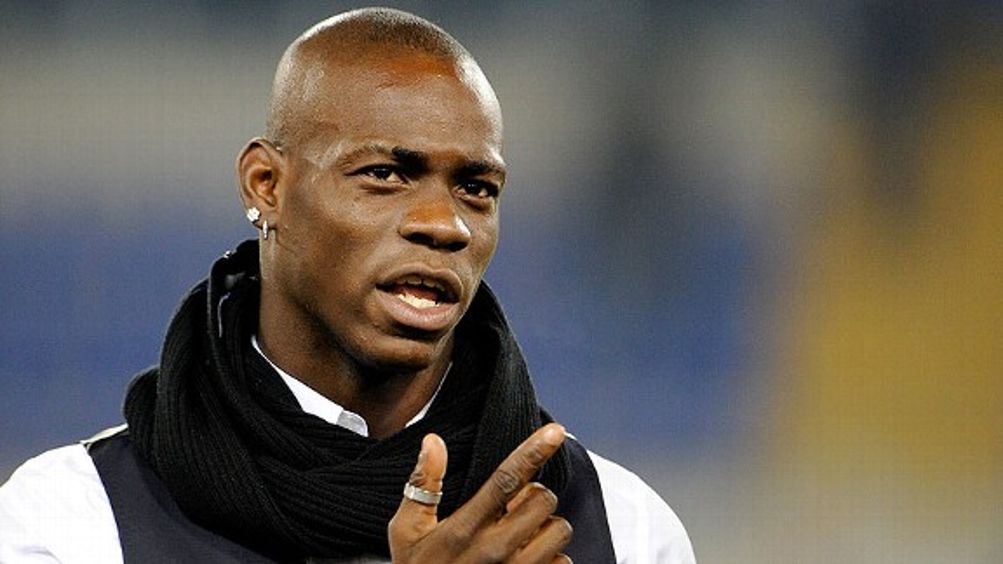 The most popular athletes in the major sports today aren’t actually the winning-est, the most universally likable, or the most skilled. These famous few are no longer human, but they also aren’t ‘larger than life’ public figures who seem invincible or unapproachable. Instead, our most famous athletes exist as ideas that we share and discuss.

The most popular athletes in the world exist as memes.

Lionel Messi is not a soccer player, he is a series of exciting pixels in a YouTube video.

Tim Tebow is not an evangelist who is worshipped by Middle Americans, but an accidental athlete whose antics are analyzed as a cultural phenomenon.

LeBron James is not the best basketball player in the world, he is a source of highlights and 140-character opinion pieces.

Ricky Rubio is seriously just a couple of YouTube videos.

Brian Wilson has a black beard.

It feels like the way I romanticize and regard a successful athlete has changed, and not just because I have ‘grown up’ and grown bitter towards rich and famous athletes who achieved an impossible career goal that I had during my formative years. In the past, the most valuable athletes to a franchise or to a fan were usually those who provided value on the field. Now, I will accept anyone who can deliver a consistent stream of compelling content, even if much of his or her value comes off the field. These days, an athlete who delivers a funny interview on a late-night talk show is probably worth more than one who plays an instrumental part in a win. A role player is better served if he or she is involved in an unconventional lifestyle that lends itself to absurd incidents, as opposed to just being a quiet contributor.

Yes, this means that Mario Balotelli might be the most valuable athlete on the planet right now.

Sure, some fans ‘love the game,’ immersing themselves in the drama, strategy, and complexities of their sacred sport. Despite constructing a rooting interest based on the personality behind a player, a team, or even a city, the mass-market appeal of any element of sport may or may not be suffering due to the demand to compartmentalize the most compelling elements of sport into sharable content. This content must be sharable thru social media, lasting less than 55 seconds, described in a few short keywords or hashtags.

Q: What inspires you to ‘click thru’?
A: Sex, NSFW, ‘amazing goal/dunk/play,’ [name of famous or controversial athlete]

Yes, it is important to clarify for picky memologists that memes can and do exist without the Internet. The Super Bowl Shuffle was a pre-Internet viral video. Bill Buckner was a precursor to the FAIL meme. Thirty-minute blooper videos used to document the random stuff that happened in sports, like people’s pants falling down, streakers, or birds being killed by 100 mph fastballs. It’s weird how all of those references seem like relevant moments in sports history, but now they all might just be a couple of Funny or Die videos that I forgot about from two years ago.

Those of us with enough pride to consider ourselves born in ‘modern times’ have been consuming singular, sharable bits of information in multiple mediums since we were born. However, the impact of meme culture will alter our ability to decipher which moments and people are actually historically significant. Processing highlights side by side with cute cat videos crowds our brains, leaving us wondering whether or not JaVale McGee is an elite NBA player. The power of Terrell Owens as a meme still has teams considering him as a midseason wide receiving option despite being old and having undergone multiple operations.

Memes make it difficult to know who is ‘iconic’ and who is simply ‘shareable.’

Individual athletes who are fortunate enough to be processed as memes are at an advantage in the short-term. For instance, the Tim Tebow experience has left us unable to determine a quantifiable way to measure his success or failure. It seems like everyone agrees that he is destined to fail as a quarterback due to his subpar professional skill set. However, as a meme, he provides compelling content. Even if he eventually fails, he will live on longer than the Ryan Leaf meme, who, like all great memes, has recently written a book to try to justify why his experiences can serve as a model to uplift the human spirit. If Tebow succeeds, he has not achieved ‘greatness,’ he has simply added another element to the Tebow meme experience.

There is also a downside to existing as a meme. Sometimes being evaluated beyond the field of play can lead to the demise of a player. Remember when Gilbert Arenas was known as ‘Hibachi’ and/or ‘Agent Zero,’ providing a series of memorable game-winning plays and forthcoming blog posts that made him Washington, D.C.’s basketball savior? Arenas is the perfect example of a great meme, but we never really knew what he was as a basketball player. Maybe I’m wrong, though, and his greatest moment as a meme might have been the story of when he brought a gun into a locker room just because it seemed funny to him. He wasn’t thinking as a human or as a professional athlete, but as a content creator.

Perhaps the concept of constructing your personal brand as a meme or content farm lends itself to young players more than old-timers. It seems overwhelming to think about a child or tween who has grown up with social media existing as an institution of modern media. The same can be said for an athlete whose identity has been constructed by fans based on Internet content. It will be interesting to see if a young athlete like Dwight Howard leaves Orlando not just for a ‘better chance to win,’ but for a ‘better chance to win the Internet.’ Some athletes have a Kardashian-like drive to become a perpetual source of content.

Consuming sports has become a jumble of trying to sort thru raw information, weighing cultural resonance, and overspeculating historical relevance.

Social media’s positives and negatives have been well documented, but I am fascinated by how accessibility has altered the way we now perceive and interact with ‘the famous.’ There used to be a sense of surreality when it came to having a personal encounter with ‘a famous person.’ Perhaps it is a natural reaction to attempt to document the moment that you shared with someone who is universally relevant. You reach for your camera phone. You tweet or share on Facebook the blurry image of an athlete walking by you in a comfy-looking tracksuit drinking a 64-ounce smoothie. While there are elements of the image that could ‘humanize’ the individual, or even glorify him as a traditional athlete, fans ultimately marginalize ‘the famous’ and ‘the relevant’ into memes.

The reasons we love sports have generally stayed the same despite the evolving media landscape, but the way we consume sports has changed drastically. Consuming sports has become a jumble of trying to sort thru raw information, weighing cultural resonance, and overspeculating historical relevance. As much as we are trying to ‘preserve the sanctity of the game,’ the way we consume it works against the ways that we have traditionally glorified elements of sports. It is important to note that live sporting events still have a real-time appeal that separate them from other realms of entertainment. However, maybe the Internet user in us is watching live because we want to be part of a notable meme that is worth sharing and commenting on rapidly.

Despite the world’s most popular athletes being ‘marginalized’ into memes, especially in the eyes of mass markets, the follow-ability and accessibility of athletes has deepened our relationship with the game, and has probably made it more fun to be a sports fan. I’m just not entirely sure how to tell the difference between a great athlete and a great meme anymore.

Previously from Carles:
Galaxy-Red Bulls Preview: Goodbye David Beckham?
Does Coldplay’s Mylo Xyloto Sound Enough Like Coldplay?
Ryan Adams’ New Album: Too Coherent
Metals and Feist’s Escape From the Mainstream
The Buzzworthy NFL
The Los Angeles Celtic: Robbie Keane Joins Up with the Galaxy
Does the Cover of Rolling Stone Mean Anything Anymore?