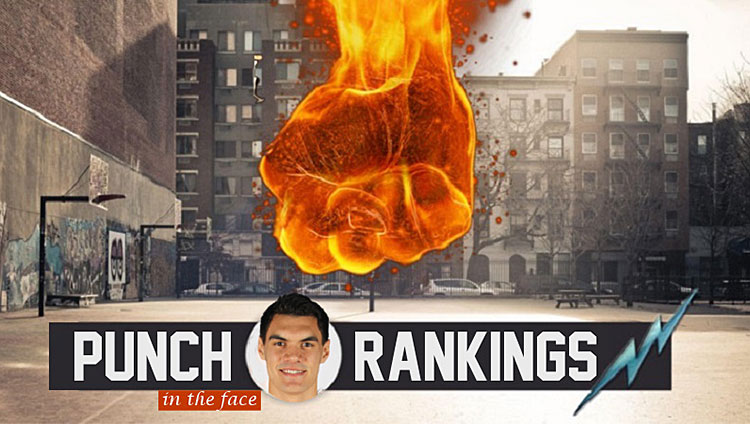 Steven Adams is here to piss you off. “Kid Kiwi,” as they call him in Oklahoma City, couldn’t be any worse of a nickname for Adams. He’s a tough, take-no bullshit-from-anyone, send-you-into-a-blinding-rage-with-a-simple-wink kind of player. And he’s only a rookie.

We need a more badass nickname for this guy. Maybe “The Iron Son” or something? I’m still mulling it over, but I’d be willing to meet in the middle for this kid. “The Concrete Kiwi”? Something along those lines. I’ll keep thinking on it.

In the meantime, the Clippers and Thunder play tonight, so let’s run through the rankings of who’s most likely to punch this dude in the face during the Western Conference semifinals.

1. Glen “Big Baby” Davis: It makes too much sense. They’ll be tasked to cover each other quite a bit during this series, which means plenty of time for Adams to do whatever the hell he does to get under people’s skin. This is exactly what I see happening:

Davis is fighting his little (big) heart out for position on the low block, but Adams refuses to allow him to stay. Davis gets increasingly mad, but Adams won’t budge, whispering in his ear, “Sorry, Glen … but there is just not enough space here for you and your dirty deeds. Try another place on the floor.” Davis gets furious and tries to rip off Adams’s head and throw it across the room like a — oh, say, like a keyboard that’s plugged into a computer.

2. Matt Barnes: I think it’s an unwritten rule that if there’s ever a list of “who will punch … ___?” and Matt Barnes is playing in the series, he’s immediately considered a top-two candidate. These two won’t be guarding each other much, but never underestimate the power of a hard set pick on Matt Barnes. You thought you were impressed when Kobe didn’t flinch at Matt Barnes’s fake ball throw to the face?

Wait until Adams doesn’t respond to Matt Barnes ACTUALLY throwing a ball in his face.

Now, I know Barnes isn’t actually the violent type. He’s more of a “get mad until someone gets in the way … then get REALLY mad” kind of guy. But with Barnes, the temper is there, for whatever reason. Adams brings out the best in those with (and without) tempers — just ask Vince Carter, Jordan Hamilton, Nate Robinson, [takes a sip of water] Larry Sanders, and Zach Randolph. HOLY CRAP. AND HE’S ONLY A ROOKIE!

3. Blake Griffin: Griffin is a far superior basketball player to Adams. That is fact. But in terms of toughness and stoicism, the edge goes to Adams. Actually, Griffin only wishes he was Adams in that category.

Griffin seems to get easily upset over being bullied, and Adams is the most silent of bullies. Wait a sec … WE HAVE A NICKNAME! “The Silent Bully!” Put that on a T-shirt or proceed to seriously fight about this on Twitter. Whichever makes you happier! 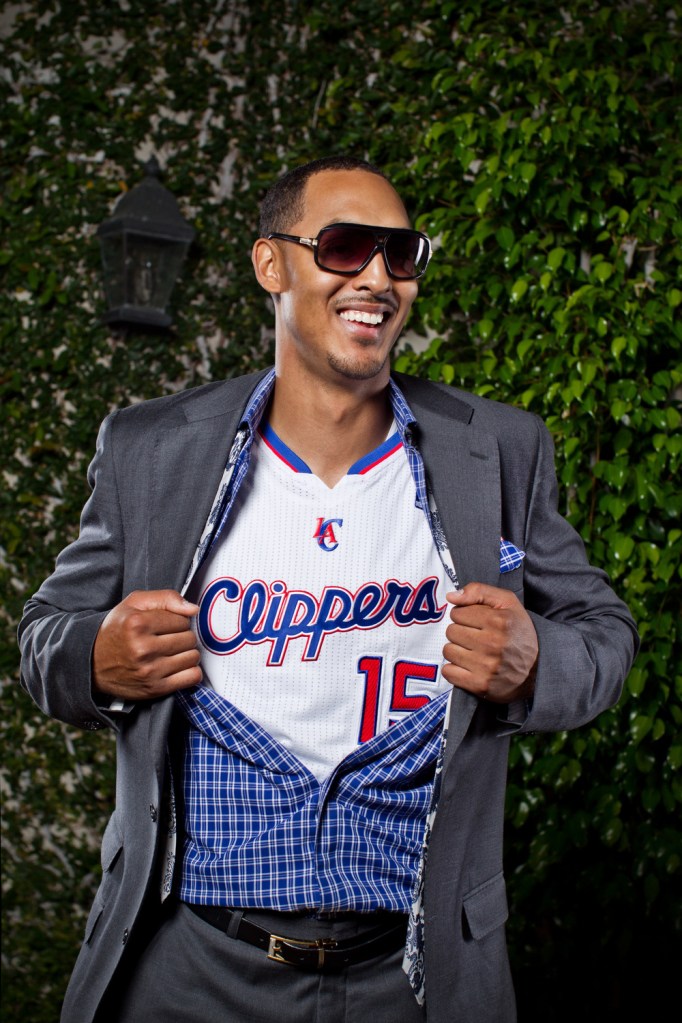 4. Ryan Hollins: If, for whatever reason, Blake Griffin, Glen “Big Baby No Likey Keyboard” Davis, and DeAndre Jordan get into foul trouble, then — da-da-da-daaaaa … Ryan Hollins time! It usually takes a solid 15 seconds of game time for Hollins to get involved in some sort of altercation. There has to be a stat that calculates minutes/fight. There’s also a decent chance that Doc just sends Hollins in to “take care of” Adams. Hollins is actually no. 1 on my “send him in to take care of that guy” list. Brian “THE GOAT” Cardinal is still pretty high up there, though.

Side note: Has there ever been a worse “true identity” reveal than Ryan Hollins in that picture? What do you think the reaction was to Ryan Hollins revealing that his Clippers jersey was under the suit? My guess is a mass, “Ahhh. You’re THAT Ryan Hollins. Dang.”

5. Kendrick Perkins: THIS IS PLAYOFF BASKETBALL!

Expect Adams to take his “piss you off” game to another level by turning the tables on his own teammates. Perkins is so easily agitated that, as much as this was meant to be thrown in as a joke, I could actually see it happening. For whatever reason, I just have a great time thinking about Adams running down the floor with Perkins, constantly reminding him that he will soon EAT ALL HIS PLAYING TIME.

7. Penny Marshall: She is a natural treasure who takes up every bit of my attention anytime the camera is focused on Doc Rivers. Penny clearly gives zero-point-zero-zero fucks and will knock out any player giving her the wrong vibe.