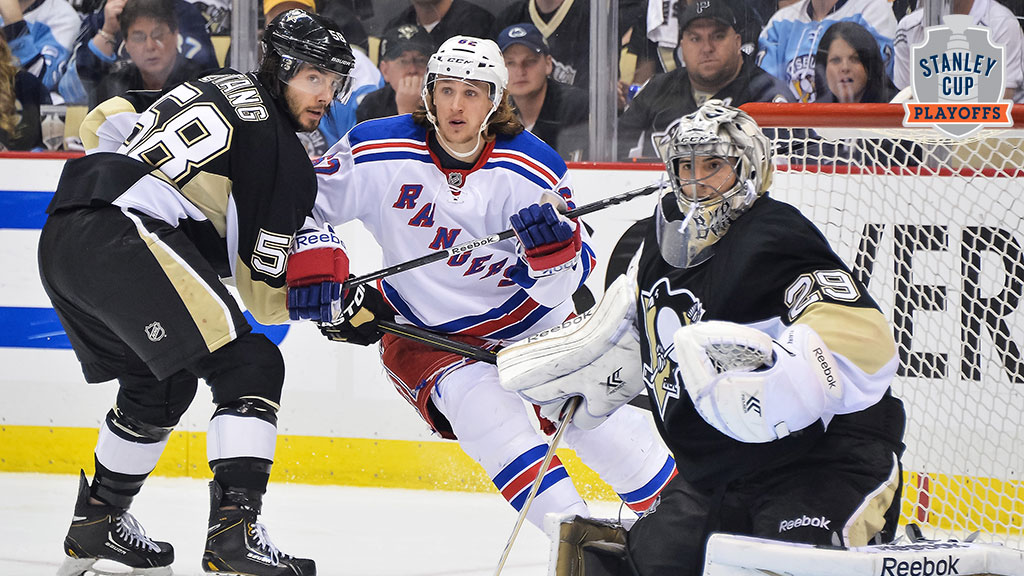 Kings over Rangers? I think we all saw that coming.

Well, maybe not all of us. But while the Kings certainly followed an unusual path to get their hands on the Cup, nobody who was paying attention would call it a shock that they ended up as champions. And even the Rangers’ unlikely run was a possibility that plenty of smart fans had been whispering about for much of the season’s second half.

But even if you weren’t surprised by how the postseason ended, you probably got to enjoy a few unexpected twists and turns along the way. That’s because there were several points we all seemed to agree on in the playoffs’ early days, and which turned out not to be such a sure thing after all.

So here are a half-dozen things that, in hindsight, we were wrong about when it comes to the 2014 playoffs. And yes, it goes without saying that “we” doesn’t mean everyone. Hockey fans are never unanimous on anything, and some of us surely turned out to be right on a few of these. But I do think it’s fair to say that there was, at the very least, a strong consensus on these points.

(Except for you, of course; you knew that all the stuff would work out exactly the way it did. You just forgot to tell the rest of us.)

The Penguins’ chances all came down to Marc-Andre Fleury

What we thought: The Penguins cruised to the top seed in a weak Metro Division. But the regular season didn’t matter in Pittsburgh; they’d be judged by how they did in the playoffs. And no player would be under the microscope more than Fleury, their much-maligned goaltender with a history of playoff struggles. If he played well, the Penguins would head for the conference finals or beyond. If they fell short, he’d be the reason why.

What actually happened: Fleury was fine, putting up his best playoff numbers in five years. The Penguins still lost, and it cost lots of people their jobs, but the blame couldn’t be directed Fleury’s way.

Where we went wrong: For the Penguins, plenty. They blew a 3-1 series lead to the Rangers, with the offense drying up to the tune of just three goals over those final three games. Sidney Crosby slumped, James Neal all but disappeared, the defense struggled, and the team’s lack of bottom-six depth was exploited. Once the playoffs ended, GM Ray Shero and (eventually) head coach Dan Bylsma were fired, and we could be on the verge of major roster changes in Pittsburgh.

Fleury, meanwhile, largely escaped any blame for the team’s disappointing postseason. He wasn’t great, outside of posting back-to-back shutouts early in the Rangers series, but he wasn’t the story. In fact, he seemed to be about as much of a nonfactor as a goaltender can be under the playoff spotlight.

The West was best, but whoever came out of it might be too exhausted to win

What we thought: It quickly became clear that the West was the better conference, which wasn’t anything new. Based on goal difference, six of the league’s best eight teams were from the West, including the two most recent Cup champs. But with so many good teams in the mix, you had to figure that whichever team emerged from the conference would be so worn out that it would have a tough time with whoever won the weaker East.

What actually happened: Sure enough, the Kings’ path to the final featured an unheard-of 21 games against three of the league’s top eight teams. But they still went on to capture the Cup in just five games.

Where we went wrong: After winning three consecutive seven-game series to reach the Cup final, the Kings had the good fortune of running into a team that was almost as exhausted as they were. The Rangers had played 20 games on their road out of the East, including a second-round series against the Penguins in which they seemed to be playing every night.

The Kings were tired and it showed, with the team making plenty of uncharacteristic mistakes early in the series. But the Rangers couldn’t take advantage, despite playing L.A. much closer than the four-games-to-one end result would indicate.

The Canadiens weren’t a threat

What we thought: Chances are, your pre-playoff view of the East looked something like this: The Bruins were the heavy favorite, the Penguins had a shot, the winner of Rangers/Flyers was the dark horse, and you didn’t feel right about discounting the Red Wings, just out of force of habit. That was pretty much it.

What actually happened: The Canadiens ended up just two games (and, Habs fans would say, one Carey Price injury) away from the Stanley Cup final.

Where we went wrong: In hindsight, the Habs deserved more credit. They were a 100-point team, and they drew a first-round matchup with the Lightning that went from “very winnable” to “downright easy” once it became apparent that Ben Bishop wouldn’t play. Not many saw the upset over Boston coming, but once it did, Montreal matched up well with New York and could certainly have won that series if Price had stayed healthy.

So why did the Habs’ run feel like such a surprise? Part of it was probably recent history; they’re just two years removed from finishing last in the East, and they were badly outclassed by the Senators in last year’s playoffs. They also lacked the sort of big-name forwards that make a team a sexy Cup pick.

But more than anything, we probably overlooked the Habs because of another assumption, and it was one that gets its own section …

The Bruins would roll through the East

What we thought: Boston won the Presidents’ Trophy, and in the East only the Penguins came within 15 points of their 117. With what looked like an easy path to a conference finals matchup against the winner of the underwhelming Metro, the Bruins seemed to have a clear route to the Cup final.

What actually happened: The Habs happened.

Where we went wrong: We could break down the Bruins-Canadiens series any number of ways, focusing on themes like the Tuukka Rask/Carey Price goaltending battle or the way the Bruins occasionally lost their composure, maybe even working in a narrative about the feisty, disrespected Habs just wanting it more. But the reality is that the Bruins were a very good team that ran into a tough matchup. Sometimes upsets happen. Life goes on.

The Bruins were the East’s best team this year, and probably will be again next season, with oddsmakers already listing them as co-favorites to win the Cup. Even given what’s shaping up to be a very tricky salary cap situation, they should be fine. Or, we’ll all be wrong about them again this time next year.

The Sharks are a disaster and need to start over

What we thought: After they blew a 3-0 series lead to the third-place Kings in the opening round, the hockey world formed an enthusiastic kick-circle around the San Jose Sharks, then tried to figure out just how many key players needed to be run out of town.

What actually happened: Six weeks later the Kings are Stanley Cup champions, and suddenly losing a close playoff series to them doesn’t seem like such a disaster.

Where we went wrong: Let’s acknowledge up front that this one is still in dispute. Blowing a 3-0 lead is unacceptable, and the Sharks have every right to spend the summer stewing over what might have been. Heck, seeing the Kings go on to win the Cup probably makes the “what if” even more painful.

But it should also be cause for some reflection over what comes next in San Jose, and whether the Sharks really do need to be blown up. After all, they did take the future champs to within a game of elimination. Granted, so did everyone else in the West who ran into L.A., and the way that the series ended will haunt the Sharks’ franchise forever. Word around the league is that big changes are coming in San Jose one way or another, and that’s understandable. But if not being quite as good as L.A. is a reason to slam the reset button, there should be 29 teams reaching for it this summer.
The consensus after the playoffs is that the Kings are the league’s best team, with the Blackhawks right there with them. Are we really sure the Sharks don’t deserve a look at no. 3? And at this point, wouldn’t you be tempted to give them one more year to find out?

The Blues were one player away

What we thought: St. Louis had been one of the league’s best teams since Ken Hitchcock arrived in 2011, but it just couldn’t seem to get over the hump and make a serious run at the franchise’s first championship. If the Blues were going to hang with established winners like the Blackhawks and Kings, it was time to get aggressive and add that final piece, whatever the cost.

What actually happened: The Blues made the biggest trade of the season, acquiring goalie Ryan Miller as part of a multiplayer deal with the Sabres.

Where we went wrong: Maybe we didn’t. We thought the Blues needed to make a big move, but who said anything about it being Ryan Miller?

In hindsight, it’s not hard to see the flaw in all of our logic. The Blues already had a pretty decent goaltending tandem in Jaroslav Halak and Brian Elliott. Neither was close to the conversation for best goalie in the league, but then again neither was Miller, at least since his Vezina win in 2010. Even Blues GM Doug Armstrong said the deal “may only be a five or six percent upgrade,” but that he felt he owed it to the team and its fans to improve the Blues as much as possible heading into the playoffs.

In the end, Miller was barely any upgrade at all, and while he wasn’t the reason the team lost to the Blackhawks in the first round, he couldn’t come close to stealing the series. The team has already indicated he won’t be back next year.

Lately, St. Louis has been linked to departing Senators captain Jason Spezza. He won’t come cheap, but hey, the Blues could be one player away …