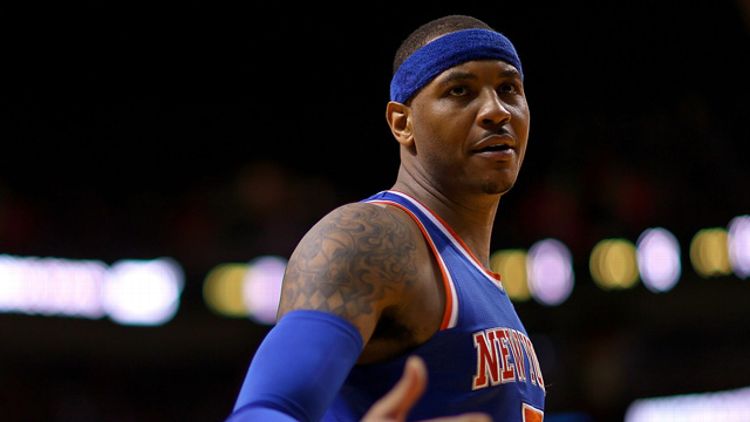 Carmelo Anthony led the NBA in scoring this season, but not everywhere. Every player has their own sweet spots — Shane Battier loves the corners, and Al Jefferson is in love with the left block. After an entire season of play, it’s interesting to look at scoring through a spatial lens. Here’s a look at who was most productive from different parts of the floor during the 2012-13 regular season. 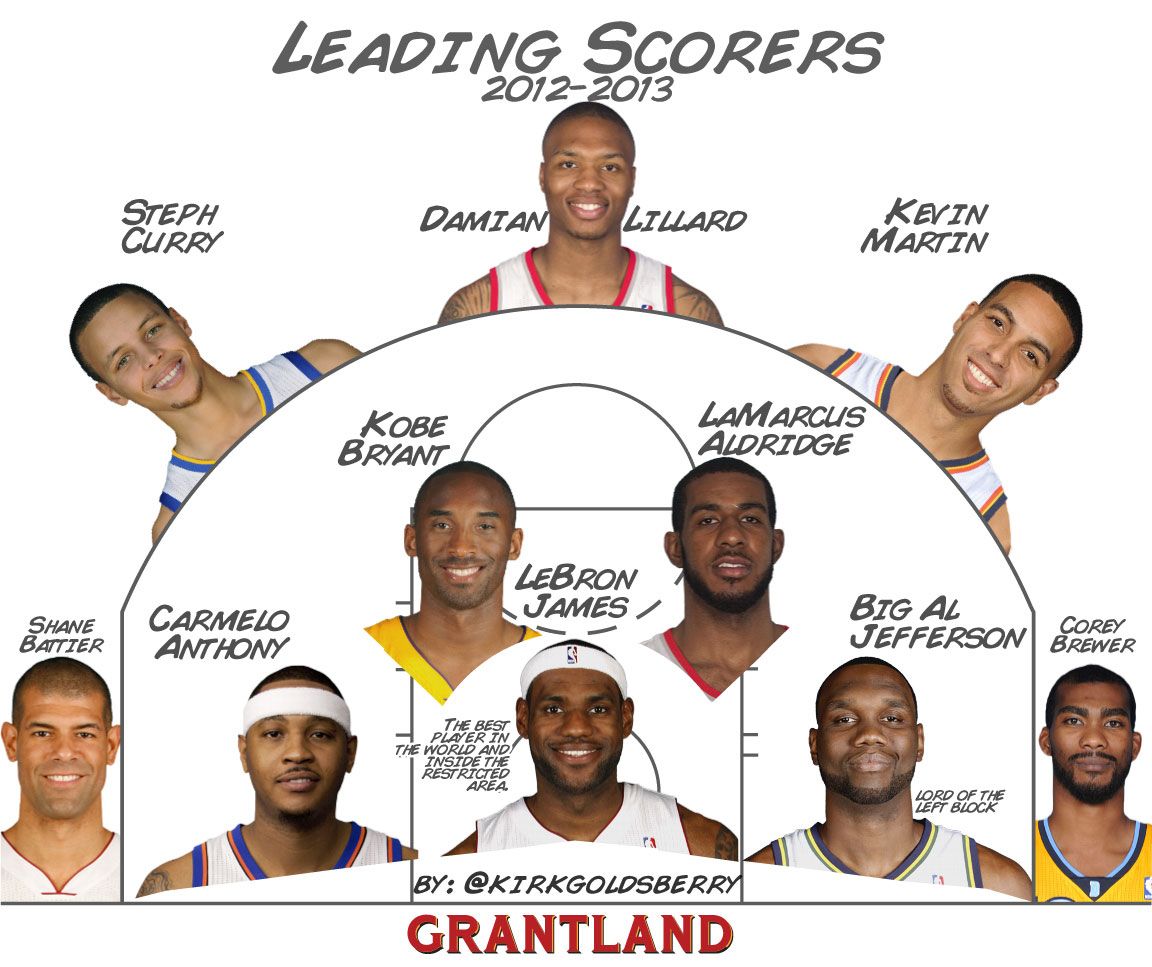 Basketball remains a fairly simple game. If you can regularly score close to the basket, you have a good chance of winning. It’s fitting that LeBron James, the league’s best player, is also its leading scorer close to the basket. Between his post game, his attacking, and his brilliance in transition, James creates and converts tons of opportunities at the rim. As a result, he is the most successful player within the NBA’s most vital space.

Anthony is a much more efficient jump shooter than he used to be. On his way to the scoring title, he actually relied on jump shooting more and shots in the paint less. The combination of his improved jump shot and playing alongside better guards enabled Anthony to score a ton of points away from the basket. He especially loves that midrange shot just off the right block, where no player made more baskets in 2012-13.

Kobe Bryant is one of the most proficient elbow shooters of all time. Using a combination of great footwork, sneaky veteran tricks, and a battle-tested jumper, Kobe can get his team a decent scoring chance in almost any possession, a skill that seems very undervalued in conventional player assessments. This past season, Kobe’s jump shooting was more concentrated than ever, as he chucked up a ton of shots near that right elbow. Late-era Kobe provides a great role model for younger superstars seeking ways to extend their offensive half-life despite declining athleticism.

No player in the NBA shoots more midrange shots than LaMarcus Aldridge. The guy is in love with 2-point jumpers. As a result, he led the league in scoring around the left elbow, which is a testament more to his volume than his efficiency. Aldridge hits these shots at a rate that is only slightly above the league average. As he matures, it will be interesting to see if his efficiency improves; if it does he will become both a very effective scorer and an important spacing agent for his teammates.

Jefferson is perhaps the most predictable scorer in the NBA. If you were watching a Jazz game during the last few seasons and Big Al was on the floor, chances are you would find him loitering some place around the left block. Nobody in the league attempted nearly as many shots as Jefferson in that area. It will be fascinating to see if this changes at all as he moves into a new “offense” in Charlotte, but I don’t think it will. Regardless, Jefferson is great because he’s a pure low-post guy, perhaps the last of a dying breed of NBA forwards.

When the Heat acquired Battier a few years ago, the entire climate around the team changed. Battier is a “pro’s pro” who can help your team win basketball games in countless ways. However, I don’t think many people expected Battier to emerge as the NBA’s best corner shooter. No player made nearly as many corner 3s as Battier during the regular season. I always say that corner 3s are more team accomplishments than individual ones, but it still takes a real shooter to knock down the actual shot, and nobody did that more than Battier.

The best young perimeter shooter is Steph Curry. Before those epic Finals, you could argue that Curry was the breakout star of the NBA playoffs. There was nothing more exhilarating than watching the Warriors guard heat up during a playoff game in Oakland. He is a great shooter from everywhere on the court, but was particularly proficient along the right wing, where he made more shots than anyone else.

In a league busting at the seams with elite point guards, Damian Lillard stands out as one of the best young talents. Lillard was obviously the steal of last year’s draft class, and proved to be an effective scorer and facilitator for the upstart Blazers. One of the most important shots for NBA point guards is the 3 at the top of the arc; if you can make this shot, you keep defenses honest and open up attacking lanes off the dribble. No player hit more shots from this key space than Lillard, which is truly impressive considering his age. Many great point guards never develop a reliable 3-point shot at any stage of their career. Lillard showed up with one.

Poor Kevin Martin … he will go down in history as a key component of the dumbest NBA trade of the decade. It’s not his fault. Regardless, Martin remains an elite shooter who is especially great in catch-and-shoot scenarios along the left wing, where he led the league in scoring this season.

Corey Brewer might be one of the preeminent “3-and-D” guys in the league. As a scorer, he has come a long way as a perimeter threat, and his ability to knock down corner 3s provides the Nuggets with a key spacing tactic that opens the floor for his high-flying teammates. Brewer especially loves the left corner, a.k.a. Ray Allen’s happy spot, where he outscored everyone this season.