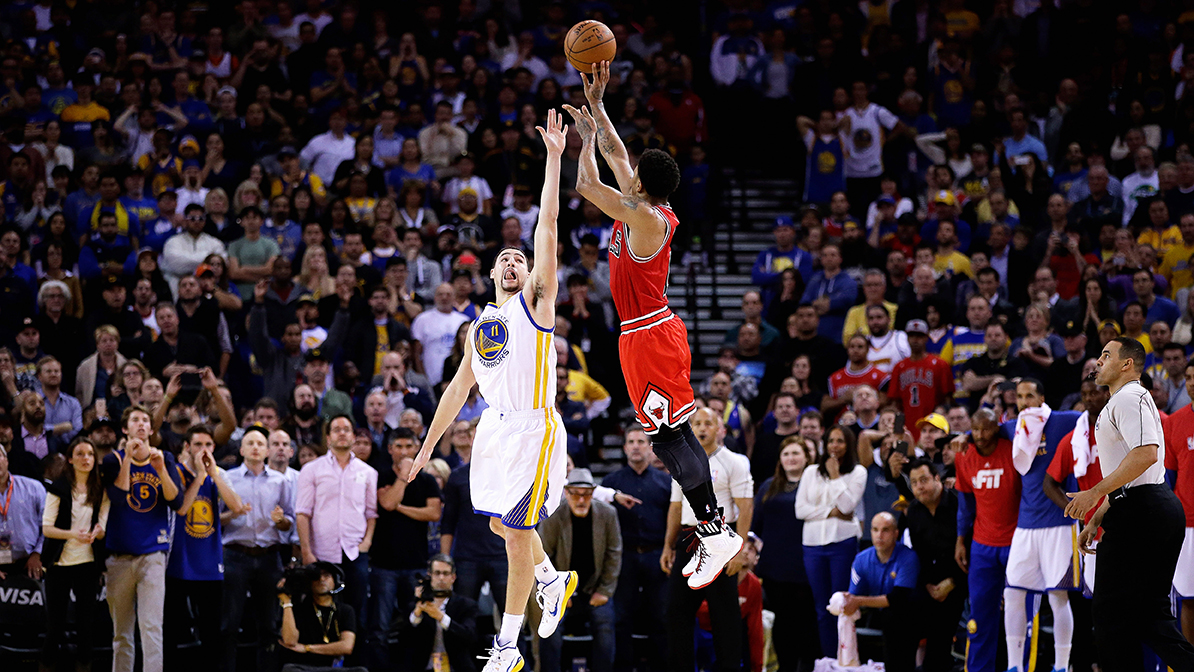 Three recent events stand out as signifiers that we are living in an age of basketball enlightenment.

The first took place during Game 1 of the 2013 Eastern Conference finals, when the Indiana Pacers’ Paul George just barely overplayed LeBron James, at the end of overtime, in a sequence that unfolded at superathlete speeds over the course of a whole 2.2 seconds. James, surrounded by shooters, caught an inbound pass from Shane Battier, surveyed the defense, and then took one hard dribble past George and scored the game-winning layup.

In the wake of that basket, thousands of words were sacrificed to explore whether Pacers coach Frank Vogel was right to have pulled Roy Hibbert for the final defensive stand, ponder how Hibbert’s presence might have changed the switches Indiana used to smother Miami’s shooters, and second-guess George’s positioning in that final 2.2 seconds. It was, no doubt, the smartest LeBron James–related playoff clutch-time discussion ever (though, to be fair, “LeBron is a choker” is a pretty low bar), and it was illustrative of just how small the margins are at the highest levels of NBA basketball. George overplayed James by inches, on a play that lasted only seconds. And that was enough to cost the Pacers the game.

In this age of enlightenment, “hero ball” has become an epithet. And no wonder. Numerous studies have found that iso offense is, because of its predictability, not as efficient as actions that involve motion — both of ball and players. Take away the element of surprise and eschew misdirection, and even the lamest of NBA defenses will look pretty good when given the time to set up.

But there’s a flip side to the demonization of hero ball, which is that not an insignificant number of the greatest moments in NBA history are hero shots. In other words: Hero ball is awful, except when it works, because then it’s the best.

No kid stands in his or her driveway counting down the imaginary seconds of the big game just to then pass the ball. The hero ball shot, inefficient though it may be, speaks to the innate spirit of human ambition. It takes very little imagination to live by the percentages, and quite a bit of imagination to think you can beat them. To dare is risky. Which is why it’s entertaining. If I have to choose between a one-man show or the safest way to win, give me the show.

And so, with both feet firmly planted in the efficiency age, let us now pay homage to some of the most garbage plays in NBA history.

Look at this shit. Seven seconds left — an eternity, really — and coming out of a timeout! The best action the vaunted Showtime Lakers can come up with is Magic pounding the ball for three seconds, driving into a triple-team (consisting of two of the best shot-blockers in the league that season, plus Larry Bird), and throwing up a low-percentage, midrange shot. Meanwhile, Kareem Abdul-Jabbar, the league’s all-time leading scorer, whose skyhook is considered even today to be one of basketball’s most devastating offensive weapons, stood wide open, six feet from the hoop. An abomination. Yes, they would go on to win the title, but that’s beside the point.

Perhaps no other player has done more damage to the ideal of efficient basketball than Michael Jordan. His title-winning shot in Game 6 of the 1998 Finals against the Jazz is everything wrong with the pre-analytics NBA. An iso, over dribbling, which leads to an uncalled offensive foul, ending in a long 2. Even worse, shots like this from MJ inspired a raft of not-as-good gunners over the years, including Analytics Antichrist Kobe Bryant, who played self-righteous, spotlight-hogging basketball for nearly 20 years on his way to five NBA titles. Terrible.

Tracy McGrady’s 13 points in 35 seconds to shock the Spurs on national television may have been an incredible display of shot-making. But you definitely don’t want young players thinking that iso-ing on one of the best man defenders in the league and tossing up a contested prayer is something to aspire to. Call for a pick, dude. Well, at least it wasn’t a long 2.

Allen Iverson was one of the most culturally significant NBA players ever. He was an antihero who represented the ascendency of hip-hop as a force in popular culture. Which is why this shot is inexcusable. Was there anyone on earth — or really any life-sustaining, technologically advanced planet with access to terrestrial broadcasts — who didn’t know Iverson was taking the final shot here? Think of the children.

In Game 5 of the 2007 Eastern Conference finals, LeBron James scored 48 points, including 29 of the Cavaliers’ last 30, to power Cleveland past Detroit and force a Game 6. If those numbers aren’t enough, the above shot — LeBron taking a forced long 2, with three Pistons around him and 34 seconds left in overtime — is indicative of the selfishness of the performance. Steve Kerr had it exactly right when he remarked that James’s late-game heroics reminded him of Jordan.

Kobe’s historic 81-point game against the Raptors. The low point of basketball in the 21st century. It’s as if every single possession were specifically designed to inspire David Berri to write The Wages of Wins.

Derrick Rose was 12-of-32 from the field with 11 turnovers and one assist, playing on the road, against the best team in the NBA thus far. And despite that historically ugly display, Rose had the unmitigated gall to call his own number and take a long 2, with time running down, over Klay Thompson — one of the best perimeter defenders in the league. We can only hope that smart NBA fans can see past the ball going in and recognize that Rose’s shot was objectively a smoldering garbage-barge fire.

What about extenuating circumstances? Those which might make hero ball more acceptable? Like, say, the hot hand effect? Numerous studies have found no conclusive evidence that the hot hand effect — i.e., that success in a discrete event bleeds into the next event — either does or doesn’t exist. To which I would say, billions of people believe in God, and they’ve never even seen Him score 37 points in a single quarter on 13 straight baskets.

Be that as it may, even if there were an effect that imbued players with powers approximating a custom video-game setting, leading to offensive explosions that caused all of those watching to involuntarily convulse like Joe Cocker at Woodstock, does that excuse the selfishness of hero ball? Or excuse that such magical events would surely inspire countless others, in driveways and playgrounds and gyms, to follow in the footsteps of these remorseless gunners? Why not inspire players to play the smart odds? It’s disappointing because an elite team like the Warriors should know better than to derail their offense just to give the ball to a player who’s hotter than a house on fire on the slopes of an erupting volcano on a planet whose sun just went nova.

Thank heavens these kind of plays are finally behind us.