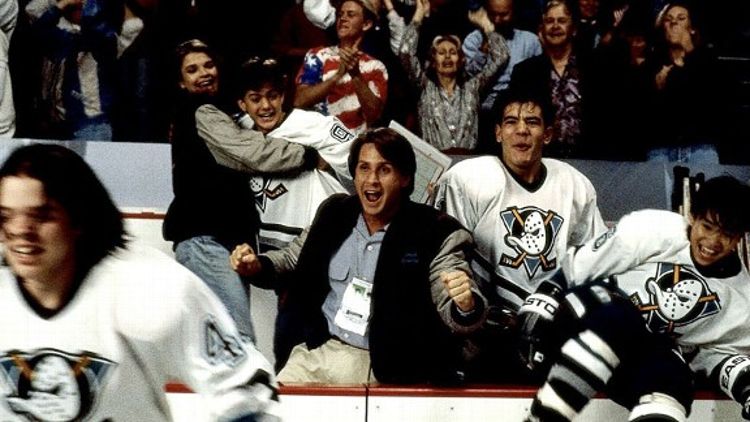 The original title for this piece was “Hockey in the Hood.” It’s catchy and slightly alliterative, something both Jesse Jackson and Walt “Clyde” Frazier would undoubtedly support. With that said, it also sounded like some short-lived, municipally funded, inner-city after-school program designed to teach the rules of the game to “troublesome” youth in dire need of constructive extracurricular options. On top of that, something about “hood” wasn’t sitting well with me.

So I scratched it.

This isn’t about any sort of program or initiative, but instead an attempt to illustrate the most fascinating neighborhood transformation I’ve ever had the privilege to witness.

In March 1994, three days before my 7th birthday, D2: The Mighty Ducks was released in theaters. I owned and thoroughly enjoyed the first installment of the series, but at the time it was no match for my daily routine of Aladdin for breakfast and Fievel Goes West for dinner. But D2 came out and everything was different.

I don’t know if you remember being 7 years old, but there’s a good chance sports were the only thing that mattered to you. Not friends, not family, not eating, not sexting, not sleeping, just sports. This was the age at which my mom had to sit me down and tell me I couldn’t play a fourth organized sport, the age I slumped into my darkest depression because Ron Gant broke his leg driving an ATV, and the age my only non-Highlights reading was Sports Illustrated for Kids. It’s also the age from which I currently derive 90 percent of my sports knowledge. Honestly, for all I know Luc Robitaille is still a left winger for the Los Angeles Kings and Lenny Dykstra has gotten over his bad-boy ways to become one of the MLB’s most model alumni.

Flashback digression aside, D2‘s release changed everything, not only because it was the perfect sports movie, but mainly because it pulled off the seemingly impossible: It caused a certain demographic to get really, really into hockey.

It started with watching the film in my own household, over and over again. Then that turned into watching it with my neighbor, talking about how awesome it would be to play in that pickup, rooftop hockey game. Soon it became apparent that this conversation was happening between friends all over the neighborhood. As the spring turned into summer, a neighborhood once littered with little black boys in Jordan jerseys playing “Around the World” and “21” until it got dark was slowly transforming into something very different.

First came the sticks. Atlanta is a city carved out of a woody forest, so the first great hockey skill was “raking the leaves” by way of slap-shotting pine cones from the driveway onto the street, a la Fulton Reed. Next came pucks. Kids were spending three to four hours in their driveway working on their Charlie Conway triple-deke. Then, for some of us, came the wheels. In my neighborhood, the breakdown was 50 percent with Rollerblades, 30 percent with roller skates, 15 percent with Air Force Ones, and the unfortunate 5 percent with Sambas. Next came nets, a clutch addition to the neighborhood, seeing as that previously, every missed shot involved a three-minute delay to go track down a puck that had rolled down the hill. Finally, after many a jammed finger, skinned knee, bruised shin, and worried mom came the gear.

Helmets, face guards, mouth pieces, chest protectors, gloves, elbow pads, knee pads, and shin guards. Halfway through the summer, my neighborhood had officially become Hockeytown USA. A basketball hadn’t been touched in weeks and the goal was beginning to collect pollen at an alarming rate. Instead of spending time whispering “Jordan” every time I swished a jumper, I was modeling my entire game after Adam Banks. My neighbor, on the other hand, was much more concerned with one thing and one thing only.

I get the chills just thinking about it.

While I had no issue with being the neighborhood’s resident cake-eater, Russ Tyler (played by Kenan Thompson) was the undisputed idol of every 7-year-old I knew. For us, the knucklepuck was the hockey version of the cross-over. And-1 on ice, if you will. Everyone swore they could control it, make it bob up and down, and score. Obviously, no one really could on a consistent basis, but when it worked, you’d have thought that kid just figured out a new SNES cheat code. Games would stop and said knucklepucker would get his five minutes of well-deserved fame.

As the summer came to a close and school started back up, the hockey craze that had swept my neighborhood slowly began to fizzle out. There was recess to be had after lunch and, without fail, that meant 45 minutes of knockout. Sure, we put basketball on the shelf for three months, but it quickly made its way back into our lives and never really left after that. The hundreds of dollars of equipment purchased (sorry, Mom) became a dusty staple in the “former sports bin” that exists in garages across the country. But, as is evident from the very nature of this article, the joy and hilarity that was the Summer of 1994 won’t soon escape me.