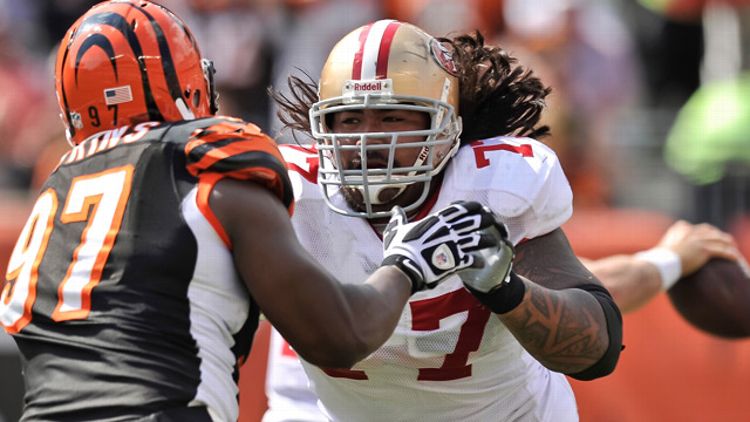 What do smart NFL teams do in and around draft day that naive, stupid teams don’t do? They draft better players, of course, but it’s not that simple. They don’t “want it more” and will themselves into picking better players. The dregs of the league don’t just forget what winning football teams look like and come away from the draft with three punters and a kicking tee. Matt Millen drafted Calvin Johnson. The Browns took Joe Thomas at the top of the first round. Dumb teams do brilliant things sometimes. And likewise, the teams we perceive to be among the league’s smartest make plenty of mistakes on draft day. The Ravens traded up to grab Kyle Boller. The 49ers took Alex Smith over Aaron Rodgers. Bill Belichick has drafted dozens of useless defensive backs over the past few years. This stuff happens.

Because they occasionally screw up, we know that it’s not that the league’s wise teams are privy to some super-secret scouting technique that the dumb ones can’t pick up on. They don’t see some tiny hitch on tape or have some perfect interview question that reveals everything about a player’s future. And players don’t come fully developed out of the college womb, either; they continue the growth and maturation process at the professional level, and it would be naive to pretend that the organization they end up in doesn’t have a huge say in that. It’s no accident that linebackers for the Steelers and defensive linemen on the Giants seem to develop more reliably than if those same players lined up for the Chargers or the Jaguars.

So, there’s no foolproof plan for executing well during the NFL draft. That’s a bummer. If you look at the teams that have been notably successful (or unsuccessful) in the draft over the past several years, though, certain best practices stand out and continue to reappear. Follow those best practices, and your organization will surely, with a quarterback and a bit of luck, be heading to the Super Bowl for years to come!

Oh, you want an actual list of those best practices? Well, just this once. Let’s start with the worst trade in football:

• Benefit from 2-for-1 deals. No, the NFL 2-for-1 is not a coupon that grants you extra draft picks just when you dearly need them. Instead, it’s a trade archetype that has helped push the 49ers into owning arguably the league’s most talented roster. The 2-for-1 is the deal you make when you give a second-round pick to a team in need while acquiring a future first-round pick in the process. At the MIT Sloan Sports Analytics Conference in March, this trade came up in discussion as possibly the most obviously egregious decision a team can make. I’m not here to disagree with them.

There are three recent examples of the 2-for-1 swap, and, well, they haven’t turned out very well for the team giving away the future first-round pick. I’ll also throw in a fourth deal that saw a very late first-round pick trade hands:

In each case, the second-round player that each team was willing to pay for ended up being a disappointment. Ingram’s averaged less than 3.9 yards per carry in an offense where his predecessor in the same role, Chris Ivory, averaged 5.1 yards per pop. The Broncos let Smith go for a late-round pick after one year. Carolina got six sacks in two years from Brown before moving on. Ugoh never stuck as Indy’s left tackle of the future and retired after just 40 NFL games. Goldson became a Pro Bowler, while Iupati and Thomas might be the best players in football at their respective positions. These are staggeringly bad trades.

Why do teams sacrifice that future first-round pick for the chance to get a second-round talent now? A variety of reasons. They might have a first-round grade on the player and think that they’re getting the talent a year early. The general manager could consider his job to be in jeopardy and want to acquire as much talent as possible before getting fired. Maybe he sees the following year’s draft as a weak crop. In any case, though, dealing a second-round pick for a first-rounder seems to work out about as well as the idea sounds on paper.

• Stay patient and trade slowly up. Consider this trail for the 89th pick in the 2009 draft, a selection originally owned by the New England Patriots. The Patriots dealt that pick away as part of a 3-for-2 trade with the Titans that gave them Tennessee’s second-round pick in the 2010 draft. That pick became the 47th overall selection in that draft, which would be a good enough deal on its own if the Patriots hadn’t just been getting started.

Next, the Patriots dealt that 47th pick to the Cardinals, who gave them the 58th and 89th picks in the 2010 draft. Bill Belichick then swapped that 58th pick with the Texans, who gave him the 62nd and 150th picks in the 2010 draft, selections Belichick used on Brandon Spikes and Zoltan Mesko, respectively. That 89th overall selection? The Panthers coveted wide receiver Armanti Edwards, he of the five career catches, and were willing to make a 3-for-2 swap with the Patriots to get him. Because the Panthers were the worst team in football during that subsequent season, the second-round pick they handed New England became the 33rd overall pick in the following draft, a selection they used to nab Ras-I Dowling. (Nobody’s perfect).

By being patient and trading into the future, the Patriots turned the 89th overall pick into the 33rd, 62nd, and 150th overall picks. Most NFL general managers would be afraid to make those sorts of moves because they would be worried about their job security, but the stability in New England means Belichick can plan ahead without worrying about being fired. Of course, that leads to the ol’ chicken-versus-egg problem: Is Belichick smart because he has stability, or does he have stability because he’s smart? In any case, it’s clear to see how valuable manipulating draft trades can be.

• Leverage your strengths. This extends to the Belichick question. Because Belichick knows he’s not about to get fired, he can take a longer-term view of his team’s need to acquire young talent than most of his trade partners, which allows the Patriots to make what would otherwise be lopsided trades. They leverage their patience and stability into smart decisions.

Your strengths can be both off-field and on-field assets. If you’re the Steelers, you can afford to be slightly more patient in pursuing outside linebackers, because there’s a very strong likelihood that your development process will turn whichever above-average talent you do end up acquiring into a superstar. On-field, consider the Saints and what they can do because they have Drew Brees at quarterback. Because their scheme is so fast and Brees’s release is so lightning-quick, they can skimp a little bit at offensive tackle and trust that Brees will cover up some of his line’s weaknesses. You don’t want to line a turnstile up at left tackle, but maybe Brees allows you to take a lineman two rounds later than you would with an average quarterback. That means you’re getting a better player at a different position with that pick two rounds earlier.

• Identify and exploit market inefficiencies before everyone else. It’s one thing to see that the Patriots are using two athletic tight ends and enter the draft hoping to find two of your own. It doesn’t work that way because the Patriots already have the two that you’re looking for, and since the rest of the league also wants to have two dynamic weapons going up the seam, the price of a tight end in the draft is going way up. As I’ve said before, you don’t want to copy the Patriots (or any other smart team). You want to beat them to whatever they’re going to do next.

Take the Seahawks, who pulled that off to perfection in their secondary. Then–defensive coordinator Gus Bradley wanted big cornerbacks for his scheme, even if they were a half-step slow. Big cornerbacks weren’t exactly in style, which allowed the Seahawks to get 6-foot-4 Brandon Browner as an undrafted free agent out of the CFL and draft 6-foot-3 Richard Sherman in the fifth round of the 2011 draft. Those moves produced two Pro Bowl–caliber cornerbacks. Now, with Bradley in Jacksonville as head coach and his defensive ideas spreading around the league, guess what he (and the teams that are biting his style) are looking for? More big cornerbacks! Seattle wouldn’t be able to get Sherman in the fifth round today, but because they were ahead of the curve, they found a star for virtually nothing.

Truthfully, most NFL teams know these rules, and many would agree with the tenets I’m suggesting. The problem for them, as Rams COO Kevin Demoff noted at the Sloan conference, is that they’re often desperate. Desperation leads a team to believe that they’re the exception to the rule, that their read on a particular player is so accurate and strong that they can deal a 2-for-1 or ignore the market prices for a given position. They often know a lot less than they think. But that’s another topic for another week.