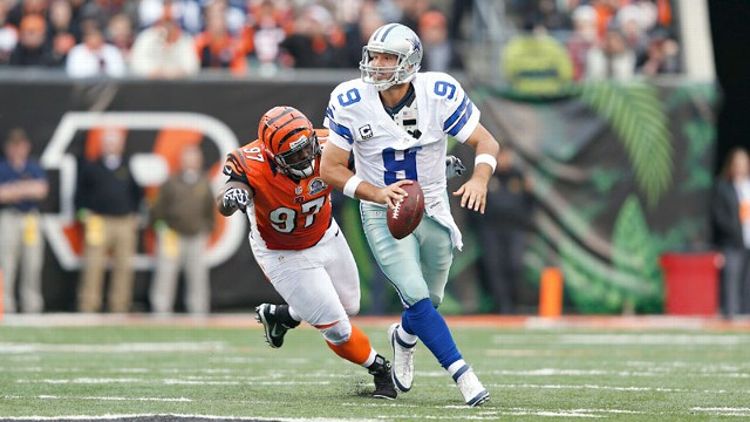 Earlier today, the NFL made it official that, indeed, the Cincinnati Bengals will again be the subject of HBO’s beloved, perfect, likely endangered Hard Knocks. More than ever, it seems like teams are hesitant to bring the all-access series to their training camps, and the network reportedly was refused by a handful of franchises before landing on the Bengals, who were also featured on the 2009 version of the show.

That’s not to say Cincinnati is an unattractive choice. The Bengals have made the playoffs for two straight seasons, have a young quarterback facing a potential turning point, and feature one of the best skill-position players in football in A.J. Green. Green has been excellent in his first two seasons after going fourth overall out of Georgia in 2011, but while the Bengals’ best player did spend his college career in Athens, he’s a former fourth-round pick who resides on the other side of the ball.

If we’re limiting our evaluations to terrestrial beings (which would exclude J.J. Watt), it would be reasonable to argue that Geno Atkins, the Bengals’ 25-year-old, force-of-nature defensive tackle, was the best defensive player in the NFL a season ago. His 12.5 sacks were tied for 15th most in a single season by a defensive tackle in NFL history, according to Pro-Football-Reference, but sack totals do very little to illustrate just how dominant Atkins was. His 62 total hits and hurries (as tallied by Pro Football Focus) were 13 more than the next best defensive tackle (Ndamukong Suh), and his 86 total pressures were the third most of any defensive player in the league. Let’s note this again — he’s a defensive tackle.

The dominance translated to the run game as well, where Atkins’s 28 stops (again according to Pro Football Focus) were second among defensive tackles. His 18 tackles for loss were also best at his position, according to Advanced NFL Stats. And while the numbers are great and all, with Atkins, they aren’t even comparable to the video evidence. One of the best plays of the NFL season comes at the 1:36 mark in the video above, when Atkins drives 315-pound Willie Colon fives yards in the backfield before casually discarding him and burying Ben Roethlisberger. If you’re too lazy to scroll, here’s a GIF:

That is pure carnage. At 6-foot, Atkins is one of the strongest players in the entire league, a scary-powerful bundle of leverage who can get under just about every interior lineman in football. That’d be fine if he also weren’t a knifing run stopper who’s also a nightmare as a speed rusher against woefully outgunned guards. If there’s anything better in that video than the destruction of Willie Colon, it’s watching Atkins terrorize poor Eli Manning. It’s to the point that I almost, almost feel bad. Ya know what? Just watch the whole video. Preferably twice. Of all the things to be excited about in Cincy, this guy tops the list, and when it comes to defensive players not named Watt or Miller, there’s no one I’m looking forward to watching more this fall.