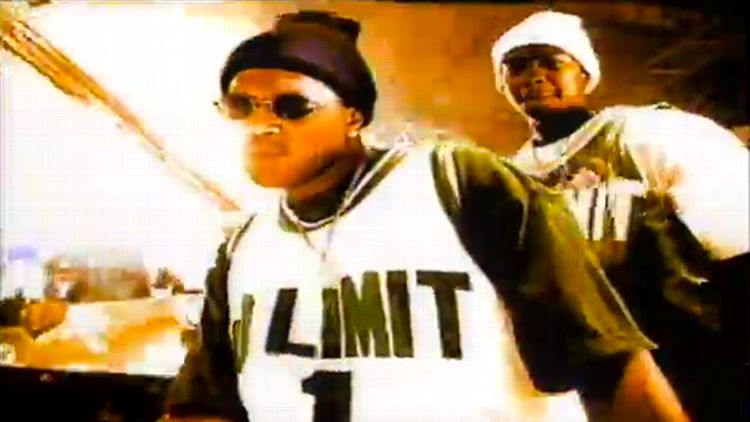 Welcome to our newish series, Rembert Explains the ’90s. Unlike the source material for our previous, ’80s-themed series, these videos have been seen countless times, with the result being an unparalleled, almost embarrassing level of expertise. Rembert will write down his thoughts as he’s watching the video, then we’ll post those thoughts here. This week’s installment, selected by Rembert, is “Make ’Em Say Uhh!” by Master P (1997). If you have an idea for a future episode of Rembert Explains the ’90s, e-mail us at hollywood@grantland.com.

0:01 Starting the song and video with the Master P “uhhhh” and the “Master P” jersey. Unbeatable combination. I’ve needed that jersey for 16 years.

0:04 I don’t think we have the technology necessary to re-create that cursive spray paint Limp Bizkit font. 0:08 Take note of how many jerseys are in this video. And how long and wide they are.

0:12 I remember not being at all fazed by the tank that casually rolls onto the court.

0:18 I know the censored version has different lyrics, but Percy really set a high bar with the opening lyrics of “N—-, I’m the colonel of the motherfucking tank.” I’m talking Kilimanjaro. Everest, even.

0:23 If this beat doesn’t make you jump up and down and entertain the thought of robbing a corner store, I really don’t understand you.

They make the Compton Clovers look like the cast of Pitch Perfect.

0:39 I know it’s commonplace to go back and laugh at No Limit Records, mainly because of its swift downfall, but this song, and this era, and this man were so great. Just look at him. 0:48 I have a list of music videos whose shoots I wish I were present for. It’s a long, frequently agonized-over list. This is in the top five. Few crowds look as if they are having much fun (another obvious finalist: “Country Grammar”).

Master P: OK, Imma go black skull cap and black shirt.
Silkk: Bout it. I’ll go white skull cap and white shirt.
Master P: Got an idea. Let’s do that, but then YOU GO DARK JERSEY AND I GO WHITE JERSEY.
Silkk: Nice, it’s like our outfits internally contrast, similar to the way we contrast with one another.
Master P: Wobble.

0:59 I’ve always been confused as to why those who seemed to be on P’s team (other white jerseys) were playing defense against him. But then again, that’s the 124th most unanswerable aspect of this video.

1:12 As I recall how much money No Limit had at this time, I wouldn’t be surprised if the glitter raining down were actual diamond flakes. Side note: This video cost $93 million. The low-key MVP of the video.

1:22 Forgot to note who’s playing in this game: No Limit vs. the Hustlers.

It’s like the Globetrotters vs. the Washington Generals, but with tanks.

It’s almost like Percy wrote the basketball script for this music video or something. I wonder if this is the clip he sent for his Charlotte Hornets tryout?

1:38 Another great third-person Fiend line: “Little Fiend still want the greens, the cornbread and the cabbage.”

1:42 While not a fan of the censored version, the one gain is the sound effects used as censors. Most are carnival sounds. All are fantastic.

1:51 No one has been more dominant on Fisher Price basketball hoops than Master P. I think he’s got a quadruple-double, and there are still three more verses.

One of the best rap video cameos. Ever. We as a genus don’t talk about his role in this video nearly enough.

2:34 I know it’s easy to fall under the spell of Silkk’s scataerobics, but it’s important to notice that a fight has broken out at half court. You know, right in front of the tank.

2:39 Nevermind. Not a fight. Just No Limit Moshing.

2:52 Shaq should have been a No Limit Soldier. Or maybe he was, unofficially. I’m pretty sure they were the first Money Team. This verse is so underrated. Probably tied with Master P as the second best. She’s great.

2:58 I loved the fact that she got her own male cheerleaders, especially since their synchronized move was a crossover. I can’t decide what would be weirder: Mystikal wearing no. 4 or something weird, like no. 62. I guess they have a winner.

3:08 There he is again, continuing to win this music video: 3:36 I hate it when, midgame, a tank that sits on the baseline shoots a missile at the opposite backboard, causing an explosion. Such an annoying delay of game.

3:43 Why is everyone running? The only thing that happened was a tank shooting a missile at the opposite backboard, causing the goal to explode. What did you THINK the tank was? A No Limit ice cream truck?

3:45 Props to the players on the court for continuing the game, even through the second missile.

3:46 Mystikal’s verse: one of the most fun rap moments ever. Knowing all the words is one of my most proud accomplishments.

It’s long been on my bucket list, especially once I grow out those braids.

So weird. Why didn’t they go in order? Why did they take the first five numbers? There has to be some reason for the order? Was it first to show up to the set? Amount of money put in to buy the tank? Number of points scored against Shaq? I need to know, Soldiers.

This is one of the Internet’s most necessary GIFs.

4:20 That last sequence is everything. No Limit really was the best for this moment in time. It really gets no better than this.