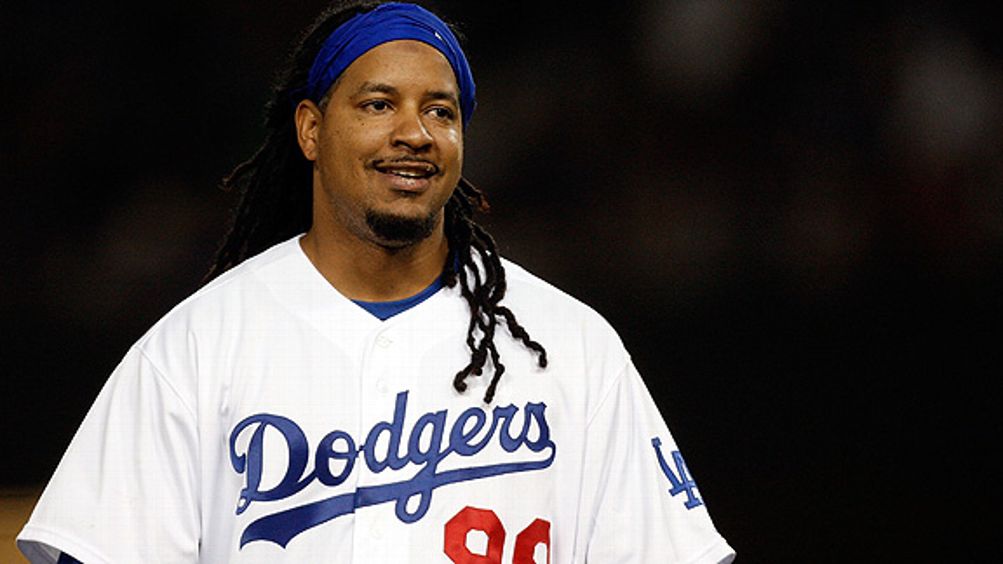 Last Saturday the Milwaukee Brewers hosted the St. Louis Cardinals. It would have been fair to arrive at Miller Park or the broadcaster of your choice, evaluate the smock-like quality of the Brewers’ jerseys, and deduce that you were watching the Stanley Cup finals. That assumption would have taken on an extra dash of the surreal since, on this evening, the Brewers were the Cerveceros, and the Cardinals were the Cardenales. (The weekend series was for control of the NL Central, which Milwaukee eventually wrested from the Cards.)

There’s no functional reason for a baseball jersey to evoke the National Hockey League, but there were the Brewers, baggy in uncharacteristic Dijon mustard, calling to mind the Boston Bruins. After most plays, assorted batters and outfielders could be seen tucking in their shirts. (Surely, someone at home was delighted to see adjustments occur at the belt rather than below it.) Eventually, the pads on Rickie Weeks’ elbows began to eat his sleeves. By the time Casey McGehee crossed the plate on a sixth-inning Corey Hart double, the improbable had occurred. His shirt had managed to billow from his pants without coming untucked. Apparently the shirttail found McGehee’s inadvertent dishevelment as embarrassing as some of us did.

The baseball body appears to have left the steroid era. Its uniforms have not. On most nights, you can catch entire teams blowing in the wind. Baseball has often preferred its uniform loose, freeing hitters to run, pitchers to throw, catchers to squat without restriction. But there was style in that looseness. There was what we can now call classicism. Meanwhile, what we’d now call the steroid era, the physique became more of an obvious thing, and the uniform was a suggestive accentuation — Mark McGwire’s thighs, Sammy Sosa’s chest, Jose Canseco’s everything. Men were trying to outpitch and outhit each other. They were also trying to outsize each other. It was sometimes easier to see Brady Anderson or Bo Jackson out of his uniform than in it. When he played for the Royals, Jackson used to cuff his sleeves, allowing us to admire the splendid detail of his arms. He didn’t have any tattoos. His body was the art.

With the acknowledgement of steroids came a flood of corporeal shame. Almost instantly, the great Macy’s Parade floats of Major League Baseball deflated. Before we really knew whether we liked the new baseball body, it was gone. The openly, flamboyantly, intimidatingly muscled continued to flourish in professional wrestling and the NFL and had migrated to tennis and the NBA. In baseball, the speculative lists of abusers — of “cheaters” — began to circulate, as did an unnatural sense of shame. In ads for Vitamin Water, David Wright pretends to not understand how his body achieved its fatlessness and accepts workout advice from the “Jersey Shore” cartoon character Mike “The Situation” Sorrentino. To be big is no longer to be proud. It’s to look guilty, vain, mendacious, Clemens-y, Bonds-like, and like those subpoenaed players the morning they sat before Congress, noticeably slimmer refusing to testify. The uniform in this postlapsarian era of sin became a fig leaf. The sport had been made ashamed of its body.

The one player who managed to flaunt the leaf, to turn it into style was Manny Ramirez. Ramirez wore the baggy uniform to perfection. We spent more time pondering his inscrutability than what he wore. But as much as he was mercurial and strange, his style and the attitude that promoted it were hip-hop par excellence. He, too, will carry an asterisk beside his name. But at the peak of the scandal and in its aftermath, particularly once he’d been traded to the Los Angeles Dodgers, he’d transformed shameful attire into viable streetwear. Ramirez never looked conventionally fit, but it wasn’t for a lack of motivation. He simply seemed too cool to care about fitness. With him, the uniformed didn’t merely belie hard work. It appeared to obviate the need for any effort at all. Manny was being Manny, it’s true, and for a while, he appeared to be one of the few baseball players who outwardly loved his persona. If nothing else, the sport misses his joie de me.

It’s not that baseball needs the incredible hulks of the previous two decades. The sport will always feature insanely fit, powerfully built men. In fact, we can thank the steroid era for returning a sense of proportion to the men who play the sport. (Fret not, Prince Fielder. No one’s talking about you.) What proliferates across the sport now is the same discomfort with sartorial common sense that afflicts men across the country. There are bankers, doctors, and attorneys who arrive at the office looking like Casey McGehee in the sixth inning. There are men McGehee-ing at weddings and on second dates.

When the Hulk shrank back to Bruce Banner, his clothes miraculously also managed to shrink to fit him. The artists at Marvel cared about tailoring. Baseball should, too. For all worrying we did about the potential bad example set by the steroid revelations, slovenliness is a scandal Bud Selig should be happy to fight. Until then, a scene like last Saturday’s keeps you up at night. Behind the batter’s box at Miller Park an ad proclaimed that, as ever, Miller Lite tastes great. Watching the fabric flabbing all over that field and in stadiums across the country, and noticing the powerfully built men swimming in those uniforms, it was impossible not to think about the other half of that ad’s mantra and sense a crisis. Less filling.