Immigrant Misappropriations: The Importance of Ichiro 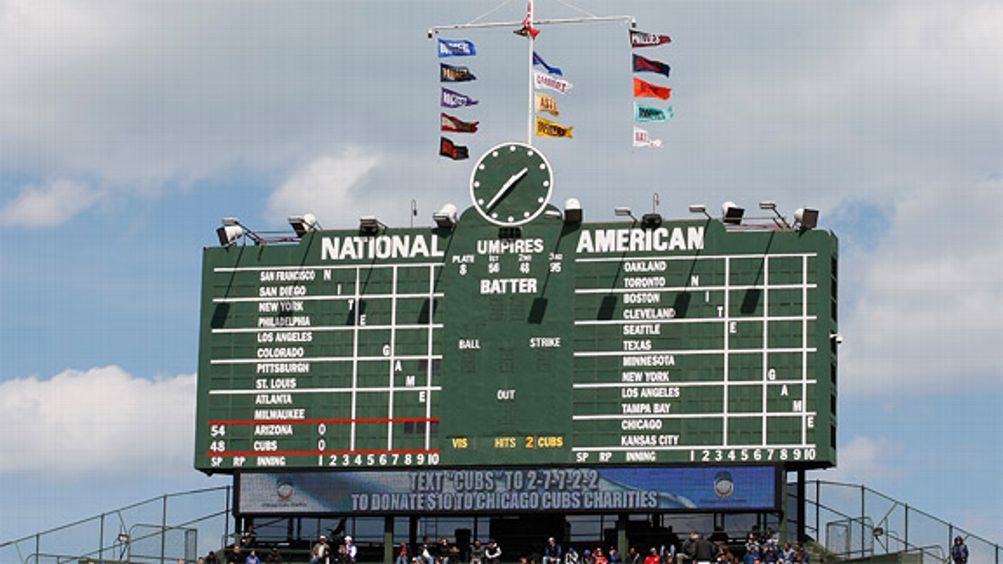 One Sunday in April, having exhausted all other viable entertainment options, I decided to watch golf. It was the final round of the Masters; I had been informed via 140-character dispatches that Tiger Woods was “on the move,” and because I can no longer determine when people are speaking earnestly about Tiger Woods and when they are engaging in puerile sexual innuendo, it was enough to drive me to turn on my television set.

For at least two minutes, in the bridge between Buick commercials, I stared at the pink azaleas and lily-white galleries of Augusta National, watching men in lamentable slacks hammer at dimpled spheroids with graphite sticks. No leaderboard appeared. There was a ticker at the bottom of the screen, but the ticker scrolled in alphabetical order, a useless appendage currently languishing somewhere between Immelman and Ishikawa.

What I’m saying is this: For several moments, I did not really know the score. And it was simultaneously infuriating and liberating.

Ferris Bueller’s Day Off came out 25 years ago this month, and undeniably impacted the way a generation of youth talked, dressed, and lip-synced to Wayne Newton songs. Much of that movie is timeless, but here’s one thing that isn’t: When the high school principal, Ed Rooney, wanders into a pizza shop, spies a baseball game on the television set, and asks, “What’s the score?”

The joke is that Rooney, preoccupied with his manhunt, poses this question without actually noticing the game at all, because in 1986, this question didn’t require self-conscious thought. (When the pizza shop owner answers, “Nothin’-nothin’,” Rooney says, “Who’s winning?” and the owner grumbles, “The Bears.” Subtext: High school principals do not follow sports.) In 1986, “What’s the score?” was among the most common queries in the English language. It was a point of entry, a gateway to small talk. A way for our mothers to attempt to command our attention. Upon entering a room, in lieu of actually having anything to say, you commented on the weather, or the traffic, or you asked if anyone knew the score of whatever game might currently be in progress. Twenty-five years later, asking the score in front of a working television set implies a Rooney-esque level of ignorance, because the score is right there in front of you, at all times. And for this, as with so many other innovations that have rendered us less inquisitive, we have Rupert Murdoch to thank.

In 1994, the Fox network wrested the television rights for the National Football Conference from CBS. I remember this being a major deal at the time, largely because people expected the network that brought us The Heights and Models Inc. would somehow find a way to turn America’s most popular sport into a melodrama about 18- to 34-year-old athletes who committed violent acts against each other while residing in the same upscale apartment complex.

If you look at newspaper stories from that era, you can sense the paranoia among rival networks. At that point, I have to imagine competing against Fox was like stepping into a ring with Mike Tyson; at any moment, they might green-light a situation comedy about a wacky family of alien droids, and you would then be forced to counter with a Sunday-night primetime show about domesticated cyborgs. So in ’94, when — inspired by European soccer telecasts — Fox introduced the “Fox Box,” a constant on-screen graphic linked directly to the scoreboards at NFL games, the initial reaction of their network rivals was to dismiss it as overkill. Who really wanted the score on their television screen for the entire game? According to a news report from Norfolk, Va., the first calls to the local Fox affiliate ran 50-to-1 against the Fox Box, with people complaining it was distracting, that it cluttered their screens, that it was like having a dust particle permanently trapped in their eye.

“Continuous use can be disturbing to the viewer,” said Monday Night Football producer Ken Wolfe.

“It allows people and even encourages them to channel surf,” said the producer of Hockey Night in Canada, after Fox imported the Fox Box to its NHL coverage.

And this was the brilliance of it: It did disturb our thoughts, and it did reward a lack of attention…and in so doing, this little particle of dust changed the way we watch sports.

I know this to be true because it now seems utterly implausible that I lived more than half my life without watching a televised sporting event while constantly knowing the score, the time remaining, the down and distance, the tally of timeouts left, the ball-strike count, the pitch count, the pitch velocity, the number of outs, the men on base, and the overall status of the playoff series. Now, with the possible exception of shouting at John Sterling on a car radio, the very notion of asking for something as elemental as a score seems absurd.

After that initial hesitance, even the critics quickly got used to the Fox Box, and every network co-opted it. That it came along at the very moment the Internet stood poised to render our lives both simpler and dumber is not a coincidence; they say that paradigm-altering discoveries often happen at the same time in different places, and this is what appeared to occur in the mid-1990s, as both the graphics department at Fox and the wizards at Google conspired to overload our screens with readily consumable information. But in this case, I’m not sure if knowing the score has made my life any more rewarding. Because now it seems like knowing the score is never enough.

Even when I think I am not paying attention to the numbers on my television screen, I am gauging them in my subconscious, multiplying and dividing, calculating the net worth of these final six minutes according to some inexplicably byzantine system that now drives my conscious thought. Thanks to the numbers, I am forever contemplating whether I have time to watch an episode of Community and still make it back for the final two minutes of a Thursday Night Football game on ESPN2. I am browsing 700 channels (here’s a replay of a three-month-old girls’ basketball game from North Dakota — but it’s tied with 3:13 to play!), updating my Twitter feed, searching Wikipedia to determine where Trevor Ariza went to college, perusing Facebook photos of the progeny of a person I’ve never met, reading a Spin profile of a band I’ve never heard, and phoning the customer-service number of a major American bank, all while comfortably keeping track of the game simply by glancing at the numbers. Now the lack of readily available information is what disturbs me. Sometimes I point my iPhone at my set during the seventh inning of Red Sox games, as if awaiting the arrival of an app that can identify middle relievers in the way Shazam deciphered that Jeff Beck song in Scorsese’s Casino.

The whole point of the Fox Box was that it would make it easier for us to multitask, even though the inventors had no idea what the scope of multitasking would be in the 21st century. In this case, as with Get a Life, Fox was far ahead of its time. I can now pay attention to sports without paying attention at all, which is both liberating and lamentable, since sports are one of those things to which I once enjoyed devoting my full attention.

And yet on the Sunday of the Masters, it became clear that I can no longer know how to do this. After 120 interminable seconds without a single glimpse of the leaderboard at Augusta National, with my brain briefly at peace, with azaleas blooming in high-definition before my very eyes, I muted my television, pulled out my iPhone, and completely forgot that I was watching golf at all.