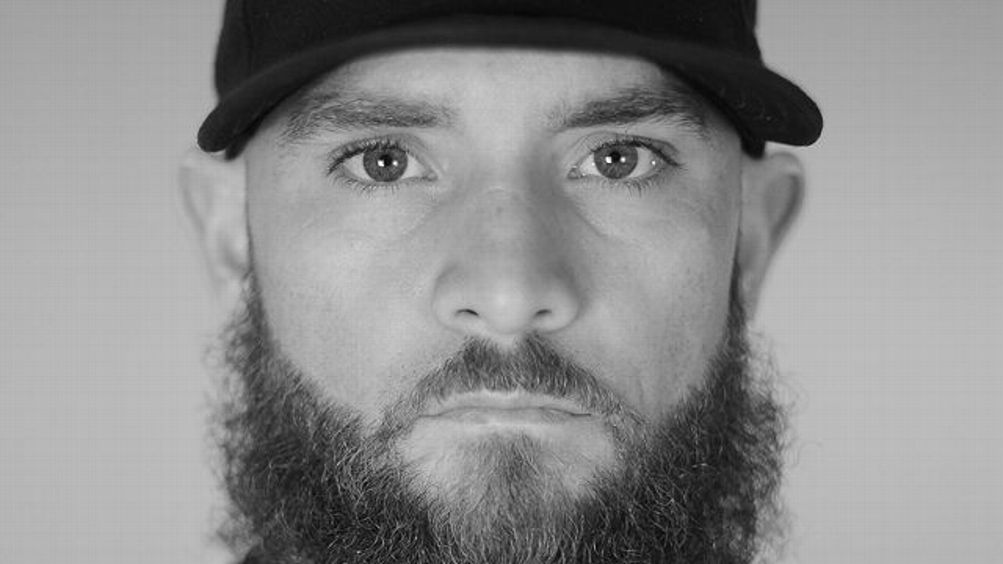 About three weeks ago, on a Wednesday afternoon, a car with four passengers pulled up to a red light in Boston. In itself this was an unremarkable event. Automobiles do this. But as the car stopped, I stared. The driver stared back. So did his passengers — a dude, a woman, and a little boy — all of them wearing baseball caps and outfitted with something strange and gray and hideous on their faces. 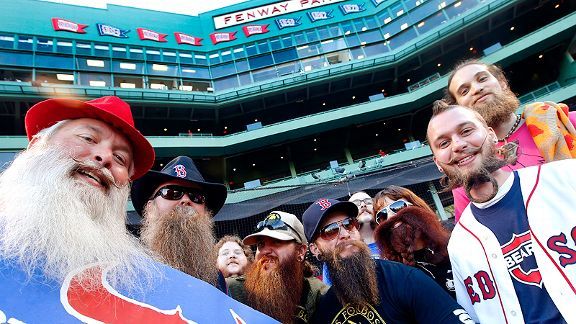 I‘m talking about the beards, of course. Beards so outrageous and outlandish and inimitable that people aren’t even trying to grow them. They’re just sticking them on. The Red Sox merchandise shops are selling fake beards that you can wear during games. They’re more dye-job Gandalf than Jonny Gomes, but they get the point across: You’re one of them.

Yes, the days of implosive morale and dietary scandal are behind the Red Sox now. Beards are the story. Boston isn’t a city that has ever been shy about its adoration of its baseball team, but the fake beards and the enthusiasm for the real thing are taking that bond somewhere new. Wearing a Red Sox cap every day is one thing. So is getting a Red Sox tattoo most of us will never see. Wearing a giant beard out of solidarity signifies a deepening of that commitment.

In Year 1 under John Farrell’s management and with a handful of new faces, the team has performed above expectations. The Red Sox are up two games to one in their American League Division Series. But they’ve outscored the Rays 24 to 10. So it feels like they’re ahead by more, and the beards couldn’t possibly hurt. If you’re a pitcher in a weak moment, that much extreme facial hair, batter after batter, must exact even a tiny toll.

Yes, it’s true that they were drolly noticed in a New Yorker cartoon last month and Nike really is selling neatly organized shirts with each player’s silhouetted beard. In becoming the phenomenon that they have, the beards have gone past shtick. They carry the weight of sincerity and authority. It’s difficult to cultivate the downward nimbus currently sitting on Gomes’s face and not mean it. Ordinarily, when a whole team pulls a stunt like this, it’s for playoff time. When a team grows shrubbery a month into the season, it should be a cause for concern. The 2013 Red Sox are a botanical garden. It began with Gomes’s arrival from Oakland, spread to Mike Napoli and Dustin Pedroia, and then to the rest of the squad. Now even men too boyish for facial hair — Jacoby Ellsbury and Daniel Nava, say — have some. (Quintin Berry, to his credit, is too pretty for a beard. He really, truly is.)

But the idea of unity ostensibly obviates the usual vanities. Some of these guys might not have wanted to grow one, but they’ve decided to take one for the team. You look at what some of this hair is doing to some of these faces and feel sympathy. But they’re all going with it. And they appear to be loving it. This is the cosmetic embodiment of shared sacrifice, of team-ness. The beards have become more famous than the individual men wearing them. 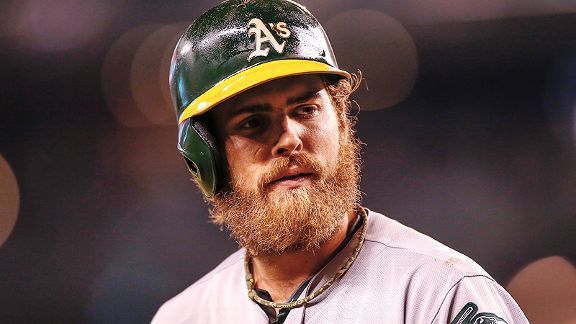 That lack of conventional vanity is also part of the beards’ appeal. When I’ve mentioned them to people, in Boston and far beyond, they’ve grimaced. Often the look of disgust has nothing to do with hygiene (I’ve been assured that there’s beard shampoo in the clubhouse) and everything to do with the corruption represented by the artisanal beard. All that the 20th-century beard once rejected — corporate slickness, work you couldn’t see, regulation — artisanal beards sidestep. They’re fashion. They’re slickness. They’re freak folk. They’re “look at me; I’ve got a sections-of-the-pig tattoo.” The beard now connotes Brooklyn and Portland. You see these beards coming your way in tight $200 jeans, 17 bracelets, a denim jacket, and a wool hat, and you assume Arcade Fire is in town. This is the facial hair of your baristas, your unsung painters, your DJs, your craft beer brewers, your ex-boyfriends.

This is the facial hair that can say both “I don’t give a fuck” and “I give way too many fucks.” Hockey often exudes the former: hair as a byproduct of lazy simplicity. Brian Wilson, the former Giants pitcher (he’s in Los Angeles now), exudes the latter: hair as a byproduct of exuberant self-regard. Somewhere in between are James Harden, the basketball player, and Daniel Bryan, the professional wrestler — men who grew beards for specific reasons and kind of liked how it turned out.

In the spring, Bryan actually challenged Josh Reddick, the A’s outfielder, to something called a “beard-off.” Reddick had been playing with a voluminous rusty-blond beard that made him look like a cross between Viggo Mortensen and a Norse god. (Apologies to anyone who finds that crossing redundant.) Bryan and Reddick bantered about whose beard was better. Their fans were supposed to vote and the loser would have to shave. But Reddick jumped the gun. He felt like he was playing poorly and, not far into the season, removed most of both the beard and the mane that accompanied it. (He has grown back a lot of it. His play has picked up and the A’s are in the postseason, too.)

Whatever it is that people think now when they see a giant beard, whether it’s Gross or Cool or Jesus [expletive] Christ, seems not to apply to the Red Sox beards. They don’t say gonzo hipster the way Wilson’s does. They seem to reach back to a time before cool. In those uniforms, particularly the baggier white ones, the beards give the players an archaic air. You don’t see all the weather in David Ross’s immense tuft and Mike Napoli’s burning bush and think, necessarily, of the guy who made your cortado. You think instead about the gentlemen who used to catch your fish and write your poems. You think of Maine and Walt Whitman and Alfred Tennyson. You think of both manual labor and creative thought. These aren’t hipster beards. They’re heritage beards. They’re a connection to the past — not your father’s facial hair but his great-grandfather’s. 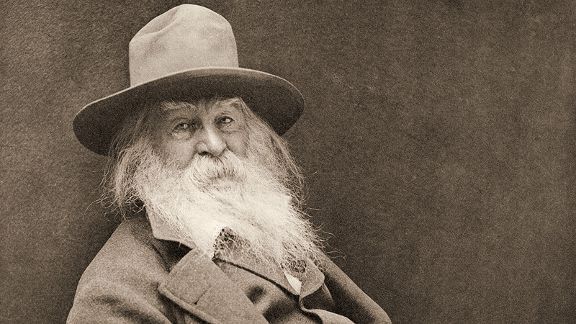 The sleeves of the Red Sox uniforms have a patch that reads “Boston Strong.” After the bombing of the Boston Marathon in April, that’s the phrase that stuck. What “Boston Strong” has lacked is a stirring visual symbol. The Bruins played for the Stanley Cup in post-bombing Boston’s name. But that series, as riveting as it was, didn’t produce an iconic image. This team with these beards has the power to do that, to create the impression that all of that work is for the wounded city. Above all else, the beards, even the dark, highly trimmed one David Ortiz has been wearing for years, convey a kind of solemnity. The team’s new hair debuted near the time of the bombing and, for me, it has always given off a touch of mournfulness. Boston Globe photographer Jim Davis shot many of them, silhouetted and in profile, for a gallery. Those are too poignant for Nike to sell.

Last Wednesday, the team held a free scrimmage at Fenway Park. Several hundred people took seats close to the field and watched a loosely structured practice session. Essentially, it was a run-through for the start of the division series. And up close you can confirm what television implies. The beards deny how fit these guys are. Some of this also owes to the uniforms, which, even in an age of Lycra and elastane, remain absurdly loose. But in belying fitness, there’s a way that the beards confer both power and averageness upon the team. They’re a rejection of the Yankees’ regulated smoothness, and they provide the illusion of modesty. It’s easy to see all that shagginess and forget that the Red Sox have the fourth-largest payroll in the league. How? They can’t even afford razors!

An in-person visit also compromises your sense of romance. You can see the beards for what they are, and what they are is a lot of hair. A lot of that hair is actually not that pretty, which is both the point and a problem. Ross’s beard now has a big patch of white in the center. It’s Julian Schnabel’s gone wild. At this point, Pedroia’s beard seems bigger than he is. It’s eating his face, growing inward. It seems to thicken by the hour. Clay Buchholz now looks like a scarecrow. And, after spending last summer with a kind of Magic Mike swagger (even the coils of hair that wilt from beneath his helmet seemed to dance), Jarrod Saltalamacchia is now stuck with a beard that can be described only as pubic.

Brandon Snyder’s ends in a sloping point. Meanwhile, Gomes has lost some weight since he entered the majors, and much of it could’ve migrated to that beard. What it lacks in charisma it makes up for in geometry. From any angle, it’s any shape. Mike Carp’s is golden yellow and appears to end in horror-movie horns. And while Gomes is the one who started this thing, Napoli stops the show. You see him coming toward you and your pulse goes up. His beard is big, it is serious, and it is so ugly that it comes through to ugly’s other side. He seems to be the most impressed by what he’s grown, as if he didn’t know he had it in him.

Watching them, and all the kids and a beautiful blonde who Sharpied their faces to look like the team’s beards — well, to look like Ortiz’s — your mind tends to drift between a sort of populism and practicality. You think a lot about what these beards are doing off the field and in the home. They might work for Boston. But what happens when the marble-faced man you married turns into Walt Whitman? What about the girlfriends? What about the wives? When a man goes on this sort of grooming bender, there’s often a significant other left to scratch her head.

A couple days before, I found Kelli Pedroia in downtown Boston, where she was a judge at an event called the Running of the Bridesmaids. Mrs. Pedroia, a petite, affable blonde in jeans and Tory Burch ballet flats, witnessed the fallout of earlier Red Sox discord, and when I asked about the beards, she seemed truly relieved that the team had found something to harmonize the players. But she’s also human. “I did complain about it a little.” And yet she tolerated Dustin’s beard, until last month, when, come family-picture time, she hit a wall. “Our 1-year-old was turning 1, and I told him, ‘You can’t have that beard in the photos.’ I was adamant.”

She relented, of course. The beard stayed in the picture. That isn’t to say that she and her husband (and presumably the other players and their families) haven’t reached an accord: “When they win the World Series, the beard comes off.”