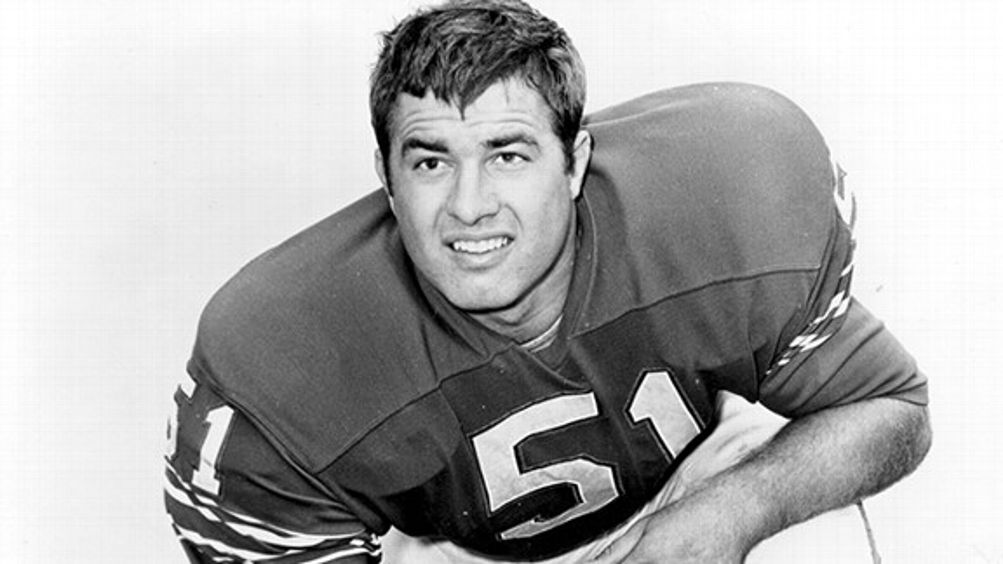 Jill Kalsu-Horning doesn’t remember how old she was when found the tapes. She guesses she was 6 or 7 when she opened that end-table drawer in her parents’ house and discovered a cassette she’d never seen before. The voice on the tape was deep but tender, fit for a smaller man than the one to whom it belonged. Jan, I love and miss you very much. I think about you all the time. And you too, Jill. And also you, Baby K, even though you’re not born yet. It was the first time Jill heard her father say he loved her. It was the first time she’d heard his voice at all. “Not growing up with your daddy, you wonder if he really loved you, and you wonder what the sound of his voice was, how he would talk to you,” Jill says. “I think that’s what has always meant the most to me — being able to actually hear his voice, and have him personally speaking to both me and [younger brother] Bobby about how he really, truly loved us.”

There are some who remember Bob Kalsu as a football star. In 1967, he was an All-American offensive tackle for a 10-1 Oklahoma team that beat Tennessee in the Orange Bowl. The next spring, he was drafted in the eighth round by the Buffalo Bills, and by the end of his first season he’d been elected the team’s rookie of the year. There are others who remember him as a soldier. At Oklahoma, Kalsu had completed ROTC, and he graduated in May 1968 with a commitment to Army service. Sixteen months later, with his daughter just 10 months old, he was called to Vietnam.

At the time, many professional athletes used their standing to avoid active duty and serve as reserves instead. It was a choice Kalsu’s friends urged him to take, but one he declined. On July 21, 1970, Bob Kalsu was killed at Firebase Ripcord, on a hill in South Vietnam’s Thua Thien-Hue province. He would be the only professional athlete to die in Vietnam. He was 25 years old.

Jill and Bob Jr. have spent the past four decades piecing their father together from photographs and stories. As they’ve attended reunions, of both football stars and soldiers, the picture has become clearer, but what’s often missing is the mundane. Yes, the man they hear about is a legend and a hero, but as much pride as that brings, what they’ve missed is a dad. “One of the things that I’ve always felt, and as a kid I remember thinking, is that he didn’t have to be everyone else’s hero,” Bob Jr. says. “He only needed to be mine.”

There’s a painting Bob Jr. remembers from his parents’ home. It was of his father in his Oklahoma football uniform, and as a child, it was the image he held. When he would fall asleep to the sound of his father’s voice, he would picture a giant man in a jersey, leaning down from the clouds.

Both he and Jill mention that when they started school they began to notice what it meant to lose, and never meet, a dad. “I think you start really understanding the magnitude of what it’s like to not have your father,” Bob Jr. says. “You start to see other people’s fathers at your ballgames, and there are other instances when you see fathers around, and you realize you’d like to have a father to speak to.” Their paternal grandfather played that role for much of their youth. He was the one who helped instill a love of sports and helped with the day-to-day questions of growing up. When cancer took him before Bob Jr. was even a teenager, it devastated him. “I just lost the will to play,” he says.

Avoiding the game wasn’t a conscious choice, but looking back on it, he knows his father’s looming legacy played a role. “As a kid, I’m not sure you consciously [avoid it], but I’m sure that’s probably true,” he says. Football was one place where he had a choice in avoiding the responsibility that came with his last name. In every other facet of his life, it was inescapable. “One of the things my mom always told us was that your name stands for something,” Bob Jr. says. “You’re a Kalsu, and you have a standard to live by. It helped me make a lot of decisions that were good decisions, but at the same time, that’s a lot of pressure.” It’s a pressure he managed well. Bob Jr. says his wife jokes that he didn’t have his first beer until law school, and after receiving his JD at Southern Methodist University, he’s spent much of the past 18 years practicing aviation law in Oklahoma City.

It was as adults that the Kalsus finally got to see a more nuanced portrait of their father. Some of that was a product of taking on one of the responsibilities he had carried. “The realness of my father for me came later in life, becoming a father myself and understanding the conflict that had to be present for my dad, knowing that he was leaving a young family behind to live up to his obligation,” Bob Jr. says. “The difficulty of that for him, as a man now and as a father, it’s put into perspective how large of a decision that was, and how hard of a decision it had to have been.” Bob Jr.’s oldest was born about 14 years ago, at a time when a series of other events would provide a more detailed understanding — and a strange relief — for both him and his sister. 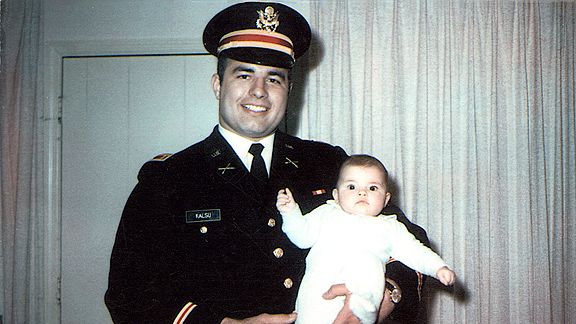 For almost 30 years, Bob Jr. felt partially responsible for his father’s death. As the story went, Bob Kalsu was killed while running out to meet a helicopter that might be bringing the news of his son’s impending birth. It was only when NFL Films produced a documentary about his father’s life and Bob Jr. met Mike Renner, who’d served with his father at Ripcord, that he was killed near his bunker, soon after reading the letter announcing his wife’s July 21 due date. “You have the relief of not feeling the responsibility, but you also hear the reality of how he died,” Bob Jr. says. “There’s some relief, but there’s also some pain. But not feeling the burden of being the reason your father died is significant.”

Shortly after, both Bob Jr. and his sister traveled to Shreveport, Louisiana, for a reunion of the men who served at Ripcord with their father. “As great as it is for a person who played sports to have bonds with teammates and tell old stories, I think there’s something special about what soldiers share,” Bob Jr. says. “I’ve seen grown men, 35 years later, 40 years later, still cry when they see each other, or when they’re first introduced to Jill and I, they’ll cry — either they knew my father or they know the story.” At the reunion, Jill stumbled upon a book about Ripcord and what happened there. Curious, she flipped to the index to look for her father’s name. What she found was a detailed account of his death. “My poor brother is just trying to be cordial with people, and I just start sobbing because it goes into detail about how my dad was killed,” Jill says. “Although it was terrible to see, it almost provided with me — I don’t want to say closure, but healing in some ways.”

The quieter forms of healing have come at places like Oklahoma football reunions. It’s there, Bob Jr. says, that he gets to hear the stories about who his father was when he was just a kid, like everyone else. “I’ve always told them, ‘I know he was a hero. I don’t want to hear about that. Tell me about him being a teenager. Give me some of those stories,'” Bob Jr. says. “I think you do always want to hear that. You want to know the human side of your father.”

The next reunion is in September, when Bob’s and Jill’s families will travel to Buffalo for a meeting of those enshrined on the Bills Wall of Fame. Between them, the Kalsu siblings have nine children. Jill’s son celebrated his 16th birthday on Monday. He’s a football player. As they go to Buffalo to remember their father, Bob and Jill will remind their children what their mother always reminded them. “I tell my kids that they’re Kalsus,” Bob Jr. says, “and Kalsus stand for something.”