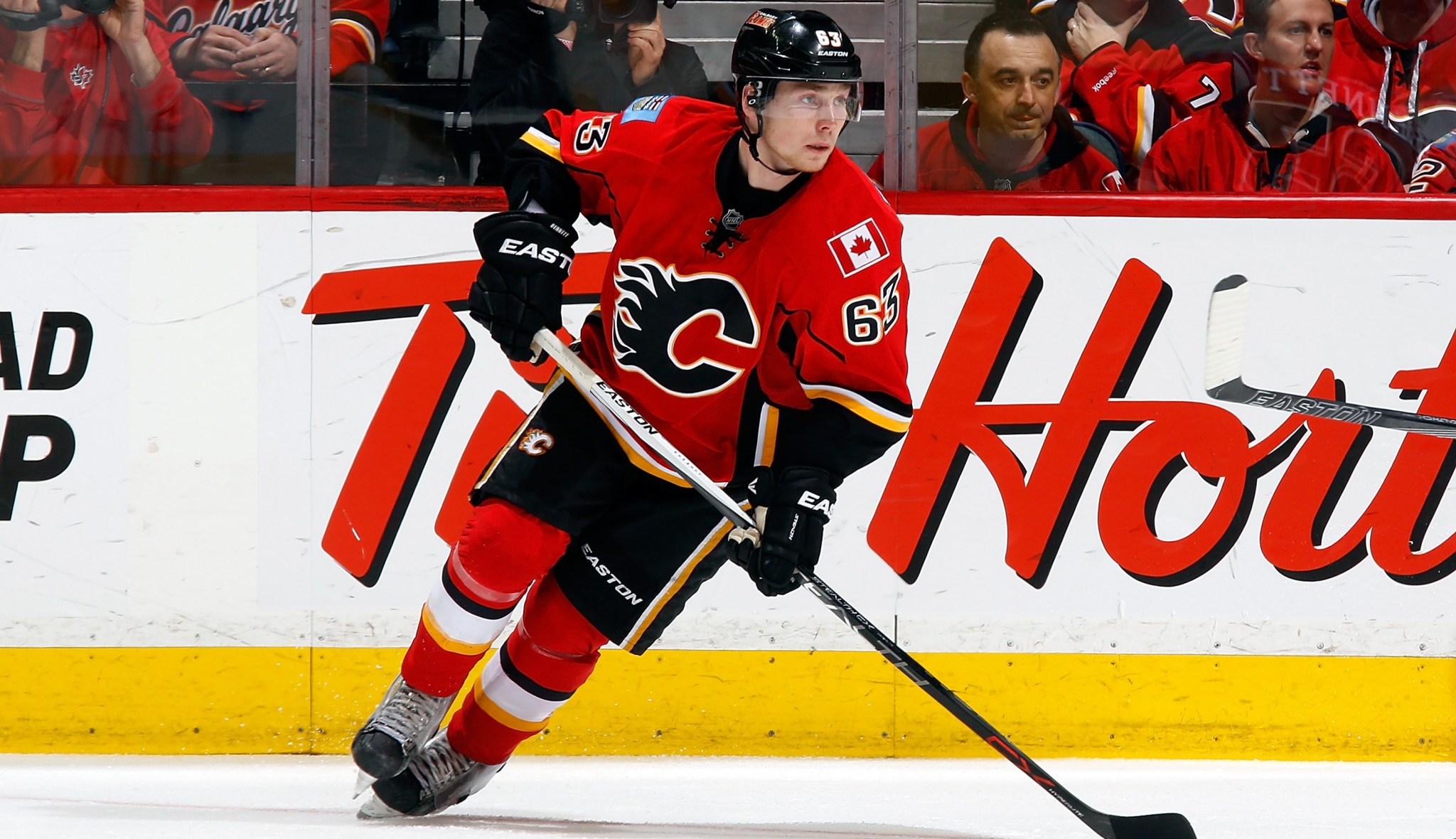 The Calgary Flames earned a crucial comeback win over the Anaheim Ducks in Game 3 of their second-round series on Tuesday. But in the days after the game, it’s seemed like all anyone in the hockey world wants to talk about is a disputed goal that almost cost the Flames the game.

Late in the third, Sam Bennett appeared to tie the game when his quick shot seemed to cross the goal line. But after a lengthy review, officials waved the goal off, ruling that there was no indisputable evidence that the puck had actually crossed it. That was news to most fans watching at home, although some postgame analysis made a convincing case that the league got it right.

It was a tough call that could have led to an ugly controversy if the Flames hadn’t come back to win the game. As it is, NHL fans and teams alike are still left wondering: When is a goal really a goal?

Luckily, you don’t have to guess. After consulting with a collection of league officials, retired referees, and experts in quantum mechanics, we’ve put together this handy quiz. The next time a controversial goal seems to have been scored, simply print out the quiz, grab a pencil, and work your way to the answer in mere minutes.

1. In the immediate aftermath of a disputed goal, the call on the ice is very important. In this case, what did the referee do?

a. Emphatically waved his arms, signaling no goal.

b. Emphatically pointed out the puck, signaling a goal.

c. Just kind of awkwardly stood there without making any call at all, although we’re all expected to pretend we didn’t notice that.

2. Review protocol says the referee will make contact with the off-ice officials and describe what he saw from ice level. In this case, what did the referee say?

a. He said he believed that the goal should not count, either because it did not cross the line or because it was not directed toward the net in a legal manner.

b. He said he believed that the goal did cross the line in a legal manner and should therefore count.

c. He said he was a bad and evil man and hated innocent people like me, and he was going to chase me and capture me and then eat me, and there’s a giant dragon that lives in his stomach, and the dragon will also eat me because they are both so mean. Hi, I’m Brandon Prust of the Montreal Canadiens.

3. An apparent goal will not count if, in the referee’s judgment, the goaltender was the victim of interference, which is specifically defined in the rulebook. On the play in question, which of the following scenarios was true?

a. The goaltender was lightly brushed by an attacking forward, and was able to make his saving throw on a 12-sided die.

b. The goaltender was forcibly shoved into the net after making a save, and also it is currently cloudy in Casselton, North Dakota.

c. An opposing forward accidentally backed into the goaltender, although it’s possible that the goaltender may have been intentionally trying to initiate contact, considering the incident happened this morning in the forward’s driveway.

4. Did it appear that the puck was directed into the net with a distinctive kicking motion?

c. Possibly, depending on the specific angle of the replay you’re viewing.

5. And do you actually know what “distinctive kicking motion” means?

c. Literally nobody does.

6. Goals can sometimes be waved off due to an early whistle, which is sometimes known as the “intent to blow” rule. On the play in question, are any of the following true?

a. The referee clearly blew his whistle before the puck completely crossed the goal line.

b. The referee had decided in his mind to blow his whistle before the puck crossed the goal line, even though he had not actually done so yet.

c. The referee had, at some previous stage in his life, thought about what it would be like to maybe blow his whistle at some unspecified point in the future, which, when you really think it about it, is basically close enough.

7. Often, the issue will simply be whether the puck crossed the goal line. After a thorough review of the shot from all available angles, has the NHL war room been able to find clear and indisputable evidence that the puck did indeed cross the goal line?

c. No, but somebody on the Internet will, roughly five seconds from now, and oh look there it is.

8. As per league bylaws, none of the available camera angles were able to show a definitive view. As an alternative, is there any … hey, wait. Weren’t we supposed to have cameras built into the goalposts by now?

a. That does sound familiar.

b. Yeah, I’m pretty sure I read that somewhere.

c. We have them! And by this time next year, we hope to have even developed the technology to plug them in.

9. Wouldn’t it be easier to just put a chip inside the puck and avoid all of this?

a. This league really isn’t into the whole “easy” thing.

b. Who, the same guys who can’t even successfully rig a draft lottery?

c. The hockey world does not currently have the ability to put a chip inside of anything, with the exception of the several bags’ worth inside of Phil Kessel’s tummy.

10 One last question, and there’s really no reason for this one except that we’re curious, but: Do you happen to be the Calgary Flames?

Congratulations, you’ve completed the quiz! Now, simply tally up your answers to determine what the referee is about to announce to the waiting crowd.

Mostly a’s: Upon further review, we have no goal.

Mostly b’s: Upon further review, we have a goal.

Mostly c’s: Upon further review we [microphone feedback] the puck did not [mumble mumble] but then that one other guy’s stick was kind of over here so [40 seconds of static]. I hate my job and I quit.

‘The Grantland NFL Podcast’: Breaking Down the Draft Picks in the AFC