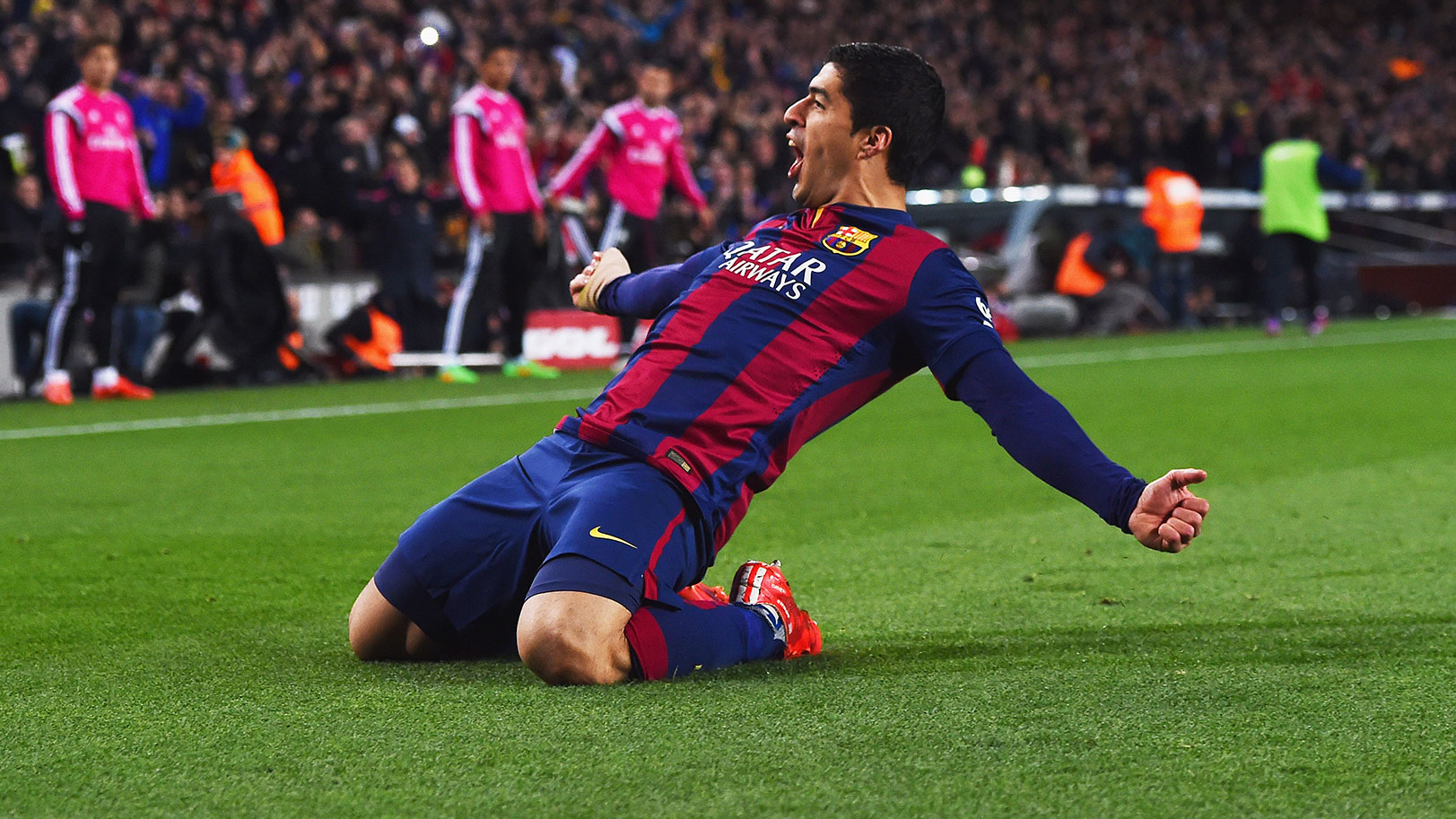 Had Liverpool–Manchester United and Barcelona–Real Madrid happened on the same weekend, it would’ve been a lot to handle. But on the same day? Madness! While Barça and United both came out 2-1 winners, grabbing hold of first and fourth place in their respective leagues, there’s much to talk about beyond the final results. Here’s a roundup of all of yesterday’s blood-boiling action. 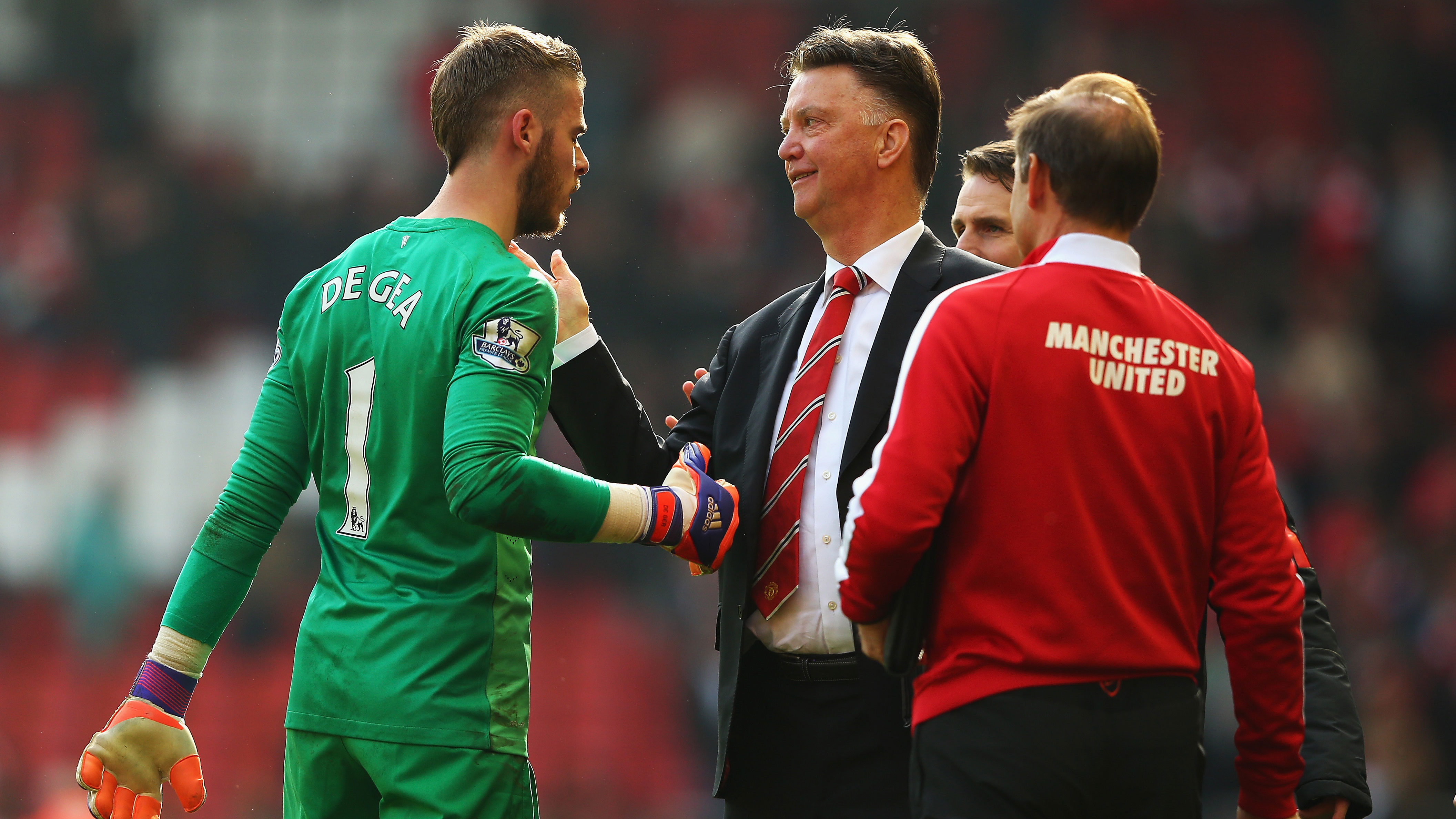 Mike L. Goodman: Since van Gaal arrived at Old Trafford, it hasn’t been easy to figure out what exactly to make of the Dutch manager. On the one hand, everybody at the club seemed ready to put last season’s struggles in the rearview mirror. On the other hand, despite spending like a drunken sailor last summer, United weren’t actually much better than during the despised David Moyes year. Sure, the Red Devils floated around fourth instead of sixth, but that had as much to do with the rest of the league as it did with United’s internal improvement.

As it turns out, through the constantly shifting lineups, the tortured rants about long balls, and the frequently dull emphasis on nonthreatening possession, maybe, just maybe, there was a plan.

With the season on the line — and a Champions League place in doubt — United played possibly their two best games of the year, blowing out Tottenham Hotspur at Old Trafford and then walking into Anfield and beating hard-charging Liverpool. With eight games left, United are now five points clear of fifth-place Liverpool and only two points behind second-place Manchester City. When you consider all of that, it’s hard to call this season anything but a success.

Goodman: It’s also hard not to notice how integral Juan Mata and Ander Herrera were to both this week’s and last week’s wins. You will not see a finer goal than this.

Mata might get the headlines for that acrobatic finish, but Herrera’s gorgeous assist on Mata’s opener tipped the game.

Given how influential those two players have been once given consistent playing time — and considering how big-ticket transfers, like Ángel Di María and Radamel Falcao, have struggled — it’s enough to make you wonder how far up the table United might be had van Gaal started playing the Iberian pairing from the get-go.

Ryan O’Hanlon: For as bright and shocking a glimpse into soccer’s new, face-melting, vertical reality as El Clásico was, it was also a pretty good day for two dudes who look like they just finished up a long day of refereeing dodgeball matches and policing proper calisthenics form at a local elementary school. Mathieu, who plays for FC Barcelona,1 put the Catalans into the lead with a 19th-minute header and then, save for a Cristiano Ronaldo equalizer and a limited first-half flurry from the visitors, kept the home goal secure. While Casillas was unable to keep Mathieu at bay,2 San Iker looked something like his old self, making a handful of key saves to keep Real’s faint hopes of a comeback alive. Although that never came, the 33-year-old Casillas, who has spent the better part of two years impersonating Darrell Armstrong at the 1996 dunk contest, and the 31-year-old Mathieu, who, again, is Jérémy Freaking Mathieu, reminded us that just because the game might be changing, these two (relatively) old heads aren’t quite yet ready to go away. 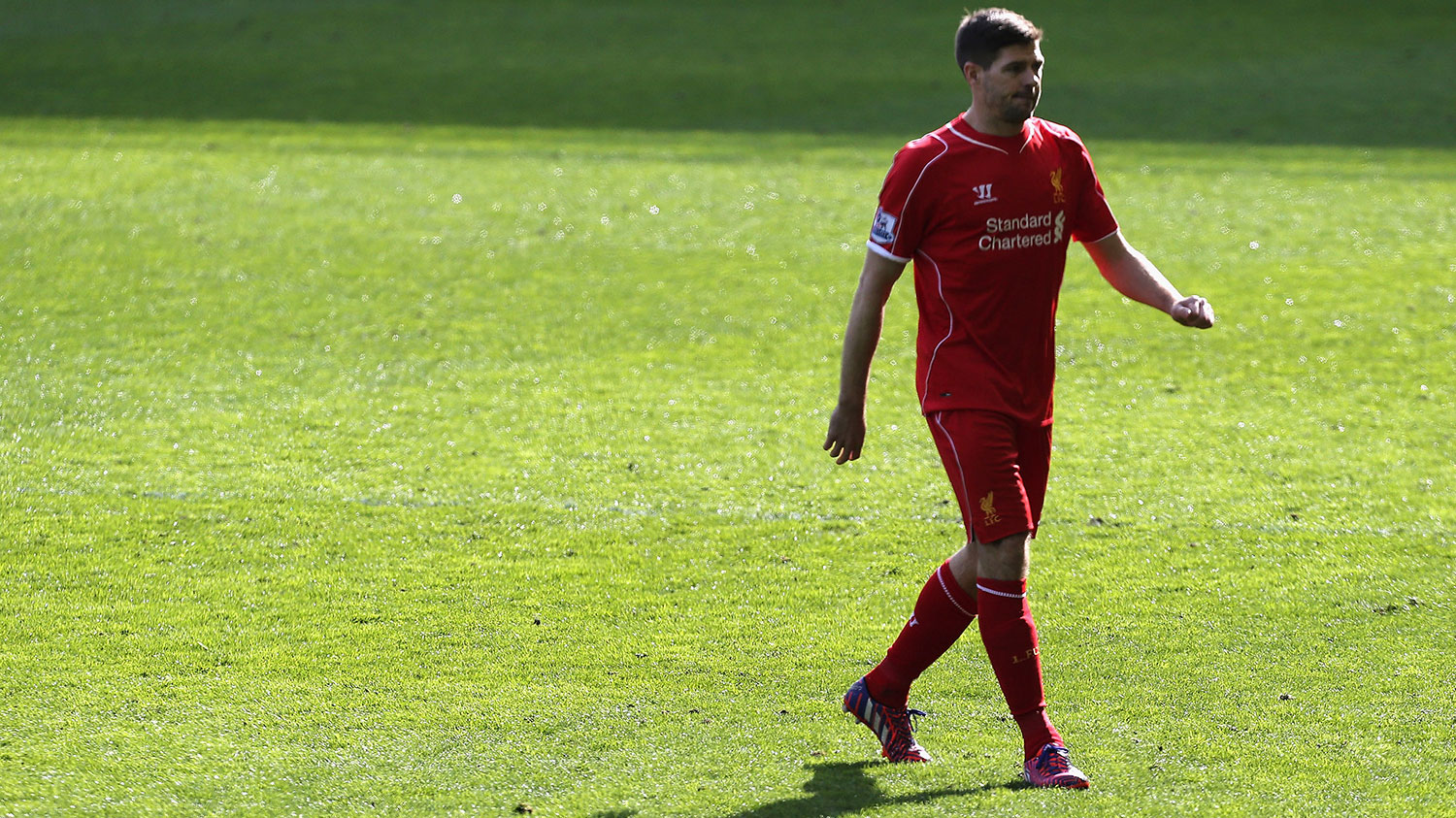 O’Hanlon: Let’s just go back and recap those 38 seconds, because legends die, but narratives live forever: Liverpool are behind, 1-0, against their eternal rivals Manchester United. A year after slipping against Chelsea and coming as close to throwing away the Premier League title as an individual player ever has, Steven Gerrard, Liverpool lifer, deity, and captain, comes on at halftime with a chance to push his team to victory and ahead of United into the Champions League places. In his final game against Manchester before leaving the Merseyside club to join the Los Angeles Galaxy, Gerrard, whose phenomenal career has often been a struggle between an impatient tendency toward the audacious and the fact that soccer involves playing with 21 other people, then does the following in under three-quarters of a minute: He plays a 50-yard horizontal ball to Raheem Sterling, chips a 2-yard pass to Joe Allen in the middle of the field, puts an unnecessary reducer on Mata, and then avoids a tackle from Ander Herrera — only to think better of it, stomp on Herrera’s unprotected tibia, and immediately receive a red card.

Parents, do not let your children grow up to become Liverpool fans.

Goodman: Real Madrid’s loss at Barcelona had remarkably little to do with Gareth Bale, who actually almost gave the visitors the lead late in the first half when he finished a flick-on from Ronaldo, who was ultimately called offside.

Still, that hasn’t stopped large swaths of the world from deciding that everything is Gareth Bale’s fault. The irony here is that Bale’s attacking partner, Karim Benzema, underwent the same scrutiny before Madridistas eventually relented. Now they salivate over flicks like this one, as if Benzema were their always-beloved son.

Real Madrid itself cannot fail; it can only be failed by its players and especially by whoever has fallen into the role of today’s designated scapegoat. For now, that’s Bale. But if he stays in the capital long enough, maybe even the Welshman, like Benzema, can earn the right to have the fans treat him as if they loved him all along.

A defender launches it long to a striker, who takes the ball down with a silky-smooth first touch and then plants the ball into the back of the net. While it might not look like anything the Blaugrana have done in the past, the Uruguayan’s goal was not an aberration.

For most of the game — and the entire second half — Barcelona protected their lead by launching long balls up to their unparalleled, ultratalented front line of Suárez, Neymar, and Lionel Messi. This is not rocket science: They have the best attacking trio in the world — and maybe the two best defensive midfielders with Javier Mascherano and Sergio Busquets — so protecting a lead by putting those midfielders in front of the defense and launching balls directly to the attackers is essentially Soccer 101. It’s also near unheard-of in Barcelona, where triangles and quick passing have long been the philosophical tenets. But in the biggest game of the season — the one that gave them a four-point lead heading into the La Liga stretch run — a straight line was all it took.

This post was updated to reflect that Manchester United beat Tottenham at Old Trafford, not in London.