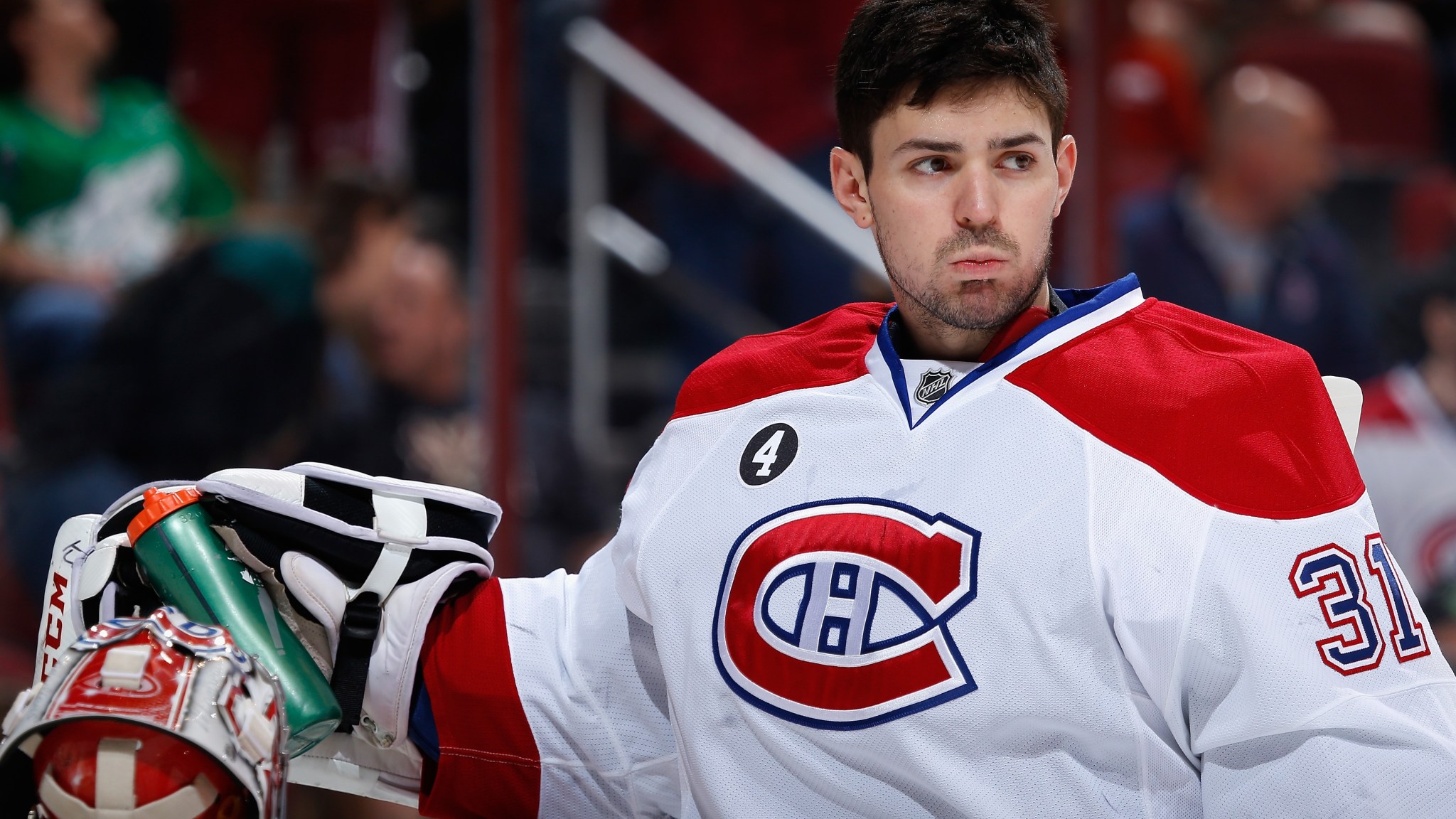 Theme of the Week: You’ve Got to Have Art

With just under three weeks left in the regular season, most of the attention is focused on the standings and the handful of teams fighting for an even smaller handful of remaining playoff spots. But there’s another tight race worth paying attention to, one that could end up being as close as we’ve ever seen. It’s the race for the Art Ross Trophy, awarded to the league’s top scorer, and right now it’s wide open.

Injuries to onetime leaders Patrick Kane and Tyler Seguin and an extended quasi-slump on Sidney Crosby’s part have resulted in a logjam at the top of the scoring table, with five players within two points of the lead and 17 within 10.1 That’s unprecedented, and has made it just about impossible to pick out a favorite. Crosby and teammate Evgeni Malkin have the best point-per-game averages, so maybe you give them the edge if they’re healthy. Alexander Ovechkin has been the hottest player since the new year, so maybe he’s your best bet. But unlike those three players, John Tavares and Nicklas Backstrom have never won the award, so maybe it’s their time. Or maybe it’s all just a guessing game.

In addition to being so close, this year’s Art Ross race is also remarkable for how low the scoring totals are. Only four players have won the Art Ross with fewer than 100 points during the almost 50 years of the post-expansion era, but a new name will join that group this year. As of this morning, Crosby is leading with 74 points. That puts him on pace for 85 points, which would be the lowest total for an Art Ross winner in the modern era.2

Normally, an Art Ross update would serve as a de facto Hart Trophy update as well, since the league’s leading scorer is usually also named MVP.3 But more and more, this year’s Hart is looking like Carey Price’s to lose. That’s partly because of his dominant play in goal for the Canadiens, and partly because of the lackluster scoring totals put up by the guys in the Art Ross race. Unless one of the offensive guys can catch fire over the last few weeks, it looks like we’ll have our first goalie MVP since 2002.

2. St. Louis Blues (45-21-7, plus-38) They lost in overtime to the Red Wings yesterday, even though Justin Abdelkader’s goal shouldn’t have counted — it was scored with a broken stick.

Despite a tough loss to the Stars on Saturday, the surging Blackhawks move back into our top five on the strength of an impressive four-game win streak that included a road victory over the Rangers. And that means that somebody has to come out. So after finishing in the top three every week since the new year, the Nashville Predators drop off our list this week, thanks to an extended cold streak that’s seen them lose nine of their last 12.

All year, the Predators have been a tough story to get your head around. Few saw them as more than fringe playoff contenders coming into the season, and even when they were challenging for first overall, you never got the sense that they were quite being taken seriously as a legitimate Cup contender. But they hung in there, and the underlying numbers indicated that they weren’t some sort of fluke. With Pekka Rinne healthy and playing at a Vezina-caliber level, they were looking at the very least like a team you didn’t want to run into in a best-of-seven.

So, what happened? Well, at the risk of oversimplifying, they’ve forgotten how to score. Saturday’s win over the Sabres was only the second time this month that the Predators scored more than two goals in a game, and key players like Mike Ribeiro and early-season Calder favorite Filip Forsberg have cooled off. And while Rinne’s presence would usually help a team ride out that kind of stretch, he’s only recently rebounded from an uncharacteristic cold streak of his own.

There’s more to the slump than that, including a dose of just plain bad luck — this post has a nice breakdown of some of the numbers — and they don’t have much time to sort things out. Winning the Central is crucial, since it probably results in a first-round matchup with a team like the Jets or Wild instead of the Blackhawks. The Predators held that top spot for most of the season, but the Blues have it now. And Nashville’s schedule for the rest of the month is tough, with all five games coming against teams that sit in a playoff spot.

If we’ve learned anything from the season’s first half, we shouldn’t be counting the Predators out. But it’s starting to feel like this Cinderella story might be headed toward an ugly ending.

5. Carolina Hurricanes (26-35-10, minus-29) The team may be bad, but it’s apparently making headlines in the exciting world of supply management.

4. Toronto Maple Leafs (27-40-6, minus-44) An anonymous Maple Leafs player told a reporter that the team is “pretty screwed up.” Hey, guys, I think I figured out who that player is.

3. Edmonton Oilers (20-39-13, minus-73) Taylor Hall is healthy, so he’s back in the lineup, because the Oilers are the only terrible team left that’s actually trying to win. I’m not sure that’s a compliment.

2. Arizona Coyotes (21-44-8, minus-93) If we don’t count shootouts (and we shouldn’t), the Coyotes haven’t won an actual hockey game since February 3. That’s almost impossibly bad.

1. Buffalo Sabres (20-45-7, minus-109) The Sabres play the Coyotes twice in the next eight days, and I couldn’t be more excited. There’s a legitimate possibility that neither team even dresses a goaltender.

That epic Coyotes-Sabres tank battle will probably determine which team finishes dead last and earns the best odds at landing Connor McDavid. But as we’ve discussed before, those odds still won’t be all that good, with the last-place team only “earning” a 20 percent shot at the top pick. But while finishing last doesn’t give you great odds at the top pick, it does lock you in to a top-two selection. And that’s crucial this year, since there’s a second can’t-miss franchise player lurking just behind McDavid in the rankings.

All of which is to say that we should probably take a few moments to talk about Jack Eichel, the Boston University freshman who came into the season as the consensus no. 2 draft prospect in the world. And while McDavid’s ridiculous season has made his top-spot status untouchable, Eichel’s season has been almost as impressive. After two dominant years with the U.S. national development team, Eichel’s first year in college has seen him light up the score sheet while transforming the Terriers into one of the best teams in the nation.

Over the weekend, the 18-year-old had three points in a 5-3 win over UMass Lowell in the Hockey East final, including one goal that bordered on ridiculous. That left Eichel with six goals and five assists in the four-game tournament, earning him MVP honors and leaving him with a season total of 66 points. That’s the most scored by a freshman since Paul Kariya in 1992-93. He’s big, skilled, and fast, and in any other year we’d have spent the last six months talking about him as the no-brainer top pick in the entry draft. Next up: the Frozen Four, where the Terriers will be a no. 1 seed.

The odds say that the Coyotes and Sabres will probably miss out on McDavid. But one of them will at least clinch the right to draft Eichel, and that’s going to end up being one hell of a consolation prize.

• Heading into last week, the Bruins’ schedule was on their side, serving up games against the lowly Sabres along with Ottawa and Florida, the two teams chasing them in the wild-card race. Win two or three of those, and they were pretty much set. Instead, they dropped all three, and it’s officially panic time in Boston. After yesterday’s 5-3 loss to the Lightning, they’re now just a single point up on Ottawa for the final wild-card spot, and the Senators have two games in hand. Oh, and the Bruins’ next two games come against two of the teams tied for first place overall.

• As for those Senators, some of Andrew Hammond’s magic seems to have faded — the 27-year-old rookie wonder has given up seven goals in his last two games after giving up two or fewer in each of his first 12 starts. But he’s still winning, and so are the Senators, who’ve now won six straight and have points in 15 of their last 16. And the Panthers are still in the race, sitting just four points back with two more games to come against Boston.

• The Kings dropped a critical home game to the Canucks on Saturday, and remain two points back of the Flames in the Western playoff race. Los Angeles doesn’t own the tiebreaker, and after tonight’s game in New Jersey, the schedule starts getting tough. They will get some reinforcements, as they’ve recalled veteran Mike Richards from the AHL.

• After Saturday’s loss to the Habs, the Sharks are now eight points back of the wild-card. They’re done. So … about that rebuild.

• The Jets’ shutout win over a hot Capitals team ran their streak to four straight wins, and they’ve needed just about every one to hold on to the West’s final wild-card spot. The schedule gets tough starting tomorrow, which makes tonight’s game in Edmonton seem like a classic trap game.

• The Penguins are sitting third in the Metro and are just two points away from dropping into wild-card territory. But they may get Malkin back as early as tomorrow.

• Finally, it’s looking more and more like the NHL’s Las Vegas expansion is going to happen. While the ownership group behind the potential franchise hasn’t hit its ticket drive goal, it’s getting close enough that an announcement seems imminent, and respected sports websites should probably start sending their hockey writers to Vegas for weekend scouting missions.