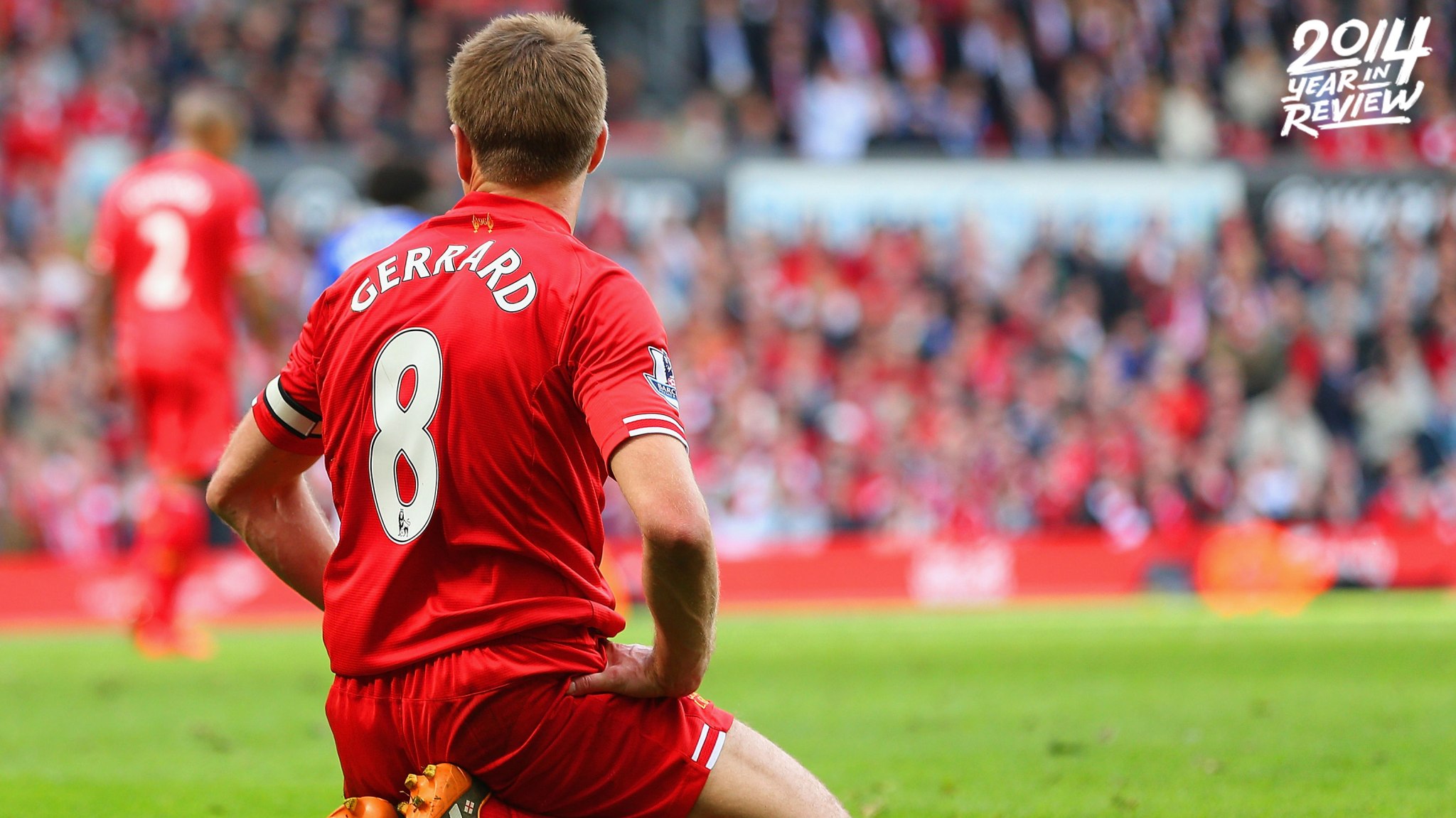 Liverpool were extraordinarily unlikely title contenders coming into the 2013-14 Premier League season. Teams that finish seventh one year just don’t rise all the way to the top of the table the next. But that’s exactly what Liverpool did, zooming up from mid-table, powering right through the Champions League spots and into a 3-2 victory on April 22 that looked like it’d probably give them the championship. Win the remaining four games and the title would be theirs.

Liverpool’s success last season was high-flying and incredibly entertaining — birthed by a formation shift that allowed Luis Suárez, Daniel Sturridge, and Raheem Sterling to play together as an attacking trio and shifted Gerrard, for the first time in his career, into the role of a deep-lying playmaker. When it worked, Liverpool crushed teams and posted gaudy scorelines. In the second half of the season, they beat fellow Champions League contenders Arsenal 5-1, Everton 4-0, and Tottenham 4-0. Even when it didn’t work and the openness of their style allowed lesser teams to score, their prolific attack overcame the problems and led to some insanely entertaining, high-scoring games like the 4-3 victory over Swansea or the 6-3 win over Cardiff.

All of our critics’ best-of lists, the Year in Holy S#!t sports moments, and our series on What We Saw in 2014.
Gerrard’s slip, though, wasn’t a moment out of nowhere. Some of sports’ most iconic gaffes — Chris Webber calling a timeout he didn’t have or even Chris Paul’s brain fart against the Thunder in the playoffs — are so iconic because they’re so sudden, so unexpected, and so detached from the rest of the game. What makes The Slip so iconic is its tragic narrative predictability. Whether or not Gerrard was equipped to handle the defensive duties and possession responsibilities of his new role was the central question of Liverpool’s unexpected title run. All season long, people wondered, Can Liverpool really get away with playing this way? And it wasn’t until the worst possible moment that the answer was “no.”

If most mistakes interrupt the story of the season, this one simply concluded it. The ending would have been fitting even without the further irony of Gerrard’s unfortunately worded inspirational speech after that emotional win over Manchester City two weeks earlier.

He did. It did. And Manchester City won the title. But more than City’s eventual victory, what endures from that season will always be the incredible run of an unexpected Liverpool team — and the incredibly fitting way that run ended.

‘The Grantland NFL Podcast’: Breaking Down Week 15, and a Fantasy Championship Week Challenge

What the Three-Team, 11-Player Wil Myers Trade Bonanza Means for the Padres, Rays, and Nationals