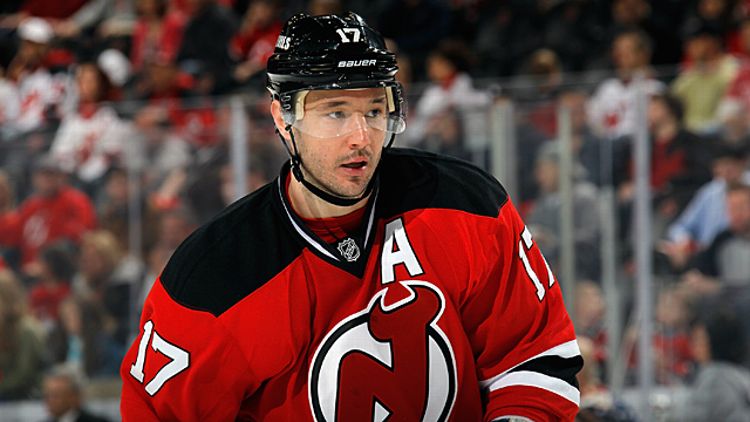 Ilya Kovalchuk stunned the hockey world Thursday when he announced his retirement from the NHL. The decision came with 12 years and $77 million still left on Kovalchuk’s controversial contract with the New Jersey Devils, and paved the way for the 30-year-old to sign a deal with the rival KHL.

We’ve had a few days to sort through the fallout and try to figure out what it all means. So as we prepare to enter the first full week of the NHL’s post-Kovalchuk era, here’s a look at the winners and losers from one of the most shocking stories in recent memory.

Sure, he’s walking away from $77 million. But the KHL’s looser salary structure means he can make most of that money back in just a few years. And he’ll do it while being the marquee attraction in a league that’s slowly but surely growing as a global alternative to the NHL.

Beyond the money, Kovalchuk and his wife now get to raise their three children in his home country. He’d strongly considered staying in Russia after the lockout ended, and now he’s followed through on that dream. From Kovalchuk’s perspective, it’s hard to find a negative here.

Losing your franchise player for nothing seems like it should be a bad thing, but when you step back and look at the bigger picture, the Devils have to be thrilled with Kovalchuk’s decision. Given the contract that they handed him to in 2010, all this couldn’t have worked out any better.

Kovalchuk’s deal was blatant cap circumvention, a classic front-loaded deal with low-salary seasons tacked on to the end to artificially lower the cap hit. But it came with a twist: The really big-money years didn’t actually kick in right away. Instead, the deal started off with two reasonably priced seasons followed by six straight years of eight-figure salaries.

Kovalchuk’s retirement comes just three years into the deal, meaning the Devils had to cough up only one season of truly big bucks. And that season ended up being shortened by a lockout, so it wasn’t even as big a hit on the budget as it could have been.

In the end, the Devils got three years of Kovalchuk in his late 20s, at both a reasonable salary and cap hit. And they were let off the hook for the remaining years, when they would have been paying much more and (presumably) getting much less. And all it costs them is a cap recapture charge that’s so modest it will barely even register.

(The Devils also lose their 2014 first-round pick as punishment for Kovalchuk’s cap-circumventing contract. But that was going to happen anyway — it’s a sunk cost, so we don’t need to factor it in here.)

Remember, the Devils could have made Kovalchuk’s life more difficult by refusing to sign off on his decision. There’s a reason New Jersey GM Lou Lamoriello didn’t choose that option. In fact, after looking at how the numbers break down, he probably sprinted to the fax machine with the signed paperwork just in case Kovalchuk changed his mind.

For a team that’s already struggling financially, Kovalchuk’s decision must have felt like winning the lottery.

The league has siphoned players from the NHL before, but with the notable exception of Jaromir Jagr in 2008, they’ve mostly been lesser names. In Kovalchuk, they’ve finally lured away a superstar who’s still in his prime.

KHL teams have been more than willing to pay top dollar for far less accomplished homegrown players; meanwhile, the league continues to gain credibility and prominence. While the Kovalchuk deal isn’t likely to cause a sudden exodus of NHL talent, it may plant a few seeds in the heads of other Russian stars about returning home someday.

[Editor’s note: Um, you pitched this as a “winners and losers” column. Where are the losers?]

[Author’s note: Yeah, I’m working on that. It’s actually kind of tough to find a loser in all of this. But let me keep digging; I’m sure I’ll find something.]

The 2014 Winter Games already came with an intriguing prepackaged story line: The mighty Russian machine, fresh off an embarrassing debacle in 2010, goes for redemption in the form of a gold medal on home ice. It’s hard to understate how important Sochi is to Russian stars, so much so that some have even been willing to risk their NHL careers for it. But to win, they’ll need to go through both the defending champions from Canada and their historical rivals from the USA. You couldn’t write a better script.

Unless … you introduced a controversial hero/villain into the equation. By deserting the NHL to return home just months before his country’s most important hockey competition in a generation, Kovalchuk instantly becomes the face of the 2014 Russian team. Fans there will love him, fans in North America will hate him, and a tournament that already came packed with drama just got a little more interesting.

Winner: Fans of every NHL team except the Devils

I know, I know, I’m supposed to put this in the “loser” column because we’ve all been deprived of watching a generational talent ply his trade in the NHL and that should make us all feed sad and blah blah blah.

Here’s the thing: Kovalchuk was a really, really good hockey player, and he didn’t play for your favorite team. That means that while you’re going to pretend to be upset about him leaving, you’re actually kind of glad that he’s not going to get to light it up against your team anymore. If we’re all being honest, you’d be perfectly happy with every star player in the league shredding his ACL tomorrow if it meant your team would have a slightly better chance of making the playoffs. Just remember, we’re not supposed to acknowledge this part out loud.

NHL fans will be losers if Kovalchuk’s decision is the first domino in what turns out to be an exodus of the league’s few remaining Russian stars. But again, that doesn’t seem to be the expectation right now, so let’s hold off on any panic.

[Editor’s note: OK, Johnny Sunshine, enough with the happy sauce. Start listing some losers or we’re going to scrap this whole post and use the space for more Sharknado coverage.]

Last year was a disappointment for the Devils, as they followed up a trip to the Stanley Cup final by missing the playoffs. After losing Zach Parise to free agency, the team never really seemed to find any momentum and ended up finishing dead last in the division.

Even before last week’s news, it was hard to feel especially optimistic about the Devils’ odds next year. They lost David Clarkson to free agency, Patrik Elias is another year older, and the best player the franchise has ever known seems headed toward an inevitable retirement at the end of the season. The Cory Schneider trade was a solid long-term move, but it didn’t necessarily make the team markedly better for next year.

As of today, with Kovalchuk gone and limited options left in free agency, it’s not hard to imagine that next year’s edition of the Devils will be even worse than this year’s. And on top of all that, fans can’t even root for the team to tank for a high pick in what’s expected to be a strong draft, because they won’t have one.

If you’re a New Jersey Devils fan, next year might be really, really bad.

[Editor’s note: Finally! Thank you. All this relentless positivity was creeping me out, and I was worried that you were going to turn this post into some sort of optimistic …]

And yet! Overall, this is good news for the Devils, which means it’s good news for their fans. Yes, they may be awful next year, and yes, the farm system isn’t especially great (i.e., it’s god-awful). Let’s face it, this is a team that needs to be rebuilt from the ground up.

But that’s all the more reason to be thrilled to get out from under a massive long-term contract. Being stuck with an aging Kovalchuk wasn’t going to help the situation, and now his money and cap space can be spent elsewhere. And fans no longer have to worry about a potentially devastating cap-recapture penalty after an eventual Kovalchuk retirement down the road.

The bottom line is that if you’re a Devils fan who was hoping to see the team win the Cup sometime in the next decade, your chances just got better, not worse.

[Editor’s note: This is futile. Start finding some losers. Now.]

Loser: Anyone who just traded for Kovalchuk in a keeper league

You know there’s at least a few of them out there. They could probably use a hug right now.

Loser: The credibility of anyone who tried to turn this whole thing into some sort of morality play

As we’ve covered, this story feels like a win for almost everyone involved. And there’s really no question that it was good news for both Kovalchuk and the Devils.

But that didn’t stop the predictable appearance of pundits who wanted to paint Kovalchuk as a villain who’d betrayed some sort of sacred trust. Yes, we’re looking at you, Jeremy Roenick. You too, Don Cherry.

At this point, most hockey fans realize that the phrase “enigmatic Russian” has become redundant. Every Russian NHLer is enigmatic. And every NHL enigma is, by definition, Russian. It’s been one of the league’s treasured clichés since the first wave of Russian players arrived in the late 1980s.

If there was ever a time to drop the trope once and for all, back-to-back Hart Trophies from Evgeni Malkin and Alexander Ovechkin would have seemed like a decent opportunity. Luckily, Ilya Kovalchuk came along just in time to make sure we’ll be hearing about these confounding Russian headcases for years to come.

Never mind that wanting to raise your family in your home country doesn’t seem especially enigmatic. And never mind that the decision to jump to a rival league for more money wasn’t anything that a generation of North American players didn’t do during the WHA era. Hockey fans love their scary and confusing Russian stars, and now we have an excuse to keep painting them with that brush.

It’s a stereotype that’s apparently going to be with us for a long time to come. Even if Ilya Kovalchuk won’t.

'He's a Man of the People, and Wants to Party With Them': Bass Drum of Death's John Barrett Talks About Marshall Henderson at Ole Miss