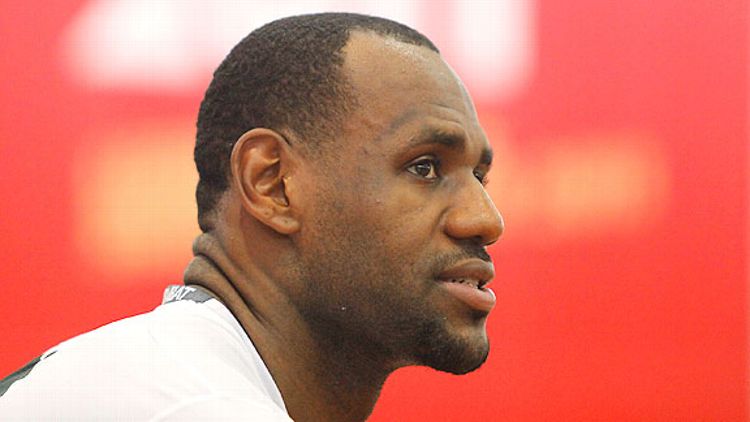 See, LeBron is like my 2-year-old nephew, George. Both George and LeBron believe that every day will be better than the one that came before it. They will jump higher. They will run faster. They will eat ice cream more efficiently. (G-Man, it’s ice cream, not ointment. You can’t consume it through your cheek.)

LeBron never knew a world where “tomorrow” wasn’t an upgrade from “today.” Then he started losing his hair. For the first time, he woke up and saw that a part of his life was in decline. He was mortal. He was living in a world of limits. That scared him. This week, we learned it haunted him. This week’s BIG WINNER is LEBRON’S HAIRLINE TWEET. On Wednesday, he tweeted this:

Had a dream my hairline was back! Woke up and went to bathroom, turned on light slowly. Same ol story. Damn! Lol #wishfulthinkingless than a minute ago via UberSocial for BlackBerry


LeBron wants to go back to his old world. Me too, man. But it’s over for us. That’s for George and his buddies (which are mostly pets or costumed characters). It’s time to realize that if you’re not getting better, you’re getting worse. Ditch the headband. Confront your own imperfections. Go the gym and work on the boring parts of the game that will make you a champion. (I don’t know what these are, but I’ve heard Simmons and Steve Kerr talk about post moves.)

I know it’s a silly theory. But just go with me. Here’s a snippet of Michael Jordan’s legends profile from NBA.com:

That third consecutive playoff defeat to the Pistons prompted many to think out-loud that a scoring champion like Jordan could not lead his team to a title.

Were they ever wrong. The next year, Jordan led the Bulls as the team waltzed through the postseason losing only twice en route to the franchise’s first NBA title. … Jordan, who by now shaved his head completely bald triggering another trend and making him recognizable by just the dark rounded silhouette of his head, was now known as a champion.

The big loser of the week is Andy Samberg’s closet.

Samberg should go into his closet right now and throw away all of his clothes. Here’s why — Andy Samberg looks better when he dresses as an athlete. Let’s call it the Joe Torre/Jon Hamm/Kevin Garnett Permanent Halloween effect. As a test, please close your eyes and think of those three guys splashing around at a water park.

Even at a sunny imaginary water park, I can’t envision those guys wearing normal clothes. If I somehow do manage to imagine them in T-shirts and jeans, they look like space aliens.

Which brings us to Samberg.

That’s not a costume. From now on, those should be your clothes, Samberg. Own it.

The moth that said to another moth, “I bet you won’t fly into Matt Holliday’s ear.” … pretty much all moths … the fun of Brett Favre rumors … any tattoo artist chatting up Jerry Richardson at a cocktail party … Anyone who ran out of Saran Wrap after looking at pictures of NFL rookies being wrapped in Saran Wrap … the random guy out there who is named Saran Wrap … the legends in the “NBA 2K12” legends trailer who are on the wrong end of legendary moves (cough … David Robinson and the Dream Shake … cough cough)