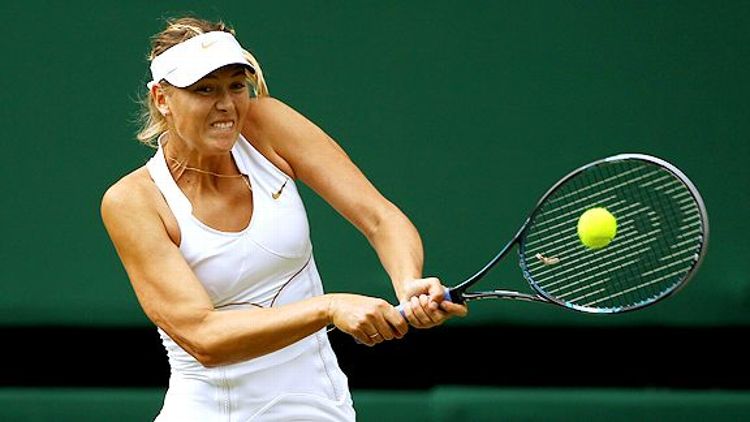 Maria Sharapova, a champion at 17, is looking to repeat her 2004 victory at the All England Club. Petra Kvitova, who quietly and efficiently worked her way through this year’s draw, seeks her first Wimbledon title. Novak Djokovic will face defending champion Rafael Nadal, who limps into the men’s final with an ailing foot. The Wimbledon finals are this weekend, with the women’s match on Saturday and the men’s Sunday. Here are five storylines to watch.

BACK IN CONTENTION: Maria Sharapova’s life seems like the kind of sweeping and ascendant story that little girls assign to their dolls. She could easily be an American Girl character: born somewhere far away and rural; brought to the U.S. at a young age by her hard-working, loving and slightly crazed father; has lots of clothes. She rose to one of tennis’ most cherished roles: Unlikely Teenage Grand Slam Champion. She then fell prey to one of its most damning whispers: Will she ever win a big one again? She’s back in the Wimbledon final after a seven-year absence, and everything almost seems too scripted — the comeback, the redemption, the dark-haired NBA player fiancé pumping his fist in the crowd. But Petra Kvitova also waits in the wings, her own sweet story unfolding. Last year at Wimbledon, she powered her way to her first Grand Slam quarterfinals and semifinals before falling to eventual champion Serena Williams. Now she’s in her first Wimbledon final, and could earn her first win.

NOW SERVING: Both Kvitova and Sharapova are known for their powerful groundstrokes, but the efficacy of their serves might be what ultimately decides this year’s champion. For Kvitova, it’s a matter of strategy; the 6-foot lefty has weapons that few other players possess. Her slicing ad-court serve might not be speedy, but as Tennis‘ Peter Bodo points out, it can be “devastating.” She recorded nine aces in her 6-1, 3-6, 6-2 victory over Victoria Azarenka, winning 73 percent of her first-serve points and double-faulting just twice. Sharapova, on the other hand, won her semifinal match against Sabine Lisicki in spite of her serve; she double-faulted an alarming 13 times. Sharapova underwent shoulder surgery in 2008 for a torn rotator cuff that threatened to end her career, so it’s not surprising that she now has a less formidable serve. And it’s not a huge deal if it never returns; her baseline game is good enough to pick up lots of slack. But not 13 double faults’ worth of slack against a player like Kvitova, a high-risk-high-reward gunner who hit 40 (!) winners against Azarenka.

WHOSE SIDE ARE YOU ON, ANYWAY?: Kvitova has drawn comparisons with tennis great Martina Navratilova. Both Czech, and Kvitova is the first left-handed woman to reach the Wimbledon finals since Navratilova in 1994. “Yeah, of course she was my idol when I was young,” Kvitova said. “Some special connection, no. We can meet, but [it] is nothing special. She said to me, well done, great job, and that’s it.” Navratilova’s relationship with Sharapova is more complicated. A 7-year-old Sharapova moved with her father from Russia to Florida in 1994 with just $700 to their names. They came on the suggestion of Navratilova, who noticed Sharapova at a clinic in Moscow and recommended formal training. Navratilova has recently been more critic than champion of Sharapova. In 2005, she penned a stern piece in the Guardian, chastising Sharapova for calling herself “part athlete, part businesswoman.” She’s also been an outspoken opponent of the barbaric yawps that players like Sharapova produce. Lucky for her, Maria is playing Kvitova and not the egregious Azarenka, whose wails were compared to WWII rocket launchers — though that would have been an excellent opportunity for the BBC to really test out its new grunt-filtration system.

SOMETHING’S AFOOT Weaknesses in Rafael Nadal’s game won’t hold him back, but an injury might. After beating Mardy Fish in the quarterfinals earlier this week, he told reporters that his hurt foot hadn’t improved and needs to be numbed with painkillers. “My foot is not fine,” he said. (Some people called shenanigans.) “But, you know, we are in quarterfinals of Wimbledon. Is an emergency, so I had to play … is always for me a dream play here in Wimbledon.” (Nadal, who on Friday eliminated home-crowd favorite Andy Murray, may be a promiscuous dreamer: at the same press conference he mentioned U.S. Open champion Rory McIlroy, noting that “it will be a dream for me to play golf with him any day.”) Novak Djokovic has played Nadal four times this year and won each time — including two best-of-three clay court tournament titles in May. But he’s probably hoping Nadal is hobbling. In four Grand Slam matches against the Spaniard, Djokovic has won just one set.

DJOKOVIC IS NO JOKE: The pairing of Djokovic and Nadal is a delight, a meeting of tennis’ best. Each already has a Grand Slam title to his name this year; Djokovic won the Australian Open, while Nadal took the French. Djokovic on Friday earned the world’s no. 1 ranking for the first time in his life, bumping Nadal to no. 2 regardless of the outcome of the final. Djokovic might not be mighty, but he is nimble. He won’t always overpower his opponent, but his backhand screams down the line. He lacks the gravitas of Roger Federer and the sneering swagger of Nadal, but in 48 matches since November he has lost to only one man (Federer), and that guy’s no longer around. Djokovic was known in his early years as the class clown of the tour, mimicking other players and mugging for the crowd, so maybe it’s understandable that the man known as “The Djoker” still isn’t taken totally seriously. A win Sunday might finally change that.

The Grantland Top Five: Dennis Rodman's Saving Babies, Josh Hamilton and the Rest of the Week in Sports and Culture