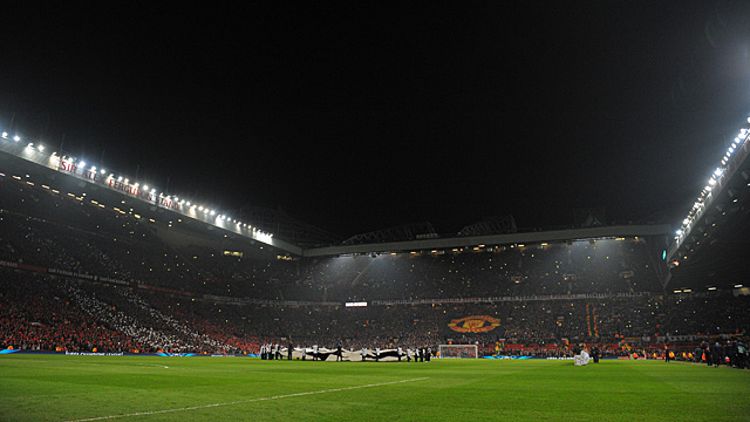 When this slipped out late last week, it barely picked up much traction because, well, it seemed weird. Plus it surfaced on Friday, and Friday is where news goes to die.

Manchester United has hired a sound engineer to improve the atmosphere at its home ground, Old Trafford. They want it to be louder. This is the stadium where fans were once famously dissed by Roy Keane for enjoying “prawn sandwiches” more than actual football.

The move is actually not that weird. It’s smart. Or smarter; smarter in the way that Billy Beane was smarter. That’s because relatively recent academic literature is littered with papers studying the impact of social pressure on outcomes in sports. And two conclusions are inescapable. First, economists really like studying soccer. But more importantly, home teams in front of large, hostile crowds have a distinct advantage. And it’s not for the reasons you might suspect.

(That’s assuming you suspect home teams win because visiting teams have trouble playing in front of large, hostile crowds. According to the data, that’s not what’s happening.)

Studies show that home-field advantage is largely a function of officiating bias in favor of the home team. One of the seminal papers on the subject was done by professors Luis Garicano and Canice Prendergast from the University of Chicago, and Ignacio Palacios-Huerta from the London School of Economics. Sampling data from 750 matches in Spain’s La Liga, the professors looked at the amount of stoppage time added — one of the variables where referees have discretion — and found that, against an average of three minutes, referees gave 35 percent more time when home teams were trailing by a goal and 29 percent less time when the home teams were ahead by a goal. That is: In close games, referees gave the home team more time to try to score when trailing and the visiting team less.

Yes, the work was done by studying matches in Spain, but the phenomenon is known to Premier League fans by the more colloquial term of “Fergie Time” (after United’s Sir Alex Ferguson). But Garciano et al. showed that it’s a real thing.

Moreover, they showed that the bias is a result of “social pressure”: basically a large crowd yelling at officials (or officials not wanting to be yelled at). A one-standard deviation increase in crowd size showed a 20 percent increase in bias. Bigger crowds meant more home-team favoritism by the ref. In cases where there was a substantial visiting fan presence, home-team bias was shown to be mitigated. So when Real Madrid fans showed up en masse to an otherwise half-full Coliseum Alfonso Pérez, Getafe was suddenly less likely to get some questionable decisions in its favor.

Subsequent studies have further demonstrated that officials do act under the influence of the home crowd.

One in Italy compared matches played in empty stadiums to those in front of crowds, and similarly found referees whistled for fouls and issued yellow and red cards at rates that favored home teams. Another played videotapes of challenges to referees, some with accompanying crowd noise and some with no audio. Officials who watched tackles with the crowd noise gave significantly fewer decisions against the home side.

Yet another in Germany found, similar to the one in Spain, that trailing home teams were awarded more stoppage time, but the comparison was done between Bundesliga stadiums with and without a track between the stands and the field. That sounds weirdly trivial but, remember, sound decreases with the square of the distance. Move twice as far away from something and it’s four times less loud. So simply putting a bit of a spatial buffer between the crowd and the referee makes it less likely he will “help” the home side, because he was under less auditory stress from its fans (it also makes this engineering wrinkle by West Ham look particularly prescient).

Finally, a study of both the Premier League and the Bundesliga that controlled for in-game factors by breaking down matches into 15-minute intervals further confirmed the observed “track” phenomenon in the Bundesliga. By reclassifying teams by favorite-underdog instead of home-visitor, they again found statistically significant evidence of referee bias in favor of the home team in both the Bundesliga and the EPL.

If you’re curious about the methodologies and the numbers, you can read more here, here, here, here, here, and here. It is worth noting that the last study finds home-team bias by officials in Brazil, but the study was statistically unable to attribute the phenomenon to social pressure. Cumulatively, the conclusion seems pretty inescapable: It’s not the visiting teams that are intimidated by home crowds, but the referees.

And that brings us back to United.

Look at the last major decision to go against them at Old Trafford. In last month’s return leg of the Champions League tie against Real Madrid, United was up 2-1. Ferguson’s decision to use Danny Welbeck against Xabi Alonso and choke off any service to Cristiano Ronaldo was working ridiculously well. In the first half, Madrid barely threatened goal. Then, in the 56th, Nani decided to stick a boot into Alvaro Arbeloa’s chest. A marginal call, but Nani got a straight red for his handwork. Up a man, Madrid scored twice in about three minutes and dumped United out of Europe.

So, what if a noticeably louder Old Trafford had “pressured” a quick-carding referee, for which Cuneyt Cakir has a bit of a reputation, from going to his pocket? What’s that worth?

Assuming it gets the same winnable draw Madrid got against Galatasaray (and that’s not a lock to win as United lost 1-0 and won 1-0 in their two matches against Galatasaray in this year’s group stage), that puts it one more round from the final. And had United made it all the way to the final (again, not a gimme), it would have been looking at about an extra €26 million. Oh, not to mention it would have fought for another trophy (sorry, Arsenal fan here, so it’s easy to forget about those things).

Even last season’s league was decided on goal difference (both City and United had 89 points). One more dodgy penalty call at home — OK, one more beyond the half-dozen dodgy ones already awarded to Ashley Young — and United would have sucked the drama out of maybe the most insane final day the league ever had.

If you’re looking at just the last 12 months, simply playing in a more hostile environment might (emphasis: might) have been the difference between another league title and a reasonable shot at another European title. Not a bad hypothetical return on the cost of ponying up for an acoustical engineer.

Sure, the Red Devils already have Howard Webb, but you can never have too much of an advantage at home. Moreover, Ferguson’s tires have to be running thin on tread. And there’s no guarantee that the next manager in charge at Old Trafford will be able to tell the officials when a match is over by tapping his watch.

Hey, Don't F*$% This Up: The Houston Texans' Outdated Offense