Why the System, and Not Its Pieces, Will Determine the Clippers’ Defensive Success 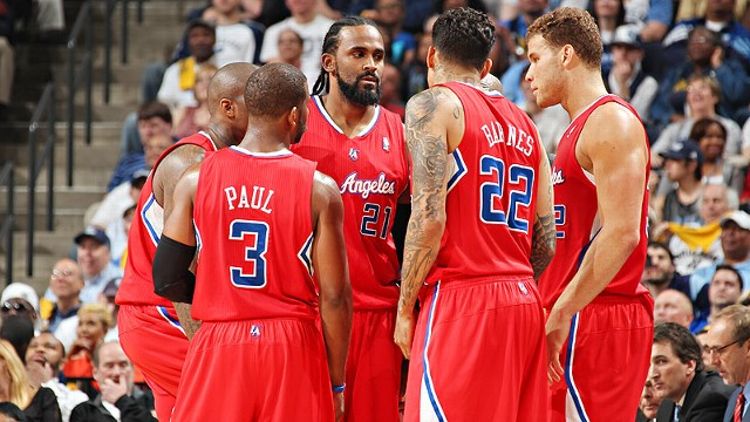 It’s been quite the offseason for the Los Angeles Clippers. By re-signing Chris Paul, snatching Doc Rivers away from the Celtics, turning Eric Bledsoe’s potential and Caron Butler’s contract into J.J. Redick and Jared Dudley, and retaining Matt Barnes, the Clips have been remolded as a true Western Conference power.

Paul’s presence on the roster essentially guarantees Los Angeles a top-flight offense and should alleviate any cause for concern related to the dreary and unimaginative system Rivers’s Celtics used for the last few years. Over the past six seasons, Paul’s teams have scored 109.7 points per 100 possessions with him on the court — good enough to place in the top four in efficiency in any of those seasons. Paul already has wonderful chemistry with Blake Griffin and DeAndre Jordan in the pick-and-roll, and the dead-eye shooting of Redick (39.0 percent from beyond the arc in his career) and Dudley (40.5 percent) should make that trio even more dangerous by manufacturing more room for Paul and the Clippers’ bigs to operate in the middle of the floor.

The concerns for this Clippers team will come on the defensive end. Griffin, Jordan, and backup center Ryan Hollins are the only players on the current roster taller than 6-foot-7. None of them could be described as a game-changing defender at this point in his career, or even a consistently above-average one. Griffin and Jordan each improved last season, but both still struggled to defend pick-and-rolls and were often a half-step slow or late when called on to rotate behind the play. Any good defensive coach will tell you those half-steps cumulatively make up the difference between a top defense and a middling one, and after a strong start to the season, the Clippers defense could only be described as middling.

Paul has a snazzy steal rate that routinely has him ranked among the league’s top pilferers, but he has also allowed opposing point guards to post a Player Efficiency Rating above 15.0 (league average) in four of the last five seasons, according to 82games.com. Paul’s New Orleans teams were often better defensively with him on the court than off, but the Clippers have defended better sans Paul in each of the last two seasons, according to NBA.com.

Some of that is a function of personnel; Paul rarely played with Eric Bledsoe — the team’s best defender — and he logged nearly two-thirds of his minutes with the Griffin-Jordan pairing, which registered a 104.2 defensive rating last season, per NBA.com. But part of it is also Paul’s stature. Both tall point guards that can shoot it well from outside and smaller point guards that are lightning-quick off the dribble are becoming more and more common. The former can shoot over Paul’s outstretched arms, and the latter can run him into ball screen after ball screen all game long. Paul’s still a plus player on defense, but he has clear hindrances as well.

Matt Barnes is the team’s strongest defender on the wing, but his skill set is such that you don’t really want him to play much more than 20 or so minutes per game, lest you invite diminishing returns. That means most of the shooting guard/small forward minutes will be soaked up by Redick and Dudley, with a dash of rookie Reggie Bullock sprinkled in as well.

The veteran newcomers are both sound positional defenders — Stan Van Gundy remarked at this year’s Sloan Sports Analytics Conference that he knew he could always count on Redick to make the right rotation when they were both in Orlando — but they aren’t exactly lockdown, on-the-ball types a team can use to hound Kevin Durant or James Harden into tough shots for long stretches in the playoffs. Redick and Dudley won’t get embarrassed by those types of stars (at least not any more than anyone else would), but they won’t be able to impose their will defensively, either. Dudley is also prone to ball watching and can be victimized by the backdoor pass, and Redick can sometimes stray too far away from spot-up shooters.

Joining Barnes and Bullock on the bench unit are Darren Collison, Jamal Crawford, and Ryan Hollins — a motley crew of terrible defenders if there ever was one. Bullock was a solid defender at North Carolina, but nearly every rookie struggles out of the gate on defense. Everyone is familiar with Crawford’s brand of nonexistent defense at this point. Collison struggled so badly in Dallas last season that Rick Carlisle benched him for Mike James. Mike James! And Hollins has real struggles with being overaggressive.

All of this is a long-winded way of saying that this season’s Clippers are placing a pretty sizable bet on the defensive system being more important than the personnel running it. Rivers is expected to install the now-pervasive Celtics defense originally constructed by former Rivers assistant and current Chicago Bulls head coach Tom Thibodeau (the principles of which Zach Lowe expertly outlined at Grantland earlier this season), and Los Angeles is hoping and praying that will be enough to turn its defense into a unit respectable enough to compete.

Rivers may not have created the defense or been the one responsible for its implementation for most of his tenure in Boston, but he’s been coaching it long enough that its doctrines are surely embedded in his brain cells — at least well enough for him to teach it to his new charges. Whether they can put those ideologies into practice is another matter.

Doc’s Celtics still defended at an elite level in each of the last two seasons when he was without a true defensive coordinator on his staff, but he also had the luxury of unleashing Avery Bradley on ball handlers and knowing Kevin Garnett was patrolling the paint, running his mouth, and keeping everyone in the right position. There’s a reason Boston’s defense was 5.3 points per 100 possessions better on average with Garnett on the floor than off during his Celtics tenure.

This Clippers team doesn’t have a Bradley, and it definitely doesn’t have a Garnett. There’s no one to apply that crazy full-court ball pressure now that Bledsoe’s been shipped out. Paul needs to conserve energy to orchestrate the offense, and Collison is Collison. Griffin, Jordan, and Hollins leave much to be desired in terms of their individual and help defense already; giving one the responsibility of positioning the rest of the players on the court would be foolish at best and outright disastrous at worst.

Due to the lack of elite defensive talent on hand, the Clippers’ season will, in effect, be a test case on the importance of the defensive system versus that of its individual defenders. The roster, while lacking in pure lockdown types, is long, strong, and athletic. It will be up to Rivers and his staff to hammer home the importance of forcing a man toward the help, of making sure the second and third rotations are ready before the first one is complete, and of always, always, always picking up your teammate’s slack. Rather than relying on one or two stalwarts to carry the load, the Clips will have to count on the whole being greater than the sum of its parts.

'He's a Man of the People, and Wants to Party With Them': Bass Drum of Death's John Barrett Talks About Marshall Henderson at Ole Miss