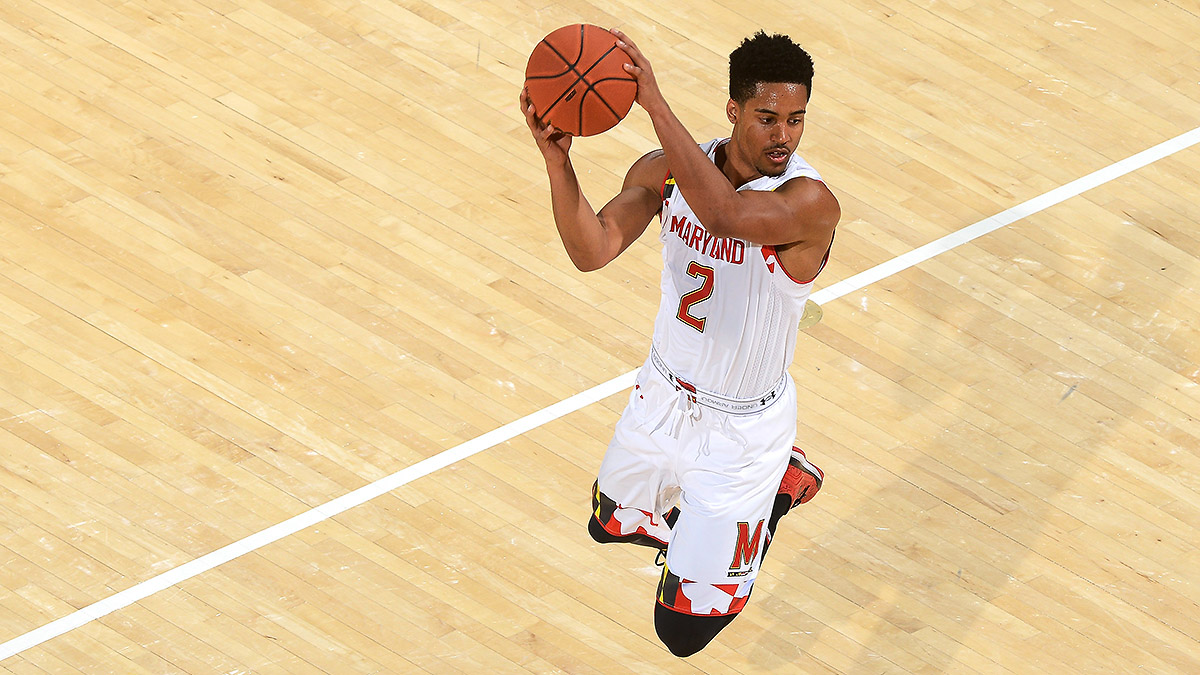 Who’s That Guy is an ongoing Grantland series and an orientation tool to use in the vast sports landscape. And hey, college basketball is part of that landscape!

Does he own the best name in college basketball? Undeniably. GET THAT WEAK STUFF OUTTA HERE, YOGI FERRELL.

Where is he from? Upper Marlboro, Maryland.

Year: He’s a true freshman. Didn’t you read the headline?

His game in 110 words: With deep range and a decent handle, Trimble is a prototypical combo guard. He leads the Terps in scoring and is a close second to senior Dez Wells in assists. Trimble can get to the foul line with impressive ease, and is leading the nation in made free throws, with 106.

His early success has created an enviable dilemma for Maryland coach Mark Turgeon, who wants his best player on the court as much as possible, but also fresh for the long haul. Trimble has shown no signs of slowing down, however, making it hard to justify even a minor reduction in playing time from his 32.7 minutes per game.

You might know him from: Leading 11th-ranked Maryland to its best start in 16 years, DUH. (It’s impossible to avoid using the word “lead” a lot when writing about Trimble, and no, I’m not talking about the poisonous pencil material!) The Terps improved to 14-1 on Saturday with a 70-58 win over Lil’ Pitino’s Golden Gophers, largely due to Trimble’s 20-point outing, which came on the heels of a 17-point effort in Maryland’s double-overtime road victory over Michigan State. The dude has no chill.

If you’re a recruiting aficionado, you likely had Trimble on your radar coming into the season. ESPN deemed him a five-star prospect and ranked him 29th overall, making him the crown jewel of Maryland’s class. Rivals gave him a mere four stars and is probably seriously regretting that decision.

Video vault: Here is a one-minute highlight reel of Trimble’s best individual performance yet, a 31-point outburst (on just 11 shots!) against Arizona State. It is set to Fat Joe’s “Make It Rain,” which is a safe but effective choice.

Social media presence: Trimble’s cryptic Twitter handle, @_STAYMELO, raises a number of burning questions, namely: Other than a legal name change, what could possibly cause him not to “stay” Melo? Is he worried that someone will attempt to steal his name and/or birth certificate? (NOTE: Considering the awesomeness of his name, this concern would be understandable.) Does he perhaps fear that his name will somehow take on a corporeal form and float away? Who knows, man. The handle could be a prosaic reminder to always stay true to yourself, or some shit like that, but I have my doubts.

Also of note: Trimble’s background photo is, inexplicably, a mildly pixelated Hugo Boss logo. I couldn’t find an explanation for this anywhere, which makes it all the more hilarious. Boss move, bro. George Steinbrenner is smiling down on you.

What was his New Year’s resolution? To take more selfies.

This is something we all could improve on, and I commend Trimble for committing to such a noble cause. Take heed, America.

How do NBA scouts view him? Well, Trimble currently resides just outside Chad Ford’s top 10 list of point guard prospects, but that’s sure to change if he continues to play at this level. Likewise, most mock drafts have disregarded him up to this point, which seems bound to look very, very laughable come June.

The widespread apprehension to anoint Trimble as a future star may be the result of his disappointing performance in last year’s McDonald’s All American Game, in which he pretty much fell flat on his face against the top recruits in the country. Still, that was only one game, and an exhibition at that, and Trimble has more than made up for it in the intervening months.

Hey, this guy seems pretty cool! When’s his next game? Tonight, actually, in a showdown at Illinois that will be televised on the Big Ten Network, which has apparently taken a break from around-the-clock coverage of the conference’s banner New Year’s Day college football postseason showing. Then come meetings with Purdue and Rutgers, and then the sorta-anticipated rematch with Sparty. I fully expect Trimble to be averaging 40 minutes per game by then, because he is not a human being.

So, why should you know him? Because he’s the best player on the best team in the Big Ten, and knowing about him will be highly valuable for bracketology purposes. More importantly, despite being one of the most exciting players in the sport, he’s not totally mainstream yet — think pre-2008 NCAA tournament Steph Curry or pre-2010 NCAA tournament Jimmer Fredette. There’s still time for you casual fans to jump on the Melo Trimble bandwagon, and you’d be wise to do so.