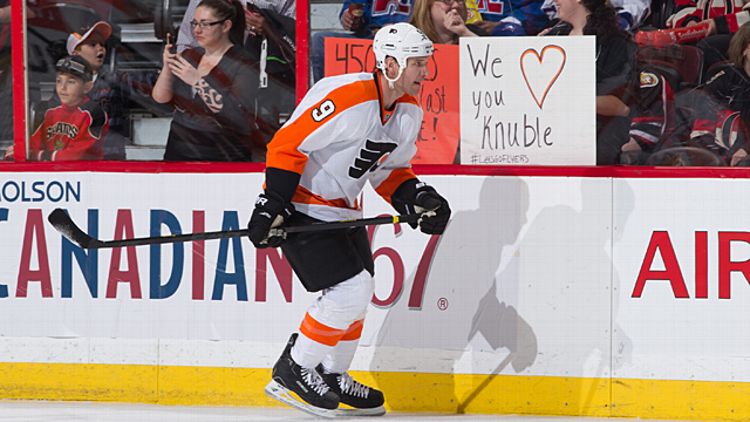 August is the dead zone of the NHL offseason. After the excitement of the playoffs, followed immediately by the draft, free agency, and a handful of major trades, August shows up and ruins everything. You suck, August.

Although we sometimes do see a meaningful late-summer signing or trade, most of the league seems to take the month off. And that’s bad news for the dozens of players who are still free agents. Some will still sign between now and opening night, but their options are narrowing and their odds of finding a job are getting worse by the day.

If you’re an NHL free agent who’s still unemployed in mid-August, chances are that you fall into one of 13 categories. Let’s walk through them and see if we can figure out what fans should expect.

The guy whom you could talk yourself into

Even though all the top free agents should have already been signed by August, there are always a few who still seem useful. They’re not stars, and may come with significant flaws. But when you factor in the hope that your favorite team could potentially land them at a discount, they start to seem downright attractive.

What to expect: These guys will eventually sign deals that are never quite as discounted as you expected. A few will work out well, most won’t, and half of them will be available at next year’s trade deadline.

You’re not fooling anyone

This guy hasn’t officially retired yet, and he may have had a decent career, but come on. He’s done. Nobody could possibly be desperate enough to sign him, right?

What to expect: Laugh while you can, because your favorite team is going to sign like three of these guys.

“They still make that?”

A subset of the previous category, this is a guy you’d actually forgotten was still in the league.

What to expect: Wait, how is it possible that Simon Gagne is only 33? Hasn’t he been in the league for 20 years? I want to see the birth certificate.

Each year seems to bring at least one guy who stays on the market well into August, and everyone is puzzled by it. He’s not a star, but he’s a decent player whom somebody should want. As time goes on and far inferior players get signed, this player starts to stick out more and more.

That leads to all sorts of fun speculation. Does he want too much money? Is there some sort of character issue we don’t know about? Does he even want to play in the NHL at all?

What to expect: Eventually this player accepts a discount contract somewhere, and you get mad at your team for not signing him.

The guy who’s headed to the KHL

Every year, at least a few serviceable players choose to sign with the KHL instead of an NHL team. In some cases, it’s a personal choice. In others, it’s a better option than waiting around for an NHL job that probably won’t come.

(By the way, it’s considered mandatory that every Russian free agent be linked to the KHL at some point.)

What to expect: News of these signings will always come in the form of a “report” from Europe, which may or may not turn out to be true, and has probably been run through Google Translate.

What do you get if you cross Vezina-caliber goaltending with that one uncle you try not to talk to because he’s always ranting about the government and posting chain letters on Facebook?

What to expect: Seriously, Tim Thomas is a free agent who’s mulling a comeback. But it’s not going well, and that’s not acceptable because I need someone to sign him. I don’t even care which team at this point, I just need him back in my life. Let’s never fight again, Tim.

So you’re a restricted free agent. Chances are, that means you’re a young, talented player coming off your entry-year deal. You’d probably like a long-term contract based on your future potential, while your team may prefer a shorter bridge deal based on your past performance. This often leads to an impasse.

That’s the bad news. Here’s the good news: You might get an offer sheet! The CBA allows teams to sign RFAs to an offer sheet, which are typically for a lot of money. Shea Weber got one last year. Ryan O’Reilly got one earlier this year. You might get one too!

What to expect: Spoiler alert: You are not getting an offer sheet.

OK, technically this happened only once: In 2010, when free agent Ilya Kovalchuk needed multiple attempts to get a massive contract with the Devils. The first attempt, a 17-year deal, was rejected by the league in July for contravening the salary cap.

That left Kovalchuk in limbo through most of August while the two sides tried to work out a new contract. Eventually, he signed a 15-year deal with the Devils, which the league grudgingly approved. He played three whole seasons in New Jersey and then retired to return to the KHL.

2013 example: None, because Ilya Kovalchuk ruined the fun for everyone.

What to expect: This is why NHL fans can’t have nice things, by which I mean “free agents who are actually good.”

The NHL’s annual arbitration hearings typically take place in late July and early August. Because the CBA allows teams to walk away from an award under certain circumstances, that occasionally results in a player unexpectedly being jettisoned onto the open market well after everyone else has already signed.

2013 example: None, because not one of the 21 players who filed for arbitration actually went to a hearing.

What to expect: Because they usually have to take a steep discount, these guys can often turn out to be a team’s best signing. Players like J.P. Dumont, Antti Niemi, and Clarke MacArthur have all wound up having productive runs with new teams after their arbitration awards were scrapped.

I honestly have no idea who that is

I’m sorry. I know you made it to the NHL, or at least to the high minors. I know you worked unfathomably hard your whole life just to get to this level. And I know that if you came out to one of our rec league games, you’d skate circles around us, score 20 goals, and leave with every one of our spouses. But none of us have any idea who you are.

2013 examples: Pretty much everyone on the bottom half of this list.

What to expect: Please note that I said “pretty much everyone.” When some of these guys inevitably get signed and go on to have productive years, I will retroactively pretend that those are the ones I knew about all along.

Ha ha … whoops! That would never happen! How did that make it onto this list? What a bizarre typo!

What to expect: Don’t be the “bad cop” in a contentious CBA negotiation, because the owners hold grudges. Allegedly.

What to expect: If you’re still on the Maple Leafs past the age of 24, your career is not going to end well.

This player can be identified by four key characteristics: (1) He is technically a free agent, but is not negotiating with any other teams; (2) he is engaging in a protracted decision-making process about whether or not to play one more year; (3) he has done this exact same thing every single season since 2007; (4) his name is Teemu Selanne.

What to expect: Selanne will eventually announce that he’s coming back for one more year, and we will continue to do this every year until he turns 100 and finally loses a step. Try to look surprised.