Which NBA Player Is Having the Best All-Star Vacation? 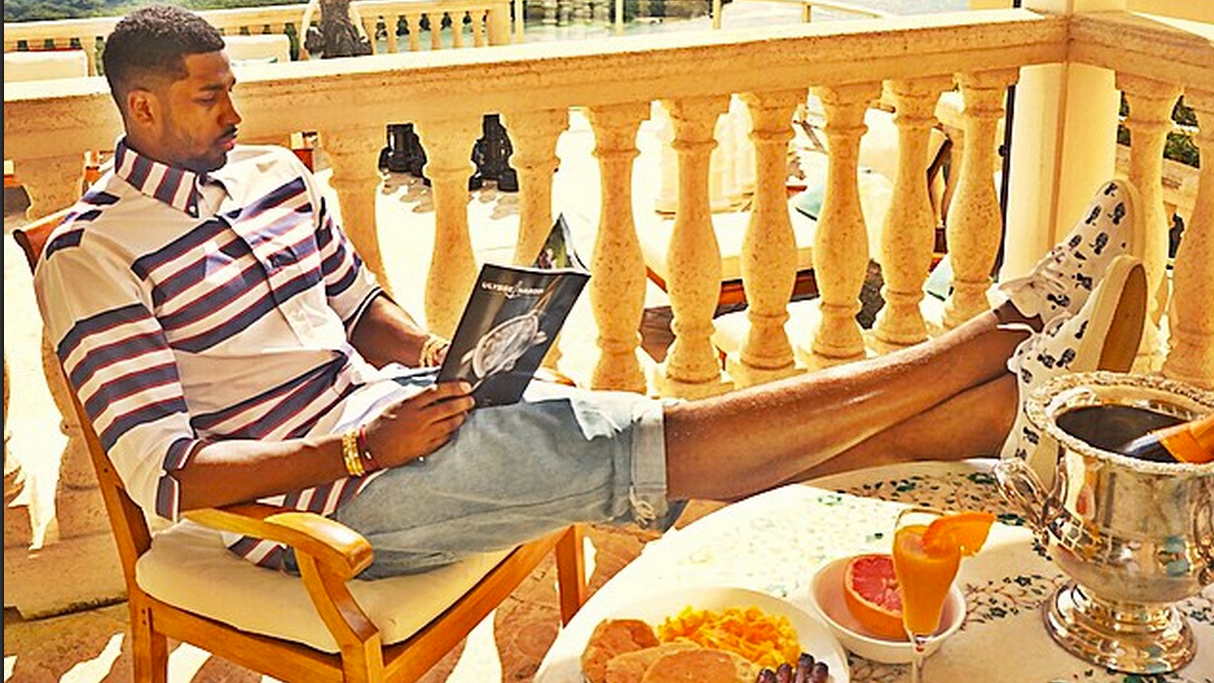 For the first time ever, the NBA All-Star break is a real hiatus. On top of the three-day weekend filled with mostly meaningless exhibition basketball, the players get another few days off without any obligations. This means that if you were wholly uninvolved with the festivities in New York, you got a week to vacation. You can go anywhere with a week! And with access to private planes and stacks of cash, tropical destinations are still very much in play for the All-Star players. Let’s see who is optimizing their time off with the best vacation.

Aruba!! It's been fun!! Time to get back to work!!! #MilwaukeeGrinders #FearTheGrind

Cabo with some real ones.

Pictures or it didn’t happen, guys.

Exactly what I needed to clear my head. Chillin w/ the crew but back to business now the All Star break is over #Back2Biz

Where He Went: New York

What He Did: It’s been a tough season for Reggie Jackson. After bailing out the Oklahoma City Thunder a couple of times in last season’s playoffs, he has watched Dion Waiters steal his minutes and heard his name thrown around in trade rumors. He definitely needed this break. He chose to spend it with his best friends, including Paul George. Reggie posted a photo from earlier in the week at a D-League activity, which is the most Reggie Jackson 2014-15 way to spend a vacation. He’s not even with the top-tier talent, and it looks like the Thunder’s break was shorter than most since they’re hosting the Mavericks on Thursday. This guy just can’t win.

Score: 4/10. At least he had his friends. I’ve long believed an athletic, scoring point guard would be a good fit for these Pacers. I hope he finds his way back to George soon.

Where He Went: Columbus, Ohio

What He Did: Evan Turner went back to his alma mater with fellow Buckeye Mike Conley. Based on this picture, it looks like they hit the gym. Turner and Conley made sensible, pragmatic use of their time off. They’re like the kids in middle school who started on the summer reading list in early July instead of waiting until late August to do all the work. Turner was probably emboldened by his game winner over Atlanta last week, which is likely the only basketball happiness he has known since the 2012 76ers’ playoff run.

https://instagram.com/p/zKyMpLCaFW
Where He Went: The Bahamas

What He Did: The (my) expectations for John Wall were abnormally high heading into this All-Star Weekend. He’s having a solid season, leading the league in assists, and he won the slam dunk contest last year — which he topped off by doing the nae nae with the aforementioned George. His 2015 weekend was relatively quiet in comparison. Nonetheless, he treated himself to a tropical retreat. The house is on the ocean and the water is very blue. That is all we know. He could have managed a better photo.

Score: 6/10. This looks like the kind of place you could rent on Airbnb, and I’m concerned about this back patio space. The sandy yard looks a little small to me. Sure, the ocean and the expansive beach are quite close, but those four chairs are stuck in a no-man’s-land. This area looks like it used to have a pool but was filled in.

Where He Went: Roatán, an island off the coast of Honduras

What He Did: And now we see the benefit of not making the All-Star team. It’s hard to believe that a season finale of The Bachelor hasn’t been filmed here yet. It looks isolated, romantic, and just far-flung enough to make it exotic. A cursory Google search suggests it’s a six-hour flight from Texas to Honduras, not accounting for getting out to the island itself. But Boris has got the time! According to Wikipedia, the island is about 50 miles long and five miles wide, and it’s a popular scuba destination. Boris also wore yellow sunglasses and a tank top with ice cream pops on a fishing expedition. He’s killing it.

Score: 8/10. Inventive location, whimsical shirt. What else do you need on an island holiday?

Where He Went: Haiti

What He Did: Even though he didn’t play in the All-Star Game because of a hamstring injury, Wade still spent the weekend in New York, eating at Babbo and preparing for his second career in broadcasting. Therefore, he didn’t have as much off time as his teammates, and had to pick a relatively local destination: Haiti. He went with wife Gabrielle Union and Chris and Adrienne Bosh. Wade may want us to think he flew in on that conspicuous helicopter, but he actually arrived on a relatively pedestrian private plane, as evidenced here.

Score: 7/10. Haiti is an unconventional choice and it’s almost a good deed to go there as the country recovers from the 2010 earthquake. But, Wade, please don’t try to make us think you’re jetting on a chopper when there’s photographic evidence to the contrary. Even when Wade makes an innocuous (if not commendable) choice, he’s still our greatest basketball villain.

Where He Went: Hawaii

What He did: Goran Dragic claims he went to Hawaii, but this lagoon-like stretch of beach looks a lot like Marina Del Rey, California. I don’t see much luxury here. Is Dragic saving his pennies until he signs a new contract this summer? Maybe he used his vacation to simulate what it’d be like to live in Southern California, since apparently he wants to play for the Lakers. Also, where are his wife and son?

Score: 4/10. If you go to Hawaii and your vacation doesn’t look like an episode of Lost, you’ve failed. Dragic’s vacation looks too much like The Descendants.

https://instagram.com/p/zJVpANuGLs/?modal=true
Where He Went: Hawaii

What He Did: This is what a Hawaiian vacation should look like. Swaggy P is wearing a Hawaiian shirt. He actually rode in a helicopter. According to Iggy Azalea, they saw lava, kayaked by some waterfalls, and even went zip-lining. As far as I know, this is exactly what you should be doing there. The only thing missing is a hike. But if you can pay to be flown up high, why waste the energy walking up to a peak?

Score: 8/10. Nick and Iggy pulled a Taylor Swift and took Polaroid photos. Their vacation looks a little more authentic and spontaneous than everyone else’s. It’s probably not, but an optics win is good enough for me.

All I Need In This Life Of Sin..

Where He Went: Miami

What He Did: Shumpert spent Valentine’s Day at Prime 112 in Miami with his girlfriend, Teyana Taylor. It wasn’t an official party, but Amar’e Stoudemire and his wife were at another table, indulging in a celebratory meal in the hours before his buyout from the Knicks was finalized. Patrick Ewing was also at the restaurant, though also with a separate group. The Page Six report claims this was all a coincidence, but it’s hard to believe that three ex-Knicks with complicated or tortured histories with the organization dining at the same restaurant is purely synchronicity.

Score: 6/10. Miami is boring, but a possible anti-Knicks conspiracy is riveting.

https://instagram.com/p/zGiF3IQDET/?modal=true
Where He Went: Virgin Islands

What He Did: Tristan Thompson is a king. Shumpert could learn a little from his new teammate. The photo you see above is just one in a series from his trip to the Virgin Islands. Thanks to his Instagram account, we’re familiar with the custom sneakers he wore on his flight, the private pool and patio, the gorgeous views, the lush hills, his hot girlfriend, and that he likes to read while eating breakfast. In one snap, he claims to have visited a rain forest. As my pod partner David Jacoby pointed out, this looks like a fake rain forest you’d find inside a Las Vegas hotel. But who cares? Thompson is living his best life.

Score: 10/10. There’s nothing missing from this trip. It is perfect. I will say no more.