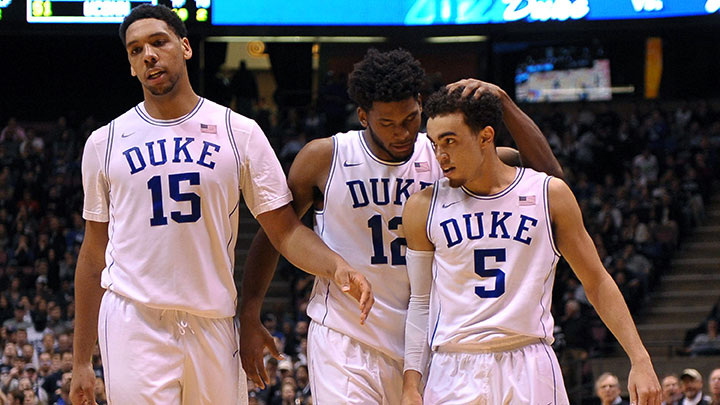 From vicious elbows to furious comebacks and ballsy game winners, any Duke–North Carolina contest promises to be an instant classic. With both squads ranked in the AP Top 25 and both likely another conference loss away from waving their slim hopes at catching ACC-leading juggernaut Virginia good-bye, there’s plenty of added juice ahead of tonight’s game in Durham. Yet, with all that’s at stake, something feels a bit off about this year’s rendition of Tobacco Road bedlam.

My formative years as a sports fan came in the mid-to-late ’90s, so both of these schools formed distinct identities in my head. After Grant Hill graduated to the professional ranks in the summer of 1994, Duke gravitated toward a collective, the quintessential “whole being greater than the sum of its parts”–type team. Some lean years, including the lost campaign when Mike Krzyzewski missed the second half of the season with a back injury, will force you into that mold.

But while guys like Cherokee Parks and Roshown McLeod were doing their thing for the Blue Devils, the Tar Heels were all about star power. Though it might not have topped the Jordan-era teams in the ’80s, the players who put on the powder blue in the next decade were an impressive lot. Future pros like Rick Fox and Eric Montross anchored the first half of the ’90s, while bland, talentless bums like Rasheed Wallace, Jerry Stackhouse, Vince Carter, and Antawn Jamison closed out the latter part of the century. Did anyone really care who was on Duke when Stackhouse was doing things like this?

Do you remember who coached Jamison and Carter in their last year at UNC? No, you remember Antawn Jamison and Vince Carter.1 Sixteen Tar Heels entered the NBA during the century’s last decade, compared to 13 from Duke — four of whom were rookies in the 2000-01 season. It’s probably not a coincidence, then, that all of that talent during the ’90s led to UNC owning the rivalry, winning 14 out of 24 games despite splitting eight contests against Christian Laettner, who was a destroyer of worlds as a college player.

But ever since the Carter-Jamison duo left Chapel Hill, the identities of the two schools seem to have slowly shifted. From 2000 to 2009, 14 Dukies played their first games in the NBA. Over that same time period, UNC had 13, with almost a third of whom were basically from one class. Ty Lawson, Tyler Hansbrough, Danny Green, and Wayne Ellington were the Four Horsemen of the apocalypse during their time at UNC, terrorizing college basketball while racking up 101 wins over a three-season stretch (2007-09), with five of those wins earned against their hated rival. Yet, over the aughts, it was the Blue Devils who held a 16-9 series edge.

Fast-forward to the current decade, and Duke is now the team with star power, while UNC has become the more consistent, more collective unit. Twelve Duke players — headlined by one-and-done talents like Kyrie Irving (who, of course, didn’t play most of his lone season), Austin Rivers, and Jabari Parker — have seen time in the NBA, and half were first-round picks. Meanwhile, the Tar Heels have produced eight NBA players. As you can probably guess, the record since 2010 is in favor of Duke, 8-3. 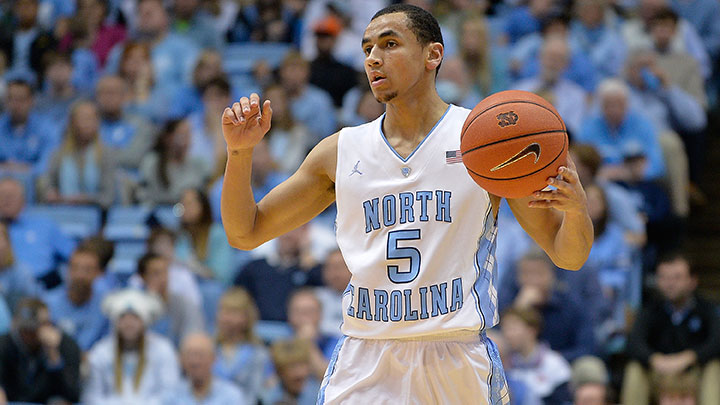 Viewed through a simplistic lens, we can pare the success in this rivalry down to one factor: talent. Over the course of the past decade and a half, it’s clear that since these two programs are so even in most respects, the advantage comes down to whichever school can stockpile the most blue-chip ballers. And thanks to Coach K’s acceptance of one-and-done players coming into his program, Duke is winning this basketball cold war.

Three current Blue Devils — headliner/mega-talent Jahlil Okafor, wing Justise Winslow, and guard Tyus Jones — are potential first-round draft picks, and the first two will almost definitely be lottery picks. In contrast, North Carolina’s most talented prospect is arguably Kennedy Meeks, the 6-foot-9 big man who doesn’t project to go until the second round … if he even gets enough positive feedback to enter the draft. Players like J.P. Tokoto and Marcus Paige aren’t slouches, but they’ll be overshadowed by the presence of Okafor, just like Carter & Co. consistently overshadowed Duke more than 15 years ago.

And even though Okafor and his fellow freshman phenoms may be plying their trade in the NBA next year while Paige, Tokoto, and (possibly) Meeks return for another year at Chapel Hill, the Tar Heels aren’t assured of success. Among the incoming class, Duke is locking horns with UNC over a local recruit named Brandon Ingram, and the Blue Devils have already secured the signature of two other Top 25 prospects: Franklin, Ohio’s Luke Kennard and Las Vegas big man Chase Jeter, the ninth-ranked prospect in his class according to the ESPN top 100. UNC, while vying for the chance to sign Ingram and still on the short list for no. 2 overall prospect Jaylen Brown (though most outlets have speculated Kentucky is the front-runner), has secured only one top-100 player, 95th-ranked Luke Maye.

The question for fans of this rivalry is whether the talent war being won by Duke is part of a cycle destined to turn back UNC’s way or if it’s a true shift in the balance of power. The case for the former can be made by noting that Harrison Barnes, Kendall Marshall, and John Henson were all big-time recruits pulled in by Roy Williams just a few years ago. But it’s also easy to take Coach K’s involvement in USA Basketball2 as a (relatively) new, added leg up in the McDonald’s All American arms race.

No matter how you look at it, though, another Carter, Jamison, or Lawson isn’t coming to the rescue for UNC in the near future. If the Tar Heels are going to buck the current downward trend of this rivalry, they’ll have to do more with less. And tonight at Cameron Indoor wouldn’t be the worst place to start.

Which NBA Player Is Having the Best All-Star Vacation?