Every season, there seems to be at least one team in the NFL that gets off to a slow start and eventually creeps back into the playoffs. We looked at the cases for and against each of the teams that have started 2-3 to figure out which might eventually sneak into the postseason.

The Case For: The Saints are still moving the ball, even if they’re doing it a little differently than they have in the past. The passing game hasn’t quite been what we’ve come to expect — it took Drew Brees 57 throws to get his 371 yards Sunday, and the explosive plays just haven’t been there — but the Saints are running the ball about as well as they have in the Sean Payton era. New Orleans is second in rushing DVOA, and only the Seahawks are averaging more yards per carry. Mark Ingram — Mark Ingram! — looked excellent before going down, and Khiry Robinson is among the better fill-ins around.

The Saints’ bye this week comes at the perfect time. Ingram should be back next week, and although the Tom Crabtree signing could mean bad Jimmy Graham news is coming soon, at least Payton will have a week to figure out what the offense will look like without him.

The Case Against: I touched on most of New Orleans’ problems last week, but let’s rehash a few: The best hope for a turnaround from the Saints defense was safeties Jairus Byrd and Kenny Vaccaro playing like they did a year ago. Well, that’s not happening. Byrd was placed on IR yesterday. Even if he wasn’t playing well, losing him changes what this defense could be if things were going well. To be clear, they are not. The Saints remain last in defensive DVOA, with little to reason to think it’ll get any better. 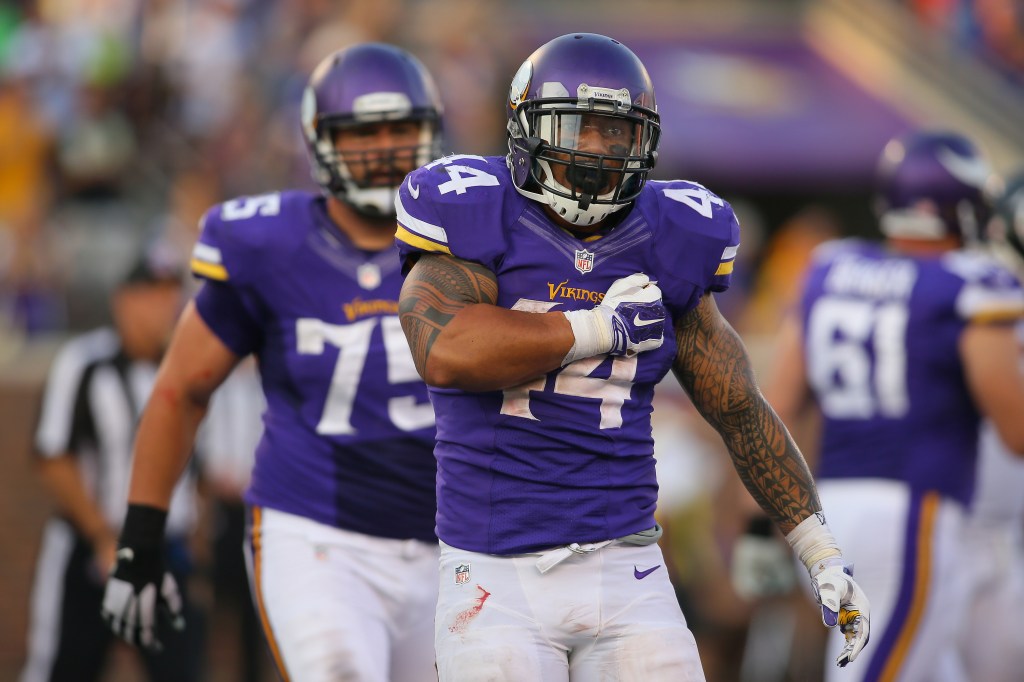 The Case For: It starts with Teddy. Minnesota’s win over the Falcons, the only time the team has gone into a game with Bridgewater prepped as the starter, was the best version of what the Vikings can be. They ran the ball well, used play-action off those runs, and got plays from seemingly every key member of their defense. It helped that Bridgewater also gave them another element with his legs; designed runs for him probably won’t figure in the Vikings’ plans, but having a mobile quarterback behind what has been a shaky offensive line was a real factor.

Defensively, the Vikings are a much better team than what they showed against Green Bay. Save for a few plays, Minnesota actually did a reasonable job against Aaron Rodgers and the Packers passing game. The Vikings forced five three-and-outs in the first half, and with even a little help from their offense, the game would have looked a lot different. Bridgewater should provide that help when he comes back this week.

The Case Against: The Vikings offensive line is kind of a mess. They ran the ball well against the Falcons (and reasonably well against Green Bay, despite the Packers daring Christian Ponder to beat them), but that’s been a theme for most teams this year. For as good as Bridgewater might be eventually, it’s clear the Vikings want to protect him by running the ball. If they can’t do it well, the rest of the offense starts to fall apart. From the line, to the receivers, to the quarterback, this isn’t an offense ready to drop back and throw the ball 40 times a game.

The problem on defense is that even though the Vikings have a few players who might flash once or twice a game, they don’t have much else. What Eddie Lacy did to them last week isn’t a fluke. Their run defense just hasn’t been very good. Combined, Linval Joseph and Everson Griffen got a small fortune this offseason, and both have started slow. Anthony Barr has a chance to be very good, but there’s only so much the Vikings can ask of him. Outside of Harrison Smith (and occasionally Xavier Rhodes), this is a defense that lacks stars right now. 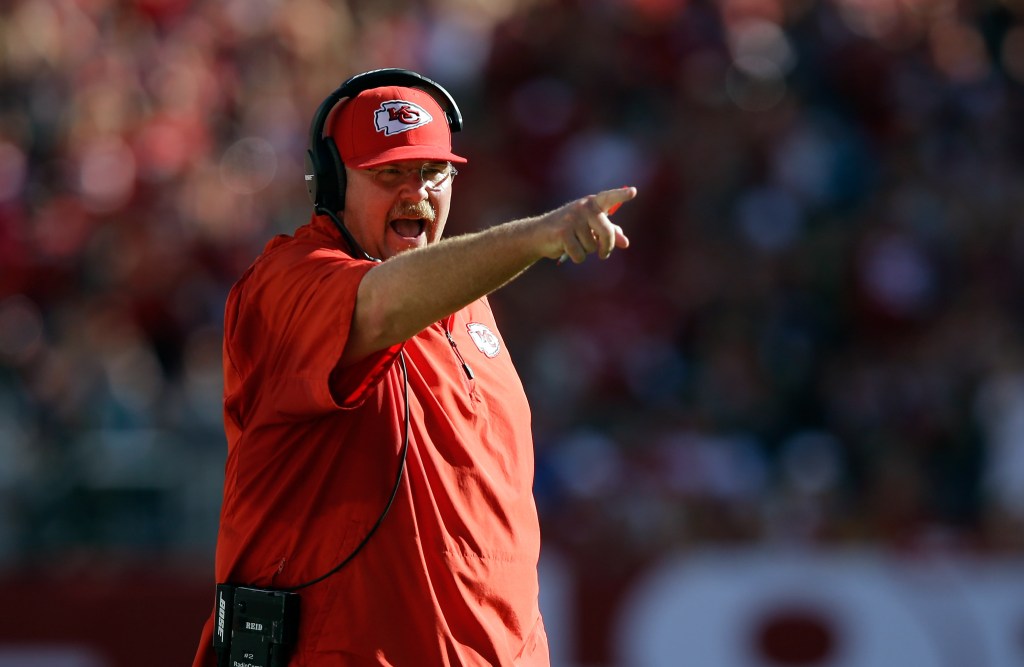 The Case For: The Chiefs deserve some credit for putting together a roster of weapons that Alex Smith can actually use. Jamaal Charles, Travis Kelce, Knile Davis, and now De’Anthony Thomas are all real threats who don’t need a quarterback who can hurl the ball 50 yards downfield. They might not have a vertical option, but the Chiefs do have a stable of players who can do damage after the catch.

There are also glimpses of the defense Kansas City flashed in the first half of last season. Justin Houston and Tamba Hali both look healthy, and the Chiefs pass rush is back to full strength. They’ve gotten sacks on opposing quarterbacks on 8.2 percent of their dropbacks — the second-best figure in the league. The edge rushers are doing most of the damage there, but Dontari Poe and Tyson Jackson replacement Allen Bailey have done their part, too. A pass rush solves a lot of woes for any defense, and the Chiefs have one of the best in the league.

The Case Against: Sadly, it doesn’t solve every woe. Outside of Sean Smith, Kansas City’s secondary has been horrifying. I can’t imagine it’s been fun for John Dorsey to watch Brandon Flowers have a career year in San Diego while Marcus Cooper gets eaten alive by Stevie Johnson. Hopefully getting Eric Berry back will help at least a little.

Similar to the Vikings, there are major concerns about this offensive line. Charles has looked great each of the past two weeks, but after five games, it seems like the concerns people had about the line weren’t unfounded. Overall, this offense has a fixed ceiling. Just because the Chiefs have players who don’t need deep shots to be effective doesn’t mean their offense doesn’t suffer. Andy Reid coaching the likes of Kelce, Charles, and Thomas should mean enough creativity to manufacture points, but at the end of the day, that only goes so far. 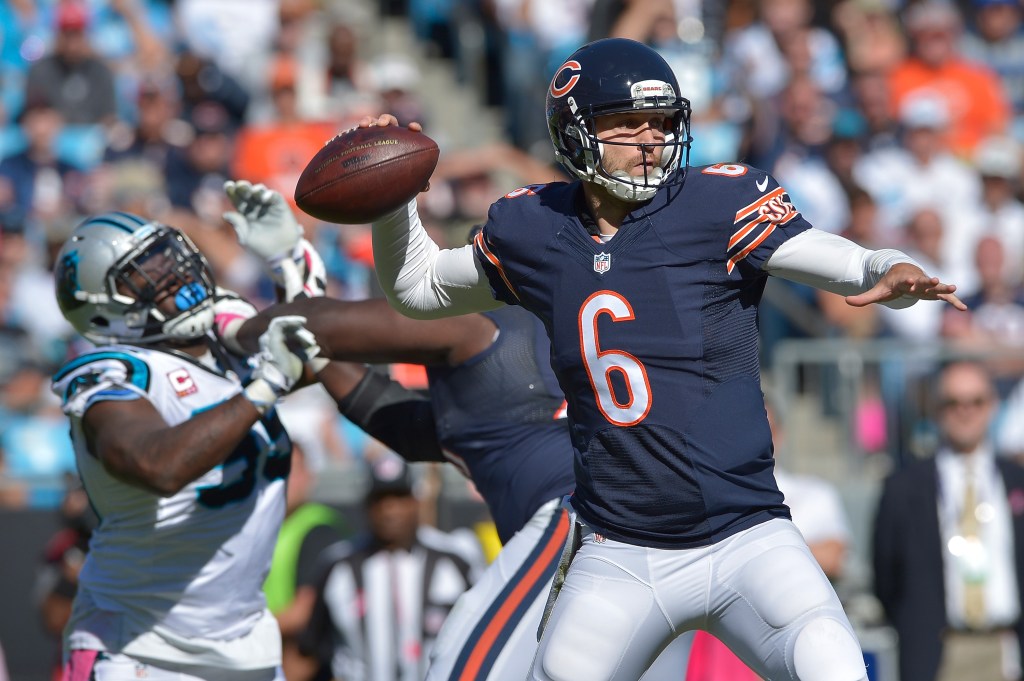 The Case For: There are moments when the Bears offense looks truly dominant. Matt Forte and Martellus Bennett have been great in the passing game, and Alshon Jeffery and Brandon Marshall finally seem to be healthy. If the Bears can get left tackle Jermon Bushrod back this week, they’ll finally have something close to the 11 starters they planned on in the preseason for the first time since their second drive against the Bills on opening day. Chicago is a middle-of-the-road offense by DVOA, but it’s reasonable to believe that with everyone healthy, the Bears’ bouts of explosiveness can get a little more consistent.

The Case Against: Injuries haven’t helped, but the Bears’ primary problem on offense hasn’t been health. It’s that every time they seem to get something going, a backbreaking mistake kills a drive. The loss against Green Bay two weeks ago is a perfect example. The Bears seemed to move the ball at will, but a couple of second-half interceptions were all that was needed for the game to get out of reach. With a defense like the one Chicago has, the inevitable Jay Cutler face-palm moments are enough to lose games.

Teams aren’t running over the Bears like they did last season, but it was no surprise to see Greg Olsen absolutely shred Chicago on Sunday. Defending the middle of the field is a problem for this team. All of the Bears’ linebackers struggle in coverage, and the safeties aren’t any better. It doesn’t help that with Charles Tillman out for the season, the Bears are grasping at straws to find a nickelback now that Tim Jennings is committed to playing outside. Isaiah Frey, who had been the third cornerback the past two games, was cut yesterday. There’s little reason to think it’s going to get any better on that side of the ball. For the Bears to compete, they need their offense to be one of the best in the league, and so far, it hasn’t been. 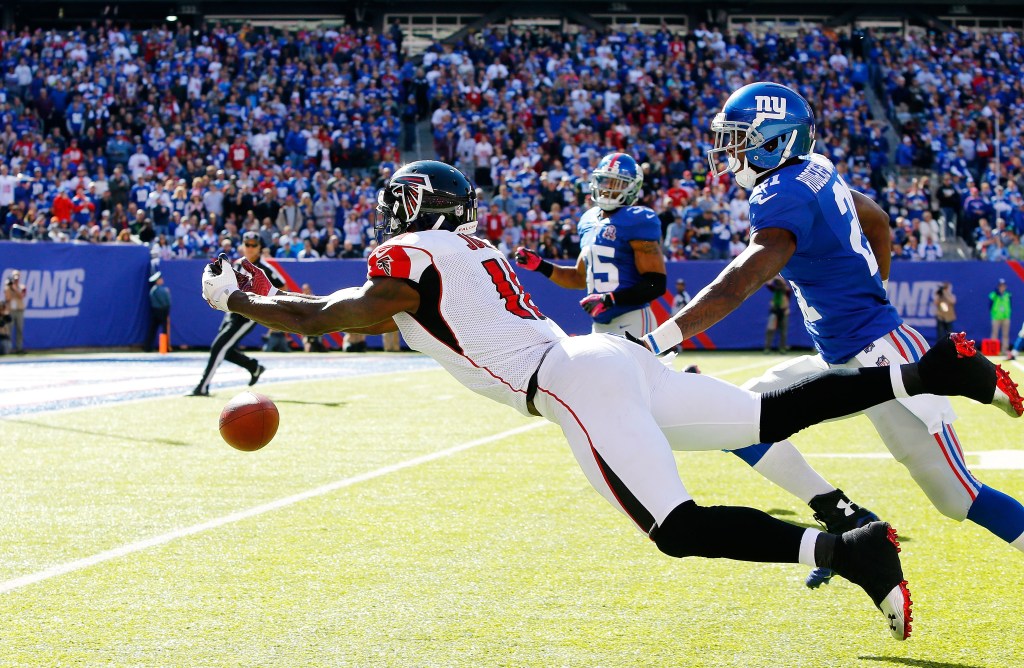 The Case Against: Man, is this defense rough. Atlanta did a better job against the run versus the Giants last week, but that isn’t saying much. This front seven struggles in pretty much every area. The Falcons are 29th in rush defense DVOA, but their pass rush might be even worse. Name a stat, and Atlanta probably ranks near the bottom of the league. The Falcons have pressured quarterbacks on only 16.9 percent of dropbacks, tied for worst in football. They’ve gotten a sack on only 2.3 percent of dropbacks. Only the Rams have been worse. Both of Atlanta’s second-year corners have been solid, but with William Moore on IR with designation to return and the problems in the front seven, this defense has issues.

The Case For: Of every team on this list, the Falcons have the quarterback playing the best. That might seem simple, but more often than not, it’s the most important factor. Atlanta is third in both offensive and passing DVOA, even with that nightmare of a game in Cincinnati a few weeks ago. The Bengals are excellent against teams that rely on their wide receivers in the passing game, but for most teams, Roddy White and Julio Jones have been too much to handle. That’s likely to continue. It’s a tight race among him, Jordy Nelson, and Antonio Brown, but I’d say Jones has been the best receiver in football through five weeks. He’s playing better than ever, and after catches like the one-handed grab against the Giants, it’s hard not to think he’s worth everything the Falcons gave up to get him.

Atlanta has also been able to run the ball well, considering all the injuries along its offensive line. The Falcons are down to their second center and their third right tackle. That’s something to keep an eye on when it comes to pass protection and how well they can protect Matt Ryan going forward. But so far, they’ve been able to cobble together a relatively effective group, in spite of everything.

It helps that to go along with White and Jones, they’ve found complementary pieces in unlikely places. Devin Hester is an actual part of this offense, and he’s provided a handful of big plays already. And it seems like every time Antone Smith touches the ball, he’s taking it 50 yards for a touchdown. The Falcons are the only team in this group that can reasonably claim to be the best team in their division, and they have the best chance to reach the postseason.