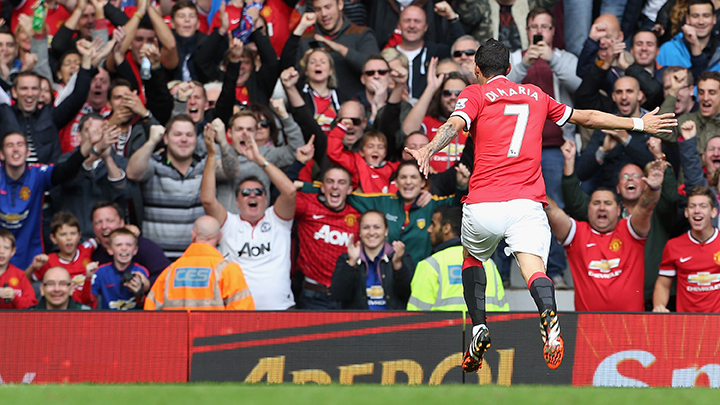 Ah, the summer transfer window. That hazy time, roughly six weeks ago, when the world was awash in possibilities, and every team was convinced it was one player away from drastically improving its fortune. It’s still a little early to assess how individual players are doing — it can sometimes take more than a year for players to start producing in their new homes (I see you, Erik Lamela and Stevan Jovetic). But it’s not too early to get a sense of how various teams’ transfer approaches are panning out. Here are some early returns.

We’ve Got the Hookup

Last year’s squad reached the semifinals of the Champions League and finished third in the Premier League despite not having a world-class striker or playmaker. So, they added Diego Costa and Cesc Fàbregas and now they are destroyers of worlds. Costa has scored nine of Chelsea’s 21 goals, and Fàbregas has seven of the team’s 16 assists, including four to Costa (all stats courtesy of ESPN Stats & Info). Chelsea were missing two puzzle pieces. Then they found them, Just ask Arsenal.

Um, did you notice that Manchester United are in fourth place? United’s two big signings this summer — Ángel Di María and Radamel Falcao — have hit the ground running. Di María literally does everything you could ask a player to do on a soccer field. He’s shooting it 2.94 times and creating 3.36 chances for others per 90 minutes. He has added boundless amounts of energy to United’s midfield and is consistently the only person taking players on with the ball at his feet. He’s tried to dribble past 31 players, twice as often as any of his teammates despite only playing five games for United. Wayne Rooney is second with 15.

What’s been impressive about Falcao is his versatility. In four Premier League games, he’s got one goal and two assists. In the 20 Ligue 1 games he played for Monaco, he didn’t record a single assist. In 68 games for Atlético Madrid in La Liga, he had a grand total of four. Defensively, United remain kind of a mess, but the new additions seem to have done the job of revitalizing United’s attack.

Remember when Southampton were supposed to die a slow and painful death, thanks to losing like half their starting lineup? They’re sitting in third place. That is, in large part, thanks to new Dutch manager Ronald Koeman and two players he brought from the Netherlands. Up top, it’s Graziano Pellè, who joined from Koeman’s former team, Feyenoord. On the wing, it’s Dusan Tadic, who was perhaps the best winger in the Eredivisie the last two seasons while playing for FC Twente. Pellè has four goals already and has slotted seamlessly into the top of Southampton’s revamped squad. Plus he did this.

Tadic has been an absolute beast. He hasn’t scored yet, but it’s just a matter of time — he’s getting 1.15 shots on target per 90 minutes. That’s an incredibly impressive number for a player who isn’t a striker, and it puts him 10th in the league among players with more than 300 minutes played (Pellè is eighth). Tadic also has three assists. Pellè may be getting the goal-scoring attention, but it’s Tadic who is making it happen.

Liverpool have conceded 10 goals, about the league average, while giving up only 65 shots — the third-fewest in the league. It’s not surprising then, that they concede the second-highest percentage of shots on target (43.1 percent), or that they’ve blocked only 15.4 percent of the shots they’ve faced — last in the league.

Liverpool’s defenders have a lot to answer for. Three of the four first-choice starters — Dejan Lovren, Alberto Moreno, and Javi Manquillo — are new acquisitions. So, here’s the question: Are these three players simply horrible defenders who managed to fool Liverpool? Or are they being used in a system in which they end up having no choice but to look bad?

Liverpool are having huge problems creating good scoring chances, despite throwing players forward, including new full-backs Manquillo and Moreno. A rapidly aging Steven Gerrard is sitting in front of the defense (when he remembers he’s supposed to do this), and Liverpool are consistently getting caught with too many players upfield.

In this environment, Lovren is always going to be under pressure, and there’s not much he can do to stop it. Moreno and Manquillo like to get forward, and they struggle tracking back. And remember that these three new defenders were brought in specifically because last year’s crop was deemed not good enough after a slew of errors. So, what’s more likely? That three promising players all of a sudden became awful, or that Brendan Rodgers’s defensive system is out of whack? I’d go with the latter. 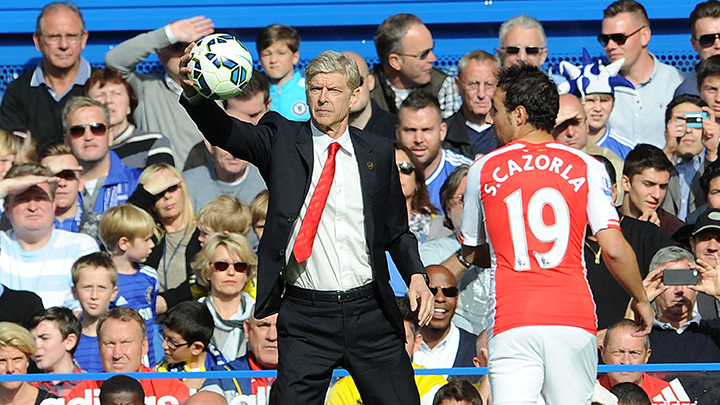 For the second year in a row, Arsene Wenger went shopping at the top end of the transfer market. It’s hard to criticize Alexis Sánchez’s immediate impact on the club. This is a team that had steadily declining shot numbers over the last three seasons, and all of a sudden it’s jumped from ninth last season to fourth this season. Sánchez and fellow newcomer Danny Welbeck are only behind Aaron Ramsey in shots for Arsenal, with 11 and 13, respectively. That’s the good news. Now, for the bad news.

Wenger, in his infinite wisdom, went into the season with only six defenders, counting on 19-year-old Calum Chambers as the only backup, both in central defense and behind new right back Mathieu Debuchy. Now Debuchy is out three months following ankle surgery, and — shock of shocks — Chambers is overmatched, has already picked up five yellow cards, and will serve a one-game suspension. Meanwhile, the defensive midfield role is still being manned by the chronically injured and chronically immobile Mikel Arteta, along with Mathieu Flamini, who remains not very good. That (and a Ramsey injury) is how you end up with Jack Wilshere and Santi Cazorla in support of Flamini in a game against Chelsea.

It’s been a weird few years for Wenger. First there was the talent drain, as star players like Fàbregas, Samir Nasri, and Robin van Persie exited and were replaced by young players, good-but-not-great additions like Arteta and Cazorla. It resulted in a team with a lot of solid contributors and not enough stars. Now that Wenger seems to have money to play with, he’s spending on players like Sánchez and Mesut Özil while neglecting depth. Arsenal fans are reading this, nodding, rolling their eyes, and asking what else is new.