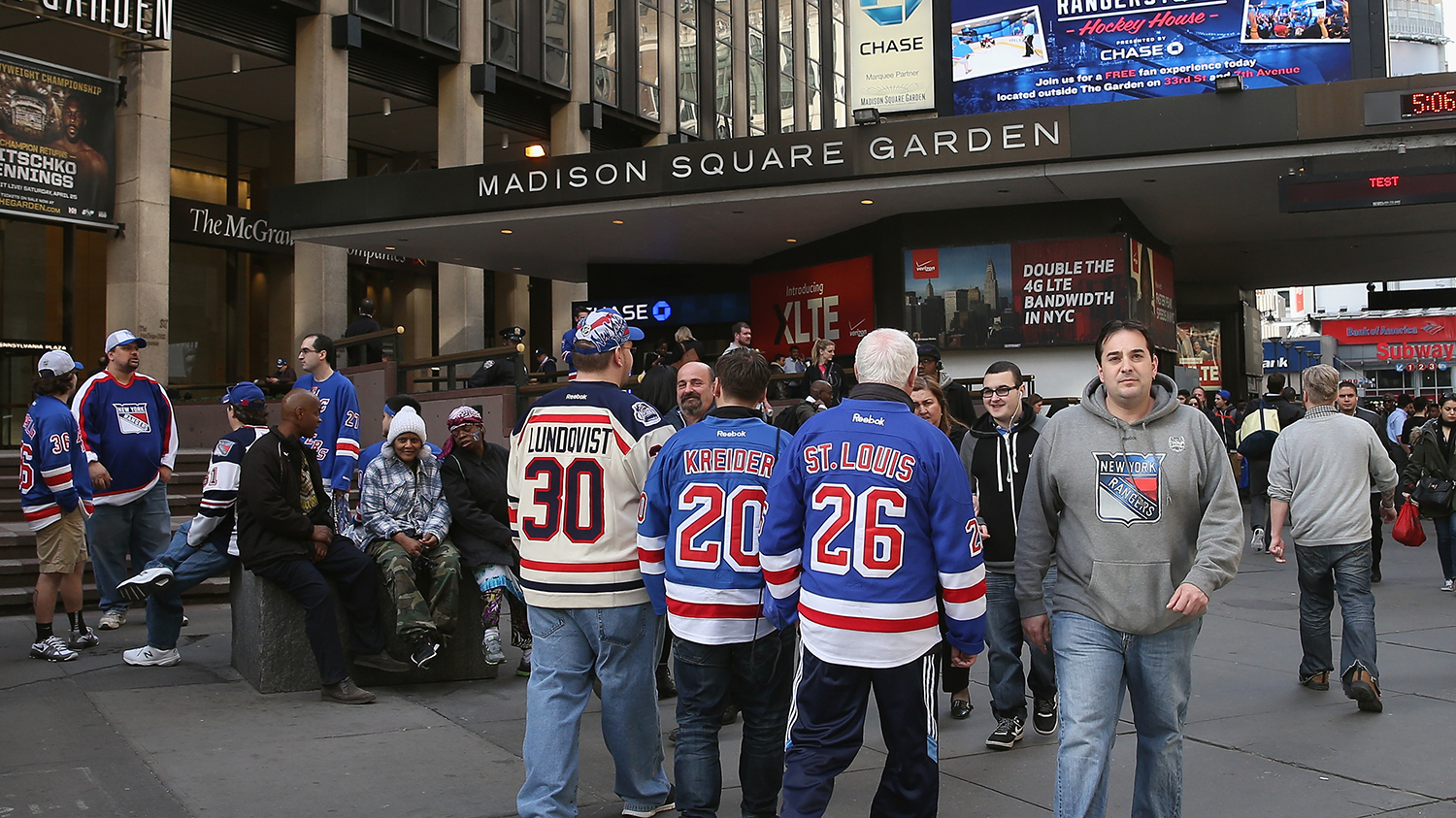 When Carl Hagelin — also apparently known as “Carlos” — stepped out from the goal line, curled around, and fired a short-side overtime wrist shot past Marc-Andre Fleury on Friday night, he helped the Rangers achieve something rare: He closed out a playoff series in five games. Not since the spring of 2008 had New York been on the winning end of a series so quickly. Over the past several years, five out of the six playoff series wins for the Rangers have gone seven games.

The Blueshirts’ victory over the Penguins in the series, 4-1, was, in some ways, not unlike their defeat in five games to the Kings in the Stanley Cup final last year. The lopsided differential didn’t tell the complete story. Posts were hit, primo chances were whiffed, and huge saves were made on both ends. A few small cosmic tweaks here and there, particularly in overtime, and we could have been looking at a very different series.

Instead, the Rangers were, for once, able to “finish him!,” sending the Penguins organization into a chaotic offseason and earning what could turn out to be nearly a week of rest. The time off affords some extra days of convalescence for injured players like defenseman Kevin Klein and forward Mats Zuccarello. (It also, God willing, allows the team to work on its largely anemic power play.) But mostly, the win over the Penguins has given Rangers fans plenty of time to focus on another Eastern Conference series that has gone the distance: the back-and-forth, scrappy, antagonistic matchup between the New York Islanders and Washington Capitals.

On Saturday afternoon, in what may wind up being the final NHL game played in the dearly decrepit Nassau Coliseum, the Islanders avoided elimination with a 3-1 win over Washington to force a seventh game at the Verizon Center in D.C. (An Islanders overtime loss on the final day of the regular season handed home ice advantage to the Capitals.) As many other first-round series have been closed out in five or six games, Isles-Caps has had all the hallmarks of a hockey classic: seesawing fortunes, star power, violence on and off the ice, and now a winner-takes-all Game 7. To the victor go the Rangers.

So, other than the proverbial meteor, who will Rangers fans be rooting for (or who will they be rooting most fervently against) in tonight’s game? It’s not all that straightforward of a question, and it depends on one’s preferred personal cocktail of bravado, memory, and Chicken Little preemptive despair.

The most optimistic and swaggering of souls are hoping to skate, guns blazing, into the Long Island sunset. What better way to cap off the once-transcendent, if long-dormant, Islanders-Rangers rivalry than to be the team that shuts down the whole glorious/gangrenous era of Nassau Coliseum? (Before Game 6 of Caps-Isles, Alex Ovechkin had hoped to be that guy: “It’s our job, you know?” he said. “I’m going to probably take a chair.”)

When I asked Rangers Twitter what everyone would prefer, the ones who chose the Islanders were the ones who saw the cinematic potential of such an outcome. “Give me the heart attacks,” wrote one user. “Give me the drama.” Said another: “I want the last game ever at @the Mausoleum to be a shaming by #NYR. Also, Ulf Nilsson comes back and beats Potvin senseless.”

An Isles-Rangers showdown is, truth be told, pretty irresistible. It would own the tabloid back pages and showcase hockey in New York. It would feature John Tavares against Henrik Lundqvist; the Hempstead Turnpike against Times Square; Jack Capuano’s hair against Alain Vigneault’s smirk. It would tear Boomer Esiason apart. It would be the best of hockey and the worst of everything else: “The off chance that the Isles beat us,” one Rangers fan warned, “would have lasting unbearable bragging rights.”

It’s certainly far more than an off chance, though. The Islanders are a team that can neutralize the Rangers’ quickness and launch counterstrikes of their own. Long Island boasts a deep forward corps with true chemistry and a fourth line that can be incredibly frustrating to play. Sure, the Islanders’ blue line is currently hamstrung by injuries, with both Travis Hamonic and Lubomir Visnovsky sidelined, but the Penguins iced a group that was even more depleted and the Rangers never did quite exploit that advantage.

Still, it would avoid the dreary monotony of another Rangers series against Washington — between 2009 and 2013, the two teams met in the postseason four times. “Isles mostly because I’m bored with playing the Caps” was a familiar refrain. It’s not all boredom, though; after so many costly collisions with Washington over the years, there’s a small bit of fear. “NYR made the finals in the one year they didn’t have to play WAS,” someone pointed out.

For those fans pulling for D.C. in Game 7, the main rationale is that, all else equal, the Rangers might have the better chance this season in a series against Washington. The Capitals’ game plan against the Rangers would probably be similar to the one they has deployed against the Islanders: wear down and slow down the opponent with sustained physicality, with nonstop provocation. (Alex Ovechkin has been playing like a heat-seeking missile for the past couple of weeks; one Rangers fan on Twitter fretted that he “will break klein’s arm again.”) It hasn’t always worked as planned, though.

If the Rangers could avoid taking the bait, they might be able to ultimately overpower the Capitals with their precision and speed. Ovechkin and Nick Backstrom are terrifying players to face, and goaltender Braden Holtby has game-changing skill. But the Rangers did just shut down, for the most part, Sidney Crosby and Evgeni Malkin, and win a series in which Fleury was Pittsburgh’s best player. But for Washington to get to the next round, they’ll have to overcome one of their long-time hurdles: a Game 7. In 12 all-time decisive games, the Caps are just 3-9. Since 2008, they’re 1-4 when hosting a Game 7.

Regardless of who Rangers fans are secretly or loudly pulling for, just about everyone is united in one aspect: They all know the night is dark and full of terrors, and they all want the Capitals and Islanders to play deeeeeep into it. (The famous four-overtime Easter epic between the two franchises makes for a great blueprint here.) The way the series has been going thus far, even a regulation-length game is likely to leave both teams pretty roughed up, and Rangers fans will be there in spirit: cheering every booming hit, banging on the glass (read: the walls of their homes) during each almost-fight.

Either way, the next round is sure to be a challenge, and all of this might just be a frivolous exercise. “My feeling is to get to the cup you’re gonna have to beat good teams,” one astute fan pointed out, “so worrying about match ups is silly.” He’s still siding with Washington tonight, though.

Who Needs Goals? Chelsea and Arsenal Turn a Scoreless Draw Into a Referendum on Head Injuries, Refereeing, and Philosophy

Living on the Edge: Breaking Down the Top Four Pass-Rushers in the 2015 Draft Class