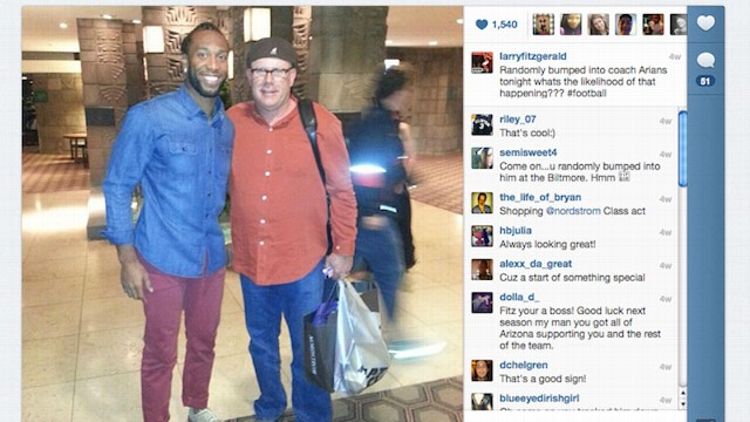 Most of the news from the first day of this year’s NFL combine has been standard podium fare. The Bears haven’t started contract talks with Jay Cutler. Greg Schiano is channeling Lovie Smith. Jeff Ireland still sees a role for Reggie Bush in Miami.

But amid all the news was an inspirational story that might have been lost in an age before 800 reporters flocked to Indianapolis to watch men run around in their underwear. It’s a story of a man dedicated to a bygone age and his relentless effort to preserve a vital piece of our nation’s history.

This is Cardinals head coach Bruce Arians speaking with Ian Rapoport of the NFL Network early this morning. You’ll note that Arians is sporting a Kangol hat in a color resembling the red of his new franchise. Because he believes actions are more important than words, Arians didn’t mention this during his time at the podium, but with a little reporting we’ve discovered that Arians has teamed with LL Cool J in an effort to buoy the struggling Kangol industry.

Just a little insider’s info.. From being w/ Bruce Arians for 1 season.. He owns every single color of that Kangol hat you see him in #G

Their mission, much like Dave Grohl was trying to do with his documentary Sound City, is to shine light on a forgotten way of life. By turning to flit-brim caps and visors, we’ve lost the human element in our hat-wear, and Arians has taken on the task of bringing just a little bit of it back. Thanks, Bruce, for making all us ask what exactly we’ve done today.