What Happened to Phil Jackson, the Zen Master? 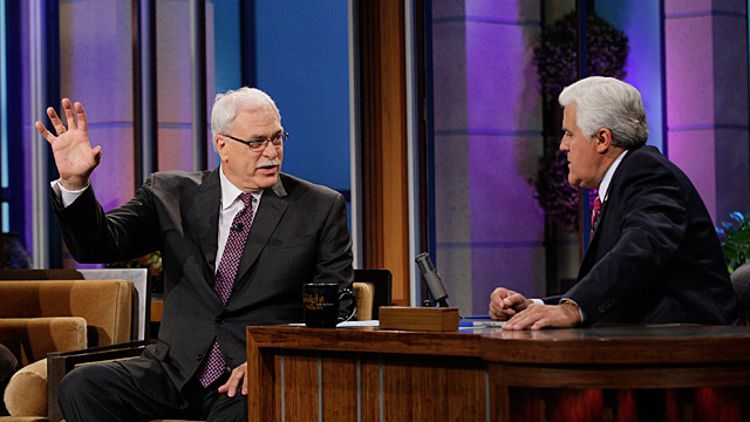 How do you want to remember Phil Jackson? Let me answer that question for you. You want to think of him as the lord of the rings, the coach who mentored and mind-gamed some of the best basketball players in the history of the game, the brains behind some of the NBA’s most dominant teams, the architect of the Triangle offense. You want to think of him as the Zen Master, the guy who preferred to motivate with great works of literature rather than tired clichés.

There used to be something mysterious about Jackson. He was that guy with an outsize, collapsible frame, sitting on the bench between Tex Winter (the actual architect of the Triangle offense, along with Johnny Bach) and Jimmy Cleamons, staring knowingly at the action on the court, refusing to call a timeout and making his players correct themselves on the fly. He was able to get through to Michael Jordan after Doug Collins had failed. He was able to bridge the gap between Shaq and Kobe. He was a font of wisdom, an all-knowing, fly-fishing, koan-spitting genius. After all, he is the guy who said, “If you meet the Buddha in the lane, feed him the ball.”

Which makes it all the more depressing that he now sounds like any other asshole ex-coach on talk radio.

Phil Jackson has been making the sports-talk rounds over the last few days. The ostensible reason for these appearances is to promote his new autobiography, self-effacingly titled 11 Rings: The Soul of Success. The real reason he seems to be on these shows is to recount private conversations he’s had with various NBA owners, owners-in-waiting, and front-office executives. During recent appearances on The Dan Patrick Show and ESPN’s Mike & Mike in the Morning, Jackson has been spilling on the jobs he has done, the jobs he has passed on, and the jobs he has been passed over for. There’s an old Buddhist saying: Real Gs move in silence. Jackson has apparently never come across that nugget; over the last few days, he’s dropped hot gossip such as …

• On the Detroit Pistons: “I’m doing pro bono work for the Detroit owner and the Pistons organization, which is almost a conflict of interest when you think of the Bulls and Pistons in the ’90s and the rivalry that we had. But they have a young owner that wants to do something different.”

• On coaching the Los Angeles Clippers: “Thanks but no thanks.”

• On the Brooklyn Nets: “Well, the Brooklyn situation, I think, is a good situation … They wanted to know if I was interested [in coaching].”

• On the job offer put on the table by prospective Sonics owner Chris Hansen: “I thought he had the right vision for a team and he made basically the offer of take what you want to take as a job … I mean, it didn’t matter to him.”

• On his reaction when Lakers GM Mitch Kupchak told him Mike D’Antoni would be the next head coach of the team, instead of him: “I laughed … It was humorous to me when Mitch said that we think that Mike is a better coach for this group of guys … When Mitch gave me the call close to midnight on Sunday night right before I was going to give them an answer Monday morning and said, ‘We’ve made a choice. We’re going to hire Mike D’Antoni. We think he’s the best coach for this group of guys,’ My answer was, ‘For Steve Nash, yes, I agree, but for Dwight Howard, I’m not so sure.'”

• Finally, on Dwight Howard, and whether he should re-sign with Los Angeles: “Would you, if you felt like your game wasn’t going to be featured?”

There’s nothing morally (LOL) wrong about what Phil has done here. He’s talking about a bunch of open jobs, or jobs created specifically for him. The rumor is that Dumars didn’t get to pick Lawrence Frank to be the Pistons’ last head coach, so he’s probably not shocked he isn’t picking Frank’s replacement. The Clippers head-coaching job is vacant, as is the Nets gig; everybody else makes fun of Mike D’Antoni, so I don’t see why Phil can’t; the Seattle franchise doesn’t exist; and Dwight Howard is a free agent. Jackson is totally allowed to spitball and chitchat about all of this.

But it’s unbecoming for him to do so. Jackson was very careful to build up his mystique during his championship-winning years in Chicago and Los Angeles. This was probably out of necessity; when you are coaching some of the greatest basketball players of all time, you need to build up a persona that matches their on-court achievements. Hence the Zen Master — an identity as recognizable (if not as popular) as Air Jordan, Black Mamba, or Shaq.

In recent months, though, this persona has faded a bit. Twitter came before the fall, as it always does these days. Jackson made a splash on the 140-character platform, mashing out this not-so-humble brag …

Except it was part of a viral campaign for his book. Which … come on.

Since then he has live-tweeted some games, with Kurt Rambis at his side, and offered his services to the highest bidder with the most patience and the greatest tolerance for having dirty laundry aired in public. Unsurprisingly, he’s yet to find a taker.

Perhaps this is all a stunt to sell a book, or a reaction to losing out on the Lakers gig (possibly a blessing in disguise in hindsight, no?). Or maybe this is just an older guy gingerly making his way through a world where every thought you have can be shared, and shared, and shared. Either way, Phil Jackson just doesn’t seem like he was made for these times.