We Went There: The USMNT’s Eastern Promises 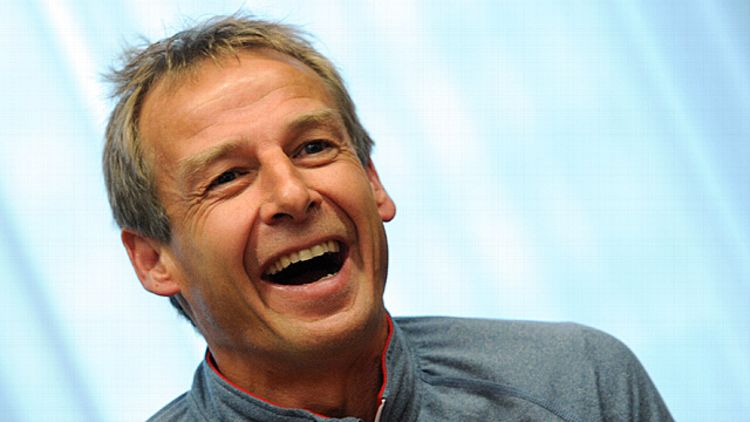 Krasnodar, Russia, is a gray city. It was founded as a Cossack fortress and now boasts roughly 700,000 citizens, lying about 830 miles due south of Moscow down Highway M4, which skirts the Eastern border of Ukraine. It is 90 miles from the Black Sea port city of Novorossiysk, five hours by dirty Mercedes from Sochi, and 10 from Georgia. Yalta is about 240 miles as the crow flies, but, in classic “ya can’t get there from here” fashion, a 600-mile drive around the Sea of Azov. Which is to say, Krasnodar is very much a place you only end up if you go intentionally.

On Wednesday evening, the United States national team plays the Russians in the city’s Kuban Stadium, normally home to FC Kuban Krasnodar and FC Krasnodar, as a peace offering. Russia will host the 2018 World Cup (thanks, petrodollars!), but the southern city will not hold any of the matches, a decision that caused 500 protesters to claim FIFA and the Russian Federation were “spitting on the souls of fans.”

Good-bye, World Cup; hello, Stars and Stripes. (The cynic in me wonders which is the lesser of two evils.)

The U.S. arrived here around midday on Tuesday after convening in Frankfurt. The plan is to jet in for the game, then bounce just as quickly. As plans go, it’s probably a good one. According to a few people I asked, things to do in Krasnodar include checking out the thriving garagiste (garage wine) winemaking scene and going to a nightclub called Mr. Drunke Bar, where the American expats inevitably end up. The locals, apparently, prefer the malls.

The soccer should be superior to the tourism. Russia presents a stiff test for the American squad. The team picked by eccentric, brilliant Italian head coach Fabio Capello for the match in Krasnodar is young, fast, and fun. They sit on top of Group F in UEFA World Cup qualifying with a perfect four wins, zero losses, zero ties, and zero goals conceded. The Russians, ranked ninth in the world, could trot out 21-year-old Real Madrid winger Denis Cheryshev for his debut, and other new faces like Lokomotiv Moscow midfielders Maxim Grigoryev and Magomed Ozdoev. For those three and other non-regulars on the Russian team, this is a show-me-what-you-got game.

Now for the other red, white, and blue squad that will take the Kuban Stadium field. The Americans can accomplish a few different objectives on the trip, both team-oriented and specific to certain players. A win would leave the U.S. 10-2-2 in 2012, the best single-year record ever. A 12-month period that includes victories over Russia in Russia, Mexico in Mexico, and Italy in Italy is remarkable, regardless of slip-ups in World Cup qualifying. The Americans won’t play in December, so a strong performance on Wednesday will send them into a vitally important 2013 with some momentum.

But friendlies, especially one-off friendlies missed by key players including Landon Donovan, Clint Dempsey, and Steve Cherundolo, are mostly about individual guys. No one will recall whether the Americans finish 10-2-2 or 9-3-2 in 2012; they will remember if Krasnodar is the match where Jozy Altidore works his way out of Jurgen Klinsmann’s doghouse. The 23-year-old forward continues to tear up the Dutch league — scoring his ninth league goal for AZ Alkmaar over the weekend after netting 22 last season — but was snubbed by the Stars and Stripes coach for recent World Cup qualifiers. Klinsmann, a brilliant forward during his playing days, wanted to send a message to his young charge about work rate, effort, and production. Or something like that; it never was entirely clear, at least to those of us observing l’affaire du Alditore from the outside. To be fair to both sides, the New Jersey–born forward has not scored for the United States since November 2011, but the subtler parts of his game are much improved under the watch of AZ manager Gertjan Verbeek. At any rate, the strange, quiet battle between the two is over, or at least paused, as Klinsmann brought Altidore to Russia. A strong showing would end plenty of speculation about one of the country’s most promising younger players. Of course, Jozy has to get on the field first.

The tale of Timmy Chandler offers a different narrative, as it is Klinsmann who pines for the talented winger’s presence. The 22-year-old hasn’t played for the U.S. since the game against Slovenia, the same one in which Altidore last scored. Chandler said yes before citing club commitments and pulling out of the Italian friendly, then declined a spot during the June World Cup qualifiers. Klinsmann didn’t bother phoning Nuremberg to ask if Chandler wanted to play in later qualifiers. But the American coach said the door remained open, and the right back of the future is back and “in 1,000 percent.” We shall see.

Elsewhere, many of the stalwarts — Tim Howard, Fabian Johnson, Carlos Bocanegra, Geoff Cameron, Michael Bradley, Danny Williams, Herculez Gomez, etc. — are on the roster and will start, but this match in the middle of nowhere is about the younger players. Promising speedster Josh Gatt finally avoids injury long enough to join a national team camp, while ridiculously athletic Joe Gyau will get a chance to show if he’s developed a better sense of the game at St. Pauli. Nineteen-year-old forward Juan Agudelo returns to the fold, as does visionary midfielder Mix Diskerud, who will finish up another fine season in Norway on Saturday.

The youth movement serves dual purposes. For one, it is aspirational. Klinsmann said as much: “They can train alongside guys like Timmy Howard, Jermaine Jones and Carlos Bocanegra and say ‘I want to get to this level.’ It’s also really an opportunity for them to come in, get accepted right away and show what they can do.” And second, even if none of the newcomers break into the first team — though I suspect at least one will — it improves the depth of the player pool. Klinsmann will need almost two full rosters of players in 2013: one for 10 World Cup qualifying matches and another one for the Gold Cup, the two-week CONCACAF regional championship held in July. Getting guys national-team experience in Russia helps, even if they don’t see the field.

The match in Krasnodar is technically the final American fixture of an up-and-down but overall successful 2012. But it’s better to think of it as the beginning of a crucial 2013 — in which the U.S. needs to qualify for Brazil 2014, answer lingering questions everywhere except goalkeeper, and continue developing an American style, whatever that is. There’s nothing wrong with getting a jump-start on the future.