We Went There: Blake Griffin Delivers 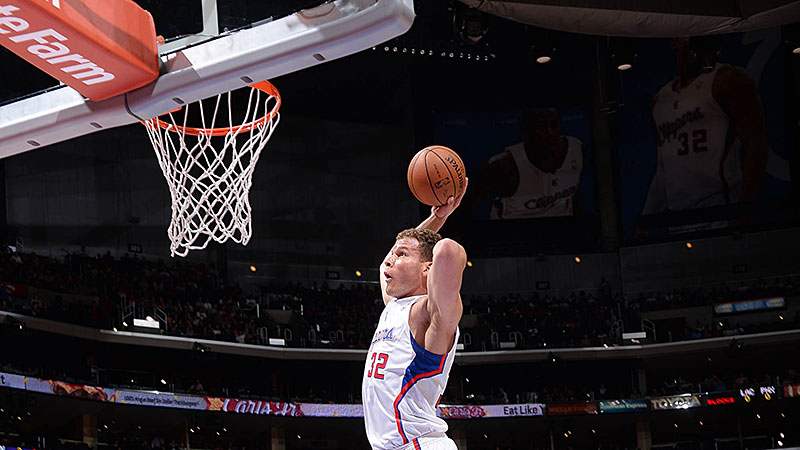 Blake Griffin was more than just himself last night. In fact, the most surprising part of his 37 points against the Phoenix Suns wasn’t that he only missed two of his 16 shots, it was that every single one of them was by the same player. My mind wandered as he made eight of his nine shots in the first quarter. I snapped back into focus when I looked up at the scoreboard and realized that Griffin himself only trailed the Suns by one point after the first quarter.

It was the kind of performance that compels you to reevaluate the limits you might’ve foreseen in his growth. The better Griffin gets — and he is already really, really good — the easier it is to project upon him familiar notions of greatness. There was Tim Duncan in those consecutive bank shots from the left elbow, with a heavy pinch of Jermaine O’Neal’s midair lag. Hell, during two shots he took at the end of the first quarter, I started having visions of Kobe. But if Griffin was going to remind you of anyone during Monday’s game, it was one player in particular — and it doesn’t take a genius to figure out who.

Less than five minutes into the game, Griffin gave a nod to everyone out there who has ever casually dropped a Karl Malone comparison in conversation. Consider it a show of mutual appreciation.

During an ESPN broadcast of the Utah Jazz and Golden State Warriors on January 31, Malone was invited into the booth to talk about his thoughts on the new generation of players. He expressed a fondness for Griffin’s game, solidifying one half of what would be a dream mentorship. The first piece of advice Malone might give?

“Blake, the next time one guy cheap-shots you, just lose your mind. I would pay your fine. Lose your mind, run roughshod … if a coach grabs you, throw him, too, and say, ‘I’m sorry coach.'”

There was a happy Mailman somewhere out there last night. If it weren’t for DeAndre Jordan’s leg in the way,  Griffin’s retaliation after taking a punch from P.J. Tucker on the floor might’ve been so much more severe. At one point, Jordan was in seriously dangerous territory, almost catching an inadvertent low blow, just from Griffin’s incensed flailing as he tried to regain his balance. Fair or not, it was the kind of blind fury fans had hoped to see from Griffin after all the other scuffles he’s been in throughout his career. Maybe this is a turning point for his on-court perception. At this point, the punchability of Griffin’s facial disposition on the floor is secondary to how threatening his talent can be when on full display.

"As soon as he came off the ice, he collapsed," Ruff said. "I instantly stood on the bench ... I was just screaming to let the doctors know we needed somebody ASAP, and they were there ASAP."