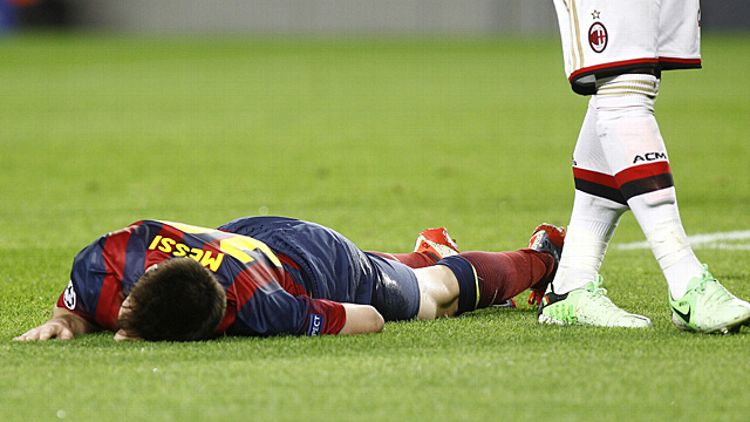 Lionel Messi is going to miss up to two months after the Barcelona forward tore his hamstring in a game against Real Betis over the weekend. Messi has battled hamstring injuries throughout his career. In fact, his career is something of a medical miracle. As a child, he was diagnosed with a growth hormone deficiency. Barcelona signed a young Messi and paid for his medical treatment. Since then? Well, you know …

Point being, Messi and the medical treatment he gets is a huge story line, and has been over the course of his career. ESPN’s Dermot Corrigan wrote an interesting piece chronicling how the changes in the Barcelona medical staff may have impacted Messi, who could miss the next 10 matches for the La Liga leaders. There’s also some good stuff in there about how Messi was largely healthy while playing under Pep Guardiola and has dealt with recurring hamstring injuries since the manager’s departure. But there’s another wrinkle to the story that Corrigan, and others on Twitter, have pointed out.

Lionel Messi gets around:

This is a map, via the Spanish sports paper AS, chronicling Messi’s offseason travels. In red are all the countries he visited on vacation. In blue are all the spots he hit while on Barcelona’s typically globe-trotting preseason tour. Barça are a huge brand and they travel the world to give fans a glimpse of their product. Messi might actually be suffering for it.

Who's Next for the Hockey Hall of Fame?