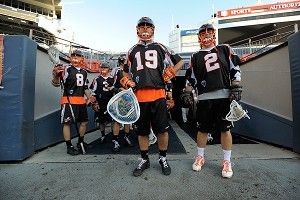 This morning’s Boston Globe featured an article with the very-un-SEO-friendly headline “Scoring Style Points.” Over two paginated sections (complete with premium video content! — who says newspapers are dead!?!?!), Jenifer B. McKim details the phenomenon of the “lax bro.”

As a graduate of a very lax-bro-y high school in North Carolina and Bro-doin College, alma mater to thousands of prep schoolers from the Boston area, I consider myself to be the Alexis de Tocqueville of lax-bro culture. For years, I lived among the bros, not knowing that all my observations and embedded reporting would one day result in the opportunity to write a blog post about this.

To help with the process, I’ve brought in Rembert Browne, another dude from the South who found his way to lax-bro’d-out Dartmouth College, and Katie Baker, who may or may not have posted on the LaxPower.com forums back in high school. Here are the highlights from the article.
— Jay Kang

Older lax bros — short for “lacrosse brothers” — tend to offer similarly vague definitions of the phenomenon, but it is easy to spot them. Lax bros display a certain understated confidence that critics call arrogance. They wear their hair long, a look known as “lettuce.” They dress in colorful board shorts, flat-brim hats, and bright half-calf socks. They carry lacrosse sticks, or “spoons,” on and off the field.

Browne: I should probably get this out the way now and say I love the lax bros I know and irrationally despise the ones I don’t. OK, go Kang.

Kang: I’m going to be honest, when I was in high school and at Bro-doin, I never heard the term “lax bro.” Not once. There certainly were dudes in Red Sox hats with “lettuce” flopping out the back, and a lot of those dudes did walk with an “understated confidence,” but we usually referred to these dudes as “those assholes who keep stealing kegs out of other people’s basements.” The socks must be a new development. The wardrobe of most lax bros in Maine was split evenly between L.L. Bean and the Brooks Brothers outlet in Freeport.

Baker: I’m upset that “lacrosstitute” didn’t get one of these earnest definitions. “They are cheered, whether on the field or at the keg, by girls in sundresses known as ‘lacrosstitutes’ — a portmanteau of ‘lacrosse’ and ‘prostitutes,’ though it’s unclear how they are compensated.”

Kang: As far as I could tell, the compensation for lacrosstitutes was mostly Boone’s Farm.

Browne: I don’t know anything about this “lettuce” and “spoon” lingo, but let me tell you that the socks part is spot-on. Well, the length at least, not the bright color. I know that because after my freshman year in college, I noticed that wearing your socks at that length makes your calf muscles look bigger and gives your legs an overall more athletic look. So yeah, I did that. Doing it right now, if we’re being honest.

Everything good is “chill,” especially chillin’, a favored activity that often includes listening to the music of O.A.R., Dispatch, and Dave Mathews.

Baker: They spelled “Matthews” wrong :( I demand an official correction! [Ed. note: It has one now. Thanks, Globe!] Anyway, it sounds like the research for this section was either conducted in 2001 or was partially based on this video. And here’s the part where I announce that Dispatch totally played on the campus of my high school back when they were still called One Fell Swoop. One of the dudes in the band — Brad Corrigan, or “Braddigan” as he is better known — crushed lax (and, I’m assuming, hearts) at Middlebury and has since founded a nonprofit called Lacrosse the Nations. In the lax bro world, he really is a decorated general with a heart of gold.

Kang: How could she forget “the lax bro from Saugus or Revere who is really into hip-hop, writes his own poetry, and stands in the corner of every party with a 40-ounce of Olde English?” That lax bro cleans up with the pearl-earring girls from Deerfield, who are endlessly “fascinated” with his humble, hardscrabble background. Who, but the lax bro from Saugus or Revere, can teach the other lax bros about Immortal Technique and car amps?

Baker: The jam band lax bro is always a long stick middie and his bedroom is always on the third floor of the lax haus.

Browne: I don’t know a single lax bro that listens to any of that music. Not a one. For me, there’s a lax bro split down the middle that’s either heavy into country or heavy into dubstep. Have I looked at the “25 most played,” on some of my lax bro friend’s iTunes? No, but I just can’t live in a world where O.A.R. occupies any of those top spots. Might have to make some work calls to the various banks in New York City this afternoon.

Others worry the identity exudes a preppie/frat-boy image that glorifies elitism and wealth, and values flash over hard work. Some youth lacrosse leagues discourage any association between players and the lax bro lifestyle.

We are anti-lax bro,” said Dan Chouinard, program director for the Boston club team Laxachusetts. “We push character and academics.

To reinforce that philosophy, Laxachusetts prohibits its elementary school and high school athletes from wearing flat-brim hats and baggy shorts to club functions.

Baker: In a piece otherwise so specific, why says “baggy” when you can say “mesh”? Also, careful, Laxachusetts: If you push these kids too hard on the shorts front, they’re going to have no choice but to turn to Chubbies.

Kang: So many questions. Why prohibit elementary and high school lax bros from wearing flat-brim hats and mesh shorts, but give free reign to middle school kids? How did such a humorless man come up with a great name like “Laxachusetts?” Does he want naming rights to my first kid? More important, has Dan Chouinard ever stepped foot in a prep school or NESCAC school? Has he not seen the hordes of lax bros in Nantucket red pants? I spent four years (OK, five) with these bros and the only time I saw them apply any work ethic was when they had to pour three bottles of Mad Dog 20/20 into a Camelback. This, admittedly, was pretty impressive.

Browne: OK, I’m finally over “Laxachusetts.” Back to me admitting more things I love about the lax bro lifestyle. The wide and short jerseys. (Mesh, of course, thank you for making that clear, Bakes.) These are the greatest things introduced to my life, post-2008. I, for one, think I look my best in a full suit or a lax penny. While I’ve never convinced anyone that I played lax, I do feel quite cute when my midriff is showing, especially coupled with my calf-hitting socks and untied New Balances.

Thomas Spangenberg, president of the nonprofit Mass Bay Youth Lacrosse, said lax bro culture could undermine attempts to publicize lacrosse as a sport that is open to anyone. The popularity of his league has exploded in recent years, Spangenberg said, and now counts more than 15,000 players in about 100 communities.

We are trying to keep the message of inclusion, everybody belongs, everybody plays,” he said.

Andrea Keough, mother of Brookline player Beau, is all for inclusion. Three years ago, she signed up Beau and her other two boys — Zander, 12, and Cameron, 11 — to play lacrosse after becoming fed up with sitting through slow-paced baseball games.

Kang: Isn’t that a city law in Brookline? To live in Brookline, you have to be “all for inclusion,” even if you name your kids Zander, Cameron, and Beau? The history of suburban Boston and the METCO busing program lies somewhere in that paragraph.

Browne: I call “shenanigans” on Andrea. There’s no way you sign your kid up for lax because baseball bores you, the mother. You sign your kid up for lax because you want your kid to be a lax bro. My mom didn’t take me out of gymnastics at age 5 and immediately drive me to a basketball gym because she was annoyed with the repetition of the pommel horse. She did it because she’s a G and wanted me to have a fun childhood where I didn’t get beat up and ultimately be a “hooper.” A “hooper” and a “lax bro” are like third cousins. Beau and I are third cousins. There, I said it.

Kang: Also, Andrea’s three kids are 12, 11, and 9 years old. How about taking a fucking break, Andrea? You were pregnant for like 40 of 48 months. No wonder baseball bores you.

Many lacrosse players are ‘gear heads’ — they collect a variety of sticks, using some for games and others for hanging out with their lax bro buddies.

Kang: Is this really true? My sister and dad are camping/climbing gear heads and blow all their money on stupid ropes and stoves made out of titanium, and while they spend an ungodly amount of time talking about these things, I’ve never once seen them bring a carabiner or a chalk bag to a climbing bro hangout. It might very well be different for lax bros, but I just have a hard time seeing the following exchange happen.

Mother: Where are you going?
Lax Bro: To Beau’s house.
Mother: Why are you bringing your “spoon”? Are you guys going to play lax?
Lax Bro: No, mom. This is clearly my “hanging spoon,” not my “game spoon” or “practice spoon.” Why are you so stupid?
Mother: If Andrea has gained any weight, can you take a picture with your camera phone and send it to me?
Lax Bro: Who is Andrea?
Mother: Beau’s mom.
Lax Bro: Oh, I think she’s pregnant again.

Browne: Maybe it’s because I was only exposed to lacrosse in college, but I have no experience of witnessing lax bros collect gear like baseball cards. One lacrosse stick mounted up on a wall, yes, but not one of every color to carry around town that happens to match said bro’s untied Sauconys.

At Commonwealth Lacrosse in Needham, assistant manager Chris MacKay said he is amazed by young players’ mushrooming enthusiasm for the game, gear, and clothing. MacKay, 21, who is taking a break from sports and studies at Hobart College in New York, said he also is a member of the bro tribe, although he cannot pinpoint exactly what that means.

It is “someone who plays a lot of lacrosse, enjoys hanging out, being sort of lackadaisical,” MacKay said. ‘Everyone has their own opinion of a lax bro. That is mine.’

Baker: That should obviously be “laxadaisical.” Somewhere in Laxington, Laxachusetts, a new company is being trademarked right now.

Browne: More like “Mushrooming laxlaxiasm.” Right? No? Yes! Thought so.