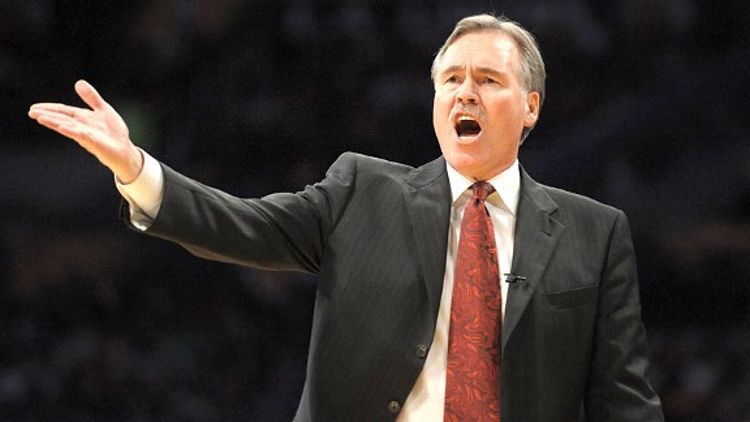 Poor Toney Douglas. In the middle of last season, the Knicks were looking to acquire a backup point guard to ensure the diminutive reserve wouldn’t ever have any distribution duties. Six months later, he was asked to orchestrate the offense for a team with championship aspirations. To the surprise of far too many people, Douglas has failed spectacularly in a role he has repeatedly proven unfit to hold. Shocking.

Through Monday night, Douglas’ field goal percentage was a paltry 32 percent and trending downward (he’s scored one solitary bucket in the last three games combined). Beyond those ugly numbers, he has appeared uninterested in penetrating the lane, running pick-and-rolls or finding exploitable mismatches. The crowd in the Garden turned on Douglas last week, seething at his sorry showings and chanting for Iman Shumpert, the exuberant rookie from Georgia Tech. Even now, after being relegated to the bench, Douglas’ appearance at the scorer’s table draws jeers and groans. Not fair. You can’t ask a butcher to perform optical surgery and then get cranky when he sinks a meat cleaver into your retina.

The sad fate of Douglas is but one of the plot lines in the ongoing “What’s wrong with the Knicks?” saga. Before reeling off three consecutive wins against a collection of stinking bottom-feeders, the Knicks were a disappointing 2-4. It wasn’t just the lousy record that enraged the team’s faithful — it was the sluggish manner in which they accepted defeat. In an eight-point loss to the Bobcats on Jan. 4, Boris “Blob City” Diaw racked up 27 points while making 12 of 15 field goal attempts. “I always try to adapt to whatever the defense is giving me,” the crème-filled Frenchman said after the game. “Against this kind of team, yeah, I like these kind of games.”

There has been a long-running undercurrent of hatred for Mike D’Antoni among Knicks fans, and the team’s slovenly effort against the Bobcats raised the volume of their complaints to a new roar. Calls for his dismissal were muttered from countless bar stools across the city and bellowed across social media channels. “YO WTF KNICKS??? YOU CAN’T BE SERIOUS RIGHT NOW. FIRE D’ANTONI,” screeched chef Eddie Huang on Twitter. (An aside: Despite Huang’s loud and wrong opinion, his restaurant on the Lower East Side makes a delicious pork belly bao.)

As everyone with ears knows, New York basketball devotees are outspoken in their belief that winning basketball involves brutish slugfests where body parts go arcing into the frothing Madison Square Garden crowd. The freewheeling orthodoxy embraced by D’Antoni, a man whose résumé includes Socialist Euro-Ball and success in the pansy-ass Western Conference, has always been regarded by Knicks fans as a poor fit for the city. Arugula on pizza tastes OK, but that’s not how we do it in New York, son.

After an offseason where the Knicks plucked Tyson Chandler away from the champion Mavericks, expectations crested to heights unseen in more than a decade. Now the team had two scoring machines, a defensive bulwark, and, well, some other guys we assumed would figure things out later. Even D’Antoni casually floated the idea of winning a title, saying they were “obviously” a contender during an ESPN radio interview.

Maybe Knicks fans would be able to temper their expectations if there were a historical example of a team strung together from three stars and a sinewy clump of table scraps that would barely burden the back of a knife.

Let’s travel back through the mildewed and cobwebbed epochs all the way to last season’s Miami Heat. Even with LeBron James and Dwyane Wade — both superior to any of the Knicks’ studs — a more respectable collection of role players and training camp, the Heat had their share of missteps before making their playoff push to the Finals. The notion that the Knicks would start the season clicking with the calibration of Swiss timepieces was, in retrospect, ridiculous.

In baseball, a third baseman swinging a scorching bat can lift a club to World Series glory. In football, the timely squirt of a fumble might propel a wild card team to the Super Bowl. But professional basketball bows to the tyranny of talent. Franchises with the best players almost always win. Last year’s Mavericks team was considered an upstart, but had a high payroll, the finest power forward on the planet and an army of excellent role players. The Pistons, who upset the Lakers in 2004, sent four of their five starters to the All-Star game two years later. Otherwise, most recent ring-wearers were the predictable ones: the Lakers, the Celtics, the Spurs.

The Knicks have a grand trio, but its roster is even more lopsided than Miami’s was. Healthy members of the backcourt are either inexperienced, untalented, or both. Landry Fields has dutifully sunken back into second-round pick-hood, as if ashamed for making other teams’ general managers look silly last season. Douglas has problems. Shumpert is exciting but green. The team lacks perimeter shooters and is so thin on the bench that second-round draft pick Josh “Big Jorts” Harrellson is playing 20 minutes a game. It is a deeply flawed team.

The cold reality is that the Knicks will spend most of the season engaging in dogfights with third-tier foes like the Toronto Raptors and Golden State Warriors. There will be humiliating losses where Diaw oozes through their defense like a pat of butter through his morning croissant. There will some nights when Rasual Butler ropes in five times his career average in rebounds. Get used to unseemly entanglements with teams who feature players you wouldn’t recognize if they were standing on the R Train platform. Yup, Lou Williams is going to eat your face tonight.

If you find the Knicks’ fate as an embattled 6-seed unappealing, I suggest you crouch in prayer to whatever winged, tentacled, or elephant-headed deities control the creaky latticework of Baron Davis’ spine. He’s the bulgy-disced dude who offers potential salvation. If Davis can provide 30 minutes of reasonably effective point guard play, it would shift the entire backcourt into alignment. Shumpert could play his natural shooting guard position, Douglas could return to his role as a shot-chucking scorer off the bench, and Fields could go back to being an energetic overachiever instead of a mopey disappointment. Of course, all of this is reliant on Davis, a gimpy veteran who has missed 20 percent of his career games to one ailment or another.

Despite this outrageously janky roster, Knicks fans blame D’Antoni for the season’s disappointing start. Never mind that the team has continuously traded away every player whose skill set synced with the coach’s ideology. Ignore that he’s being asked to win with the worst backcourt and bench in the NBA. Disregard that running a “seven seconds or less” offense without a point guard or outside shooters is impossible. Forget that the team’s porous defense is now ostensibly the fault of new assistant coach Mike Woodson.

Those wailing for D’Antoni’s removal are generally the same basketball philosophers who sagely regurgitate “truisms” about how his roadrunner teams are only constructed for regular-season success. In the playoffs, this tiresome line of thinking goes, an increased emphasis on defense and half-court efficiency turns the hardwood into a mire of quicksand for speedy, high-scoring offenses. Such a hearty embrace of inchworm work ethic would be suitable for communist propaganda posters. Ride the Slow Barge to Victory! Slog-4-Lyfe! Grunt on, Wee Bolshevik Tortoises!

The main argument put forth by many Knicks fans is that D’Antoni will never win a championship simply because he hasn’t done it yet. During only four full seasons in Phoenix, the Suns went to the playoffs each time and reached the Western Conference Finals twice. Yet somehow, his remarkable success is deemed evidence of inevitable future failure. Shit, by this inductive fallacy, Derrick Rose, LeBron James, and Kevin Durant will never take home titles either. And isn’t it a bit rich for Knicks fans to be thundering about titles when the team hasn’t visited the land of milk and honey since the 1970s?

But the tastiest irony is that those beloved blue-collar New York teams of the ’90s — play a few YouTube clips of Charles Oakley and Xavier McDaniel earth-slamming opposing guards if you want to see a Knicks fan grow weepy — never won jack. Even better, Pat Riley, their defensive-minded coach, took titles with Lakers squads that were among the NBA’s highest-scoring teams. And best yet, the Knicks were trounced in the 1999 Finals by the same Tim Duncan-led Spurs that later defeated D’Antoni’s Suns. Where is your Van Gundy God now?

Gripe all you want, fellas, just have some consistency.