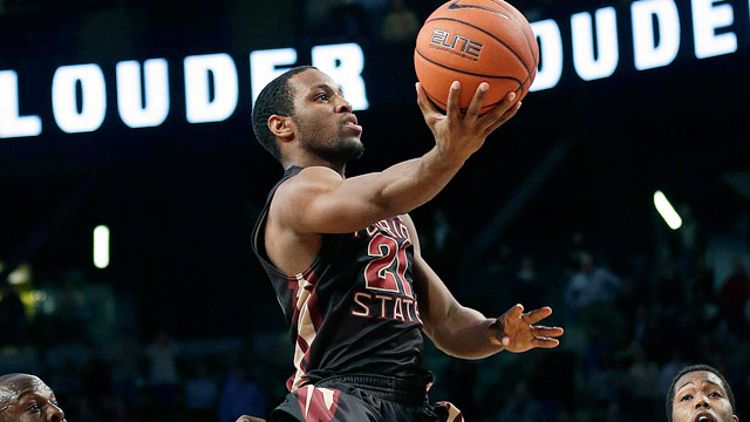 Take Phil Connors in Groundhog Day. As far as we know, no human in history has ever repeated the same day even once, since that would involve interacting with the concept of time in a way that this existence does not allow. Even in the universe of the film, we can safely assume that Phil Connors is the only one to experience this phenomenon, since no allusion is made to similar events in the past (or future?) and nobody else in Punxsutawney seems to be enduring the existential panic we see in Connors as the cycle breaks him down. BUT — and here’s my point, I think — Connors experiences this bizarre and unnatural 24-hour time jump so many times in succession (12,395 times, according to film scientists) that we come to expect this abomination of logic to occur. Over and over and over again. It’s the new truth. For Phil Connors, we forget how the real world works. The eventual return to normalcy is the true aberration.

Which brings me to Michael Snaer. Last night, he hit his fifth buzzer-beater in two years and his third of the 2012-13 season. As far as I know, a stretch like that in Division I basketball is unprecedented. But we — and by “we,” I mean “college basketball fans,” and, more specifically, “ACC fans” — have become so attuned to Michael Snaer that we actually expect it. Instead of each buzzer-beater making the next one more improbable, it creates a weird statistical momentum and seems to prophesy another. Michael Snaer will never stop hitting clutch shots until the last clutch shot he hit no longer happened, and since that’s impossible, they’ll keep falling, and this whole world will devolve into wonder and terror as we discover that our televisions cannot be turned off. When the final whistle blows on the final FSU possession of the season, we’ll rub our eyes and wonder who we can trust.

OK, enough. You want to see the video, so here it is, along with Snaer’s four other game-winners. Watch on repeat for full effect. You’re welcome, and I’m sorry.