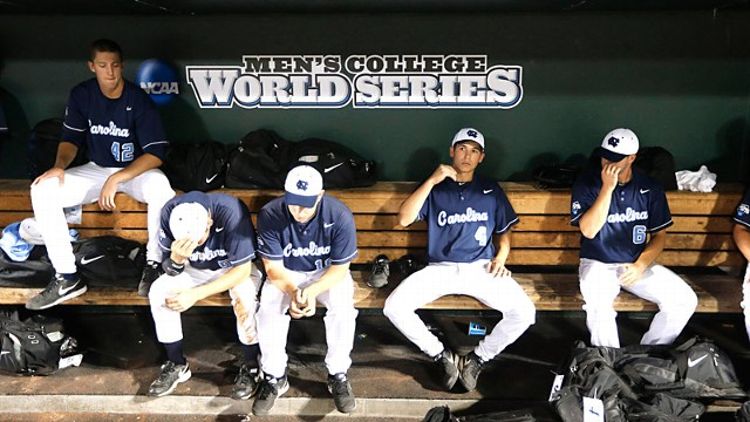 I sat in the bullpen of Tony Gwynn Stadium, home of the San Diego State Aztecs, cleaning my cleats in case I got the call to get hot. Next to me were seven other relief pitchers, all of us watching our starter struggle through the second inning of a game against Oklahoma State. San Diego State was not known for its academics (my father referred to it as “Harvard without all the smart people”), but it was a major Division I college baseball program, and when I graduated from high school in 1998, it seemed like a good stepping stone to becoming a major league baseball player. That was my dream. It was also the dream of everyone sitting next to me. Like lefty sophomore Royce, built like Tony Soprano and sporting a windup that looked like a butcher throwing a 60-pound side of beef onto a table, but who boasted a fastball in the low-to-mid 90s and a nasty slider that darted down and in to right-handed batters.

He had big plans for his future.

“When I sign I’m gonna buy a fuckin’ Hummer, with fuckin’ four DVD players in it. Every seat’ll have its own DVD player AND its own screen,” Royce said, leaning back in his chair.

“What happens if everyone wants to watch the same movie?” I asked.

“Then I’ll buy four fuckin’ copies of the movie,” he snapped back.

“Why don’t you just get four screens that hook up to one DVD player. What kind of assholes sit and watch four different movies at the same time?” said Donnie, a tall, muscle-bound righty.

“Look, it’s my fuckin’ Hummer and I’ll have a fuckin’ hundred screens with a hundred fuckin’ DVD players if I want, and you can either ride in it and watch DVDs or you can suck a dick.”

“I think I’d rather suck a dick,” replied Donnie.

These were the kinds of conversations we had while we waited for a call from the dugout to get loose. But in all the discussions about what kind of car to buy or which beach we’d build a house on, no one ever argued about whether we’d become successful enough to afford these things. It was a given.

Now, it’s fairly common for most college athletes to believe they’ll someday be playing in the pros, driving cars reserved primarily for drug dealers and guys who use the word “finger-blasting.” But in other sports you find out very quickly where you stand. If you’re a wide receiver and you run a 4.8 40 and your name is not Hines Ward, you know right away you’re not getting a shot to play in the NFL. If you’re not one of 50 players selected in the NBA draft each year, pretty much the only way you’re putting on a professional jersey is if you buy it. But Major League Baseball is one giant tease. The average major league fastball is 89 mph, and even if you throw 87 mph, you have a good chance to get drafted and pitch in the minor leagues. It’s not like the NBA’s developmental league, where you’re hoping you can be the 12th man on an NBA team and every once in a while you find yourself guarding Master P.

Almost everyone on that year’s San Diego State pitching staff had already been drafted out of high school. I had walked on, and was probably the least-talented member of the staff. But in two years I’d gone from throwing 82-83 to 86-87, and I thought if I continued to get stronger my velocity would increase and that might be enough to get me drafted.

I ended up going an inning and a third and giving up one run when a line drive back up the middle knocked off my shin and shot into the visitors’ dugout.

I was rarely used that sophomore year, but I felt I had a good shot of getting big innings my junior year. That offseason I put on 15 pounds of muscle, long-tossed, and did anything I could to get myself in shape.

Toward the end of the summer, a friend who played in a men’s baseball league asked me if I could just toss the last two innings of his team’s championship game. I went in without warming up. On the third pitch, I felt a snap in my elbow followed by intense pain. I was fairly certain I had torn a ligament in my elbow called a UCL, an injury that necessitates Tommy John surgery. Major league baseball teams treat college baseball players the way drunken frat guys treat women at a bar; they only put up with problems from you if they consider you to be really “top notch.” Otherwise, at the first sign of trouble, they’re gone. I wasn’t “top notch.”

I stood on the mound staring at the 40-year-old, overweight balding guy in the batters box who’d been the recipient of possibly the last pitch I’d ever throw. Then I removed my glove and walked off the mound in disgust.

The thousands of hours I’d spent practicing, playing, and learning the game, all in hopes of someday throwing a pitch on a major league mound, were gone. Instead of explaining to the coach that I had stupidly injured myself in a beer league game, I told him I wanted to focus on my studies. I cleaned out my locker, and later that day after practice, explained to the rest of the pitching staff I was quitting.

“What? No. You’re not quitting,” said Chris, a lanky, hard-throwing right-hander who became our ace and Friday-night starter his freshman year.

“Yes. I am. I’m not in the process of quitting. I already did it,” I replied.

“Quitted is not the past tense of quit, you fuckin’ idiot,” Chris snapped.

I attended a few games here and there as I got my degree, but I mostly stayed away. It was like seeing an ex who was now fucking all of my friends. Over the next three years, quite a few of my former teammates were drafted and were sent off to towns that you’ll only hear about if someone chews off another man’s face at a bar there. Every one of them was sure their journey would end in the major leagues. Some of them toiled for seven or eight years, trying to put together a few months that might get them notice, only to be released in their mid-to-late twenties with little money and no work experience.

If I’m being completely honest with myself, I probably had as much chance of making the major leagues as I did of inventing a new sport that became wildly popular and making the major leagues of that. The other guys on my team most likely felt the same about my chances. But it was difficult that day for them to hear I was walking away. Not because it was going to affect our team. Because it was something none of them had been prepared to do: face the idea that college baseball doesn’t always end in a Hummer with four TV screens.