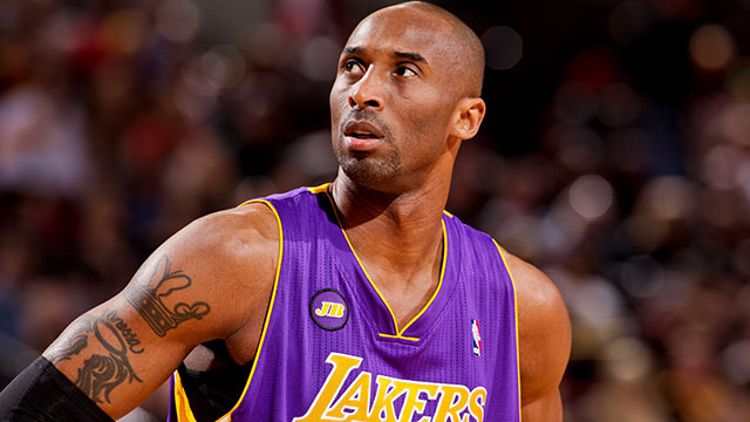 There are trades and contracts that require cold, calculating analysis about whether the logic of particular transactions accomplishes the clear goals of the franchises involved.

Kobe Bryant’s two-year, $48 million contract extension is not really one of those deals. At the very least it requires a different set of standards for judgment — standards only a handful of teams would actually use in judging themselves. Making Bryant the highest-paid player in the NBA over the next two seasons is, objectively, not a smart thing. He’s 35 years old, and he has not played a single minute of in-game basketball after suffering a traumatic injury that has devastated nearly every player who has suffered it and managed to stay in the league.

He had precisely zero other suitors at this specific moment. He may have had suitors this summer among the 10 or so teams that could work their way to max-level cap room, but some of those teams are not in the right evolutionary position to spend that kind of money on a 35-year-old, and others could not have cleared enough space to compete with this L.A. deal. Bryant was not the best player in the league last season, nor was he even really close to it. The Lakers have voluntarily decided to pay him at that level as he enters the twilight of his career, amid unprecedented (for him) health uncertainty.

The deal also kills the Lakers’ dreamy goals of bringing two max-level stars to team with Bryant this summer. The Lakers could have, at most, about $21.5 million in cap space this summer if they retain Steve Nash’s full salary. And even that figure assumes the following:

• L.A. renounces its rights to Pau Gasol, and does not re-sign him;

• The Lakers sign zero other players before luring Star Player X in free agency, so that the empty remaining roster spots carry minimum charges of only about $500,000 each.

And even in this scenario, the Lakers could not fit the maximum salary of, say, Carmelo Anthony. Using the stretch provision on Nash could open up about $6 million of cap space, allowing the Lakers to sign that max-level player — and little else. Los Angeles floundered in 2012-13 with Bryant, Gasol, Nash, Dwight Howard, and a bench of minimum-salaried retreads. How do you think they would fare in the ultra-competitive Western Conference in 2014-15 with Bryant, Anthony, Nash (or not), and a bench of minimal-level retreads? They may be better off bringing back Gasol at $10 million or so over two seasons (if he’d take such a deal), finding a couple of other solid mid-priced guys on short-term deals, and seeing how things go from there.

They’ve hung in this season, at 7-7, with a dreary offense and a surprisingly solid defense that has (not surprisingly) improved without Bryant’s irresponsible roaming and declining athleticism. They’ve done so in part because they spent way over the luxury tax to sign and re-sign some useful veterans (Steve Blake, Jordan Hill, Chris Kaman) and hit nicely on some minimum-level contracts (Jordan Farmar, Xavier Henry, Nick Young).

They could use various forms of Bird Rights to re-sign some of those players this summer, going over the cap in the process. But they’ll face competition for guys like Hill, balling out this season now that Mike D’Antoni has finally provided playing time, and Bryant’s new deal is so huge as to hamstring the Lakers’ pursuit of multiple star-level free agents. Remember: Using Bird Rights on Hill (or Nick Young, or Farmar) means leaving those players on your books during free agency via a temporary charge called a cap hold — a charge that eats into that cap space allegedly earmarked for a Carmelo type.

Look, it’s all fine, if you view it through the right lenses. Bryant is a massive star, and the limits on individual maximum salaries ensure that every true franchise player is underpaid (by his team, anyway) for most of his career. Bryant is taking a slight pay cut here, since he’s earning north of $30 million this season, but he did not take a team-friendly discount on the levels of Tim Duncan, Paul Pierce, Kevin Garnett, and even LeBron James, Dwyane Wade, and Chris Bosh in Miami. That’s cool. Bryant is right to fight for as much dough as possible. The Lakers are right, in their Lakery way, to give him that dough. He’s a drawing card, a guarantee of sellouts amid falling ticket sales, and he has helped the Lakers to five NBA titles.

And Bryant, by the way, remained a phenomenal offensive player last season before his Achilles tear. He hit 51 percent of his 2-point shots, the very best mark of his career, as Kevin Pelton pointed out last week at ESPN.com. Among 106 players to finish at least 75 post-ups with a shot, drawn foul, or turnover, Bryant was the most efficient in the league, per Synergy Sports. The most efficient! At age 34! He hit 55 percent of his post-up shots and produced 1.05 points per possession from the block, per Synergy. Factor in passes from the block, and only one of those 106 players leaps past Kobe in points per possession on post-ups: Kevin Durant.

Bryant still got to the line eight times per game. His footwork remains impeccable, balletic, brilliant. He’s still a fantastic passer when he wants to be, reading the floor three steps ahead like a score-first Jason Kidd. He remained efficient as a scorer and passer in the pick-and-roll. The Lakers scored 107.4 points per 100 possessions with Bryant on the floor last season, and just 99.7 points without him. That’s a huge gap, and an accurate reflection of Bryant’s value on a team that otherwise lacked any perimeter punch.

But every player who has suffered an Achilles tear, even the anomalous All-Star Dominique Wilkins, has suffered a drop-off in play upon returning. And those players were about 29 years old on average, according to Pelton’s work and this study from researchers at Drexel University. Those players came back less efficient overall, and Pelton’s work found a significant decline in most of the stats we associate with athleticism — free throw attempts, steals, blocks, rebounds. Free throws are a hugely valuable part of what Bryant does, especially since he has never been a very good spot-up guy from 3-point range. That could change with more careful shot selection, but he’s never going to be Ray Allen in his old age.

Expecting Bryant to be the same player again is unrealistic, or based upon something other than available precedent. Sometimes precedent is wrong; available precedent suggested that the Spurs would whitewash Oklahoma City in the conference finals two years ago, and the opposite occurred. But if the choice is between age and precedent on one side, and Kobe’s Mambalicious work ethic on the other, I’m sticking my cash on age and precedent. His defense was a massive net-negative for the Lakers already; he was very nearly a one-way player before his injury, though he could still turn up his focus and fundamentals to a useful level during periods of high intensity. But those stretches were brief, and there were not nearly as many of them as there used to be.

Again: The deal makes sense in its own way, and it’s only a two-year extension. The Lakers will have an honest chance at unrestricted free agents that crop up after 2015-16, a group that could include Roy Hibbert, Brook Lopez, Kevin Durant, LeBron James, Dwyane Wade, Chris Bosh, and Kevin Love, a long-rumored Laker (and Knick) free-agent target. But Love can opt out of his deal after next season (KAAAHHNNNNN!!!!!!!), and the new CBA makes it so that players should enter free agency at the first possible moment in order to secure a max-level long-term deal right away — before injury, a new and more restrictive CBA, or some other variable can pop up. In that scenario, Love would hit the open market in the summer of 2015, with Bryant still clogging up the Lakers’ books. Hibbert and Lopez can do the same if they decline their own player options. The Lakers will have a hard time signing any big free agents that summer, especially if they give out even one big-money multi-year deal in the interim (i.e., this summer) to Gasol or someone else.

The Lakers could have driven a harder bargain here, insisted that Kobe look in the mirror, accept his hoops mortality, and take a salary commensurate with his age and skill level. They could have thrown the cap sheet in his face and pressured him into a larger pay cut for the good of the team. They could have dared him to enter free agency, a move that would have alienated a fan base that adores Kobe as if he were a deity.

Boston fans have a similar devotion to Paul Pierce, though it is perhaps less fierce than the grip the NBA’s Lord Voldemort has on his Death Eaters. But the Celtics did not flinch when the opportunity arose to deal Pierce and Garnett in exchange for some bad contracts and three plum first-round picks. They let Doc Rivers, the only man to coach them to a title since the mid-1980s, broker his way to the Clippers in exchange for another pick.

There are other ways to handle business, even the business of a legend. Those ways are probably smarter than the route the Lakers took today. The Celtics are now the envy of every front-office executive who craves a rebuilding challenge, provided the challenge comes with some nice resources. The Lakers are an expensive mediocrity overpaying a franchise star in decline.

That’s fine, if that’s what you want. But let’s not pretend anything else is going on here.