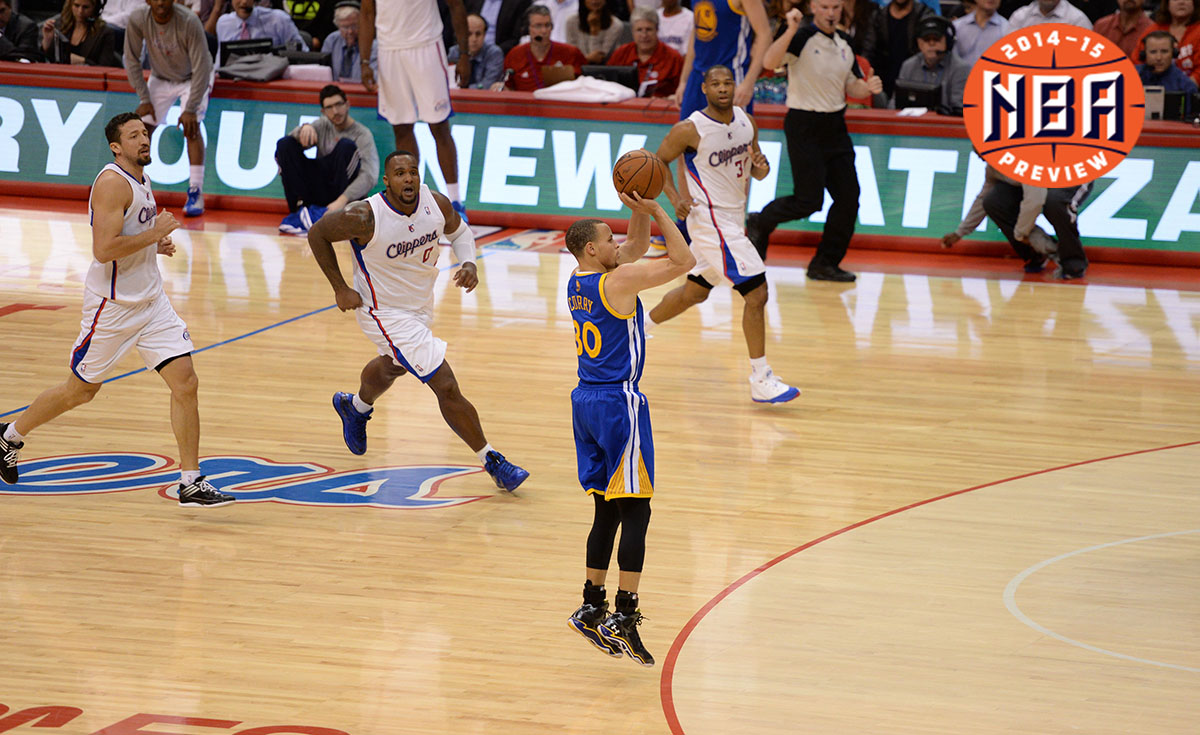 As part of the Grantland NBA preview, we ranked the top 20 shooters in the NBA. The list includes catch-and-shoot snipers like Kyle Korver, stretch 4s like Serge Ibaka, and do-it-all point guards like Chris Paul. Everybody on the list possesses at least one ridiculous shooting skill. However, the top three guys are each able to blend scoring volume and shooting efficiency in ways that set them apart.

Dirk Nowitzki, Stephen Curry, and Kevin Durant enter the 2014-15 season as the best shooters in the league. While guys like Korver and Ibaka are masters of their specific domains, Nowitzki, Curry, and Durant are much more versatile and create their own shots in ways only superstars can.

Everybody defines shooting ability in their own way, but the ability to create your own shot separates the good from the great in today’s NBA. Therefore, our list favors guys who can generate unassisted field goals, which generally have a higher level of difficulty. So, although Korver led the league in 3-point efficiency last year and is probably the best spot-up shooter on earth, the fact that 95 percent of his made shots involved an assist means he — relative to the other guys at the top of the list — generally shot in favorable conditions.

Meanwhile, Curry, who also can knock down catch-and-shoot 3s at high rates, led the NBA in unassisted field goals last year. In my opinion, this makes him a better overall shooter than Korver. The same goes for Durant and Nowitzki, who shoulder heavy scoring burdens for their teams but also manage to keep up appearances in terms of efficiency. In the end, I could make a strong case for each being the best, but I chose Nowitizki for a few reasons.

Mostly: Look. At. That. Red. Everywhere. 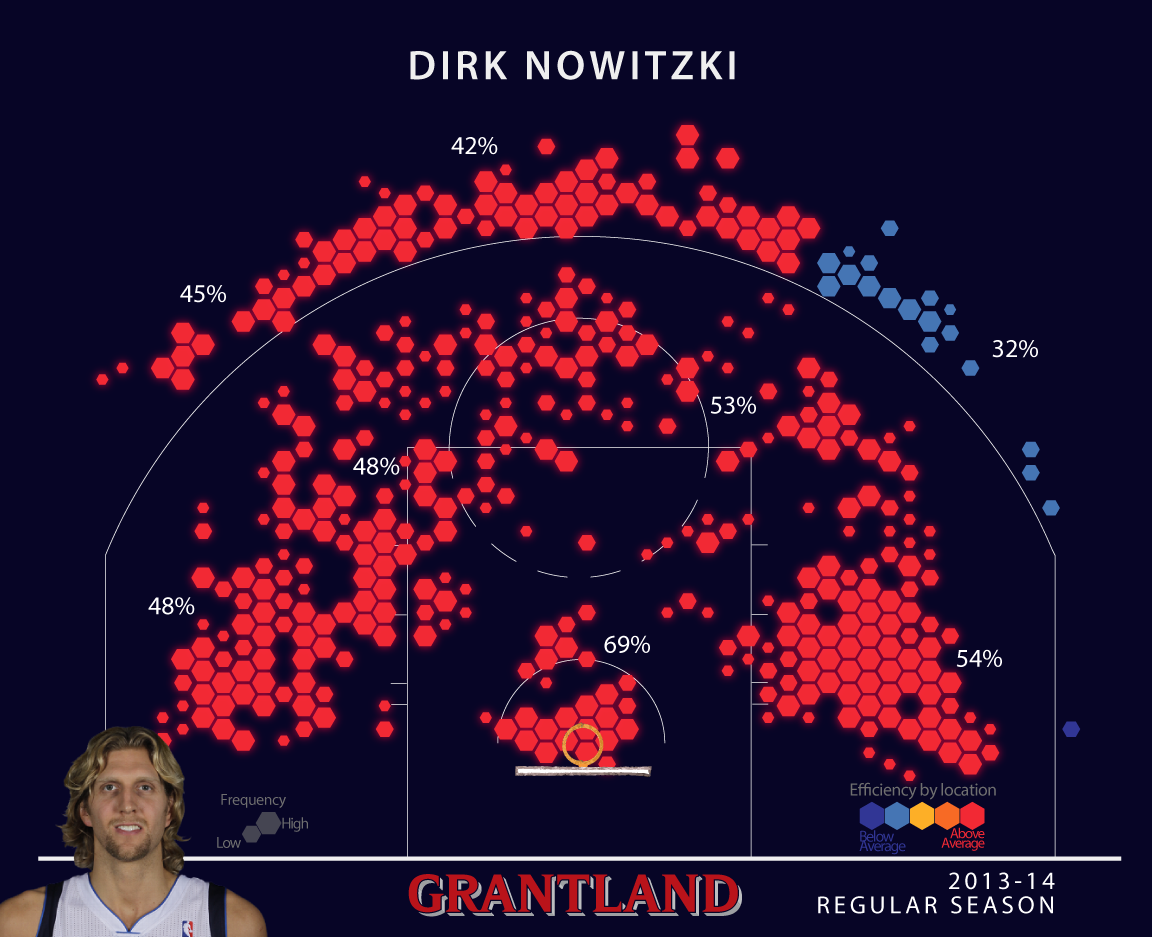 With one minor exception (gotta work on that left wing 3, Dirk), Nowitzki outshoots league averages by a wide margin everywhere on the court. The same cannot be said for Curry or Durant. Nowitzki integrates volume, efficiency, and ubiquity better than anyone right now. Moreover, he is hardly ever wide open when he shoots, with many of his attempts including a massive defender draped all over him. His quintessential move involves creating just a hair of separation from a defending forward like Ibaka and launching that fadeaway that never seems to miss. It’s unfair.

Curry is better than Nowitzki behind the arc, and he continues to get better inside of it. He led the league in both unassisted field goals and made 3s last year, all while maintaining hyperefficiencies all over the place. Still, Curry’s one weakness remains finishing and scoring around the hoop, which is unsurprising considering his slight stature. He’s getting better and better at scoring in the paint, but right now he’s an average NBA shooter in the restricted area. 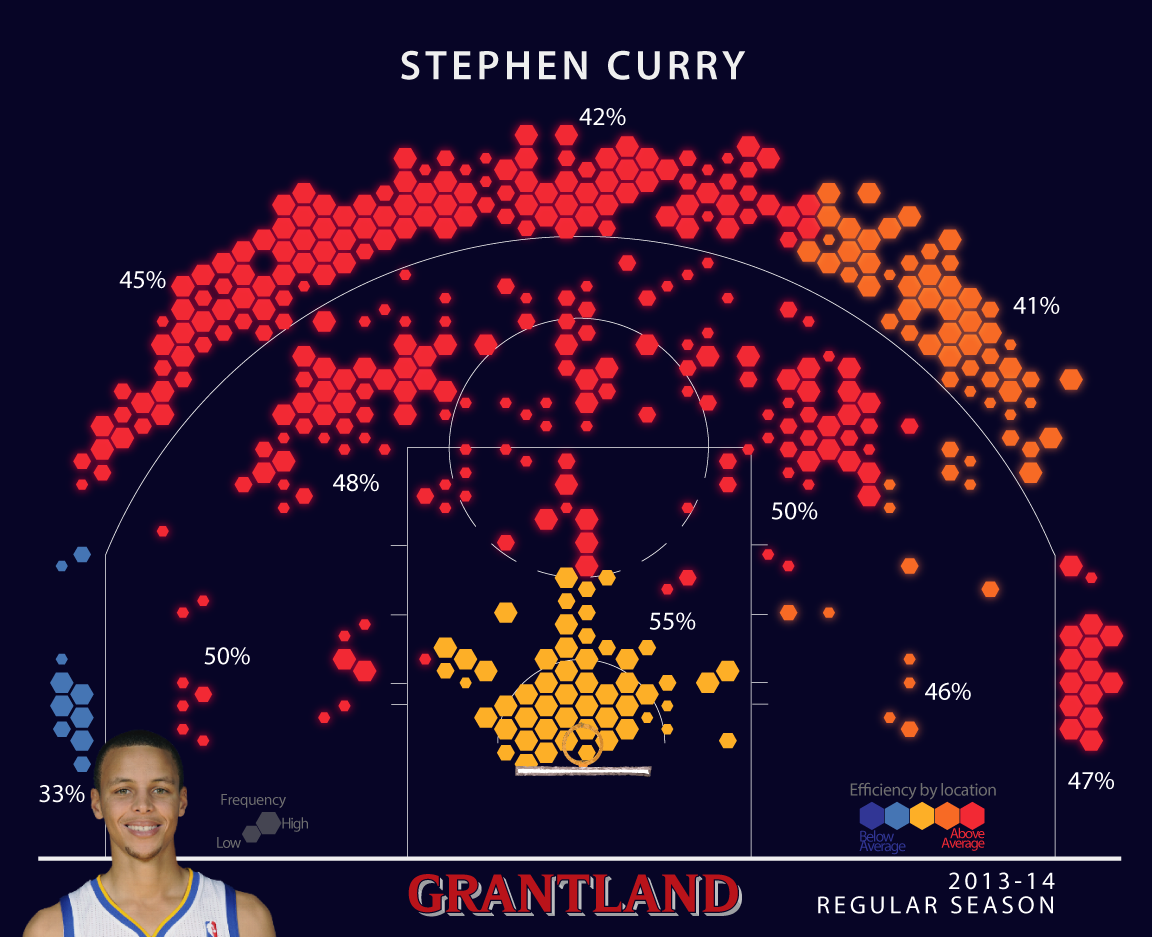 Then there’s Durant, who put up 50/40/90 numbers while also scoring 28 points per game a couple of years ago. That’s 1986-87 Larry Bird stuff and particularly scary considering Durant just turned 26. It’s hard to imagine anybody but Durant topping this list in the near future. He can do it all: making 3s, pulling up in the midrange, and attacking the basket. However, there are a few areas where he only converts at average rates, which keeps him behind Curry and Nowitzki. 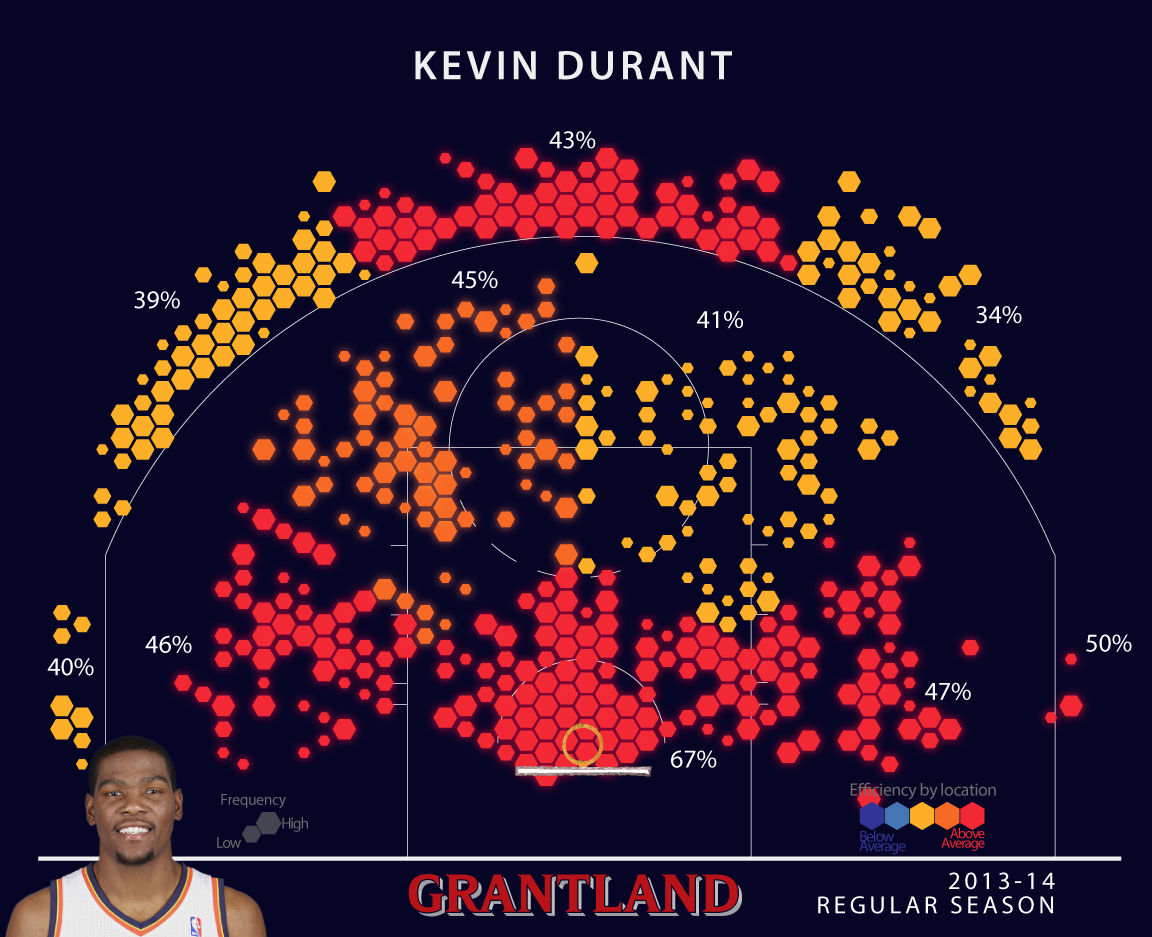 In the end, ranking shooters remains a fool’s errand — that task becomes especially foolish when attempting to assign superiority between Nowitzki, Curry, and Durant. They’re all the best, you guys.

The Ball Is the End: Assessing Lionel Messi’s Career on the 10th Anniversary of His Debut for Barcelona