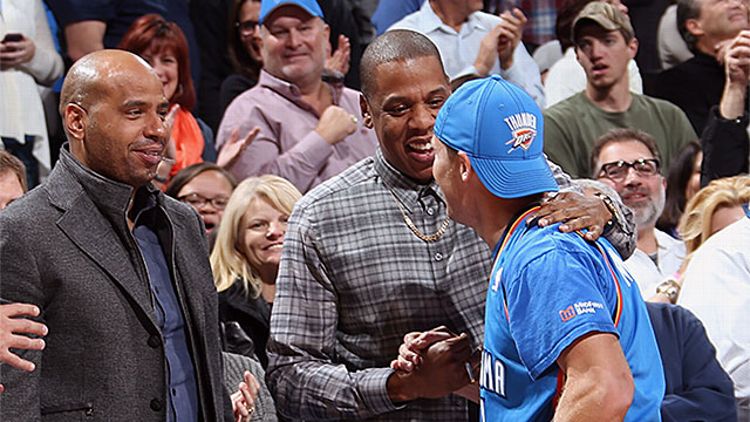 We told you all about this earlier in the week. Last night, during the Thunder-Clippers game, Brad Brucker hit a half-court shot to win $20,000. It was the second time in a week this had happened. Something is in the air.

Jay Z was there, in Oklahoma City, with Beyoncé; the crowd went wild. Darren Rovell wrote about whether MidFirst Bank is properly insured for this kind of half-court hot streak; Rumble started rumbling; somewhere in East Orange, New Jersey, a woman’s collection of fine china started flying out of its Tuscan curio cabinet; in Washington, President Barack Obama felt a cold breeze blow through the Oval Office; and in New York, Leonardo DiCaprio was suddenly gripped by the need to take his girlfriend on a Citi Bike ride. And even though DiCaprio KEEPS TAKING GIRLS ON BIKE RIDES, this time it was different. The cosmos was in flux; it’s like we’re all living inside of Gravity, except WE’RE THE INUIT DUDES ON THE GROUND TALKING TO SPACE SANDRA BULLOCK. It’s all happening. The gale forces of the universe are blowing!