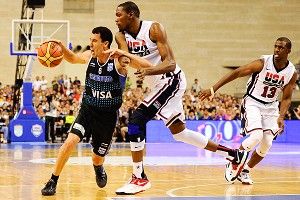 
With Carmelo Anthony covering Ibaka, Spain used him repeatedly to set high screens for the ball handler at the top of the key. The first play in the video above is a perfect example. As the ball handler comes off Ibaka’s screen, Anthony shows hard, and as Ibaka rolls to the rim, the rotation to Ibaka (one that should be coming from LeBron James) is a split second late. This allows Ibaka to make the catch and finish at the rim. These late rotations and lack of communication were keys to Ibaka getting easy scoring opportunities. 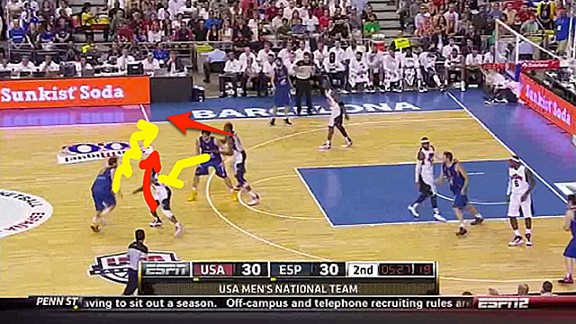 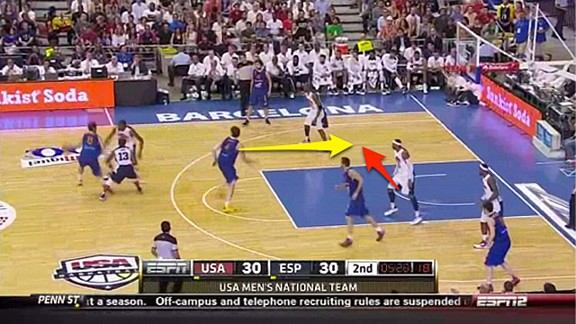 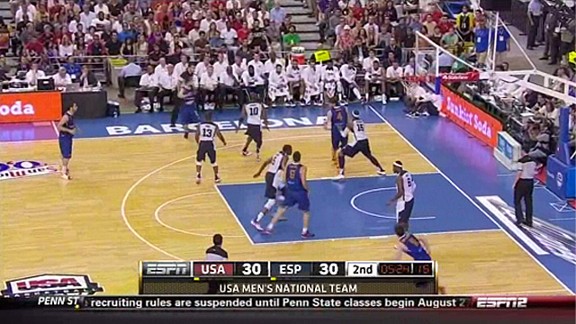