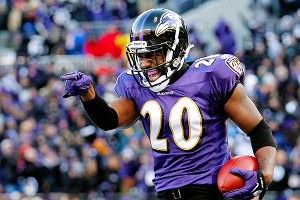 It’s cool, everybody — Ed Reed is back. There were concerns coming into Ravens training camp that the All-World safety, unhappy with his current contract, would hold out. We never had those concerns.

In a few ways, Reed is probably wrong in his stance about needing a new deal. He’ll be one of the highest-paid safeties in football this season, and with a not-so-Ed-Reed like 2011, it doesn’t feel like the time to be asking for more money. He’s doing all this negotiating without an agent (of course he is) and missed all of the Ravens’ offseason programs. Still, was there any question that when the actual football started, Ed Reed would be around? Remember this? Or this? We do. Does anybody care more than this guy?

Baltimore is in the precarious spot that so many teams fall into as an aging legend plays out his string, when a sense of loyalty is usually at odds with financial sense. But we’re going to let all this be a problem for future Ozzie Newsome. For now, Ed is back playing football, and that’s good enough for us.