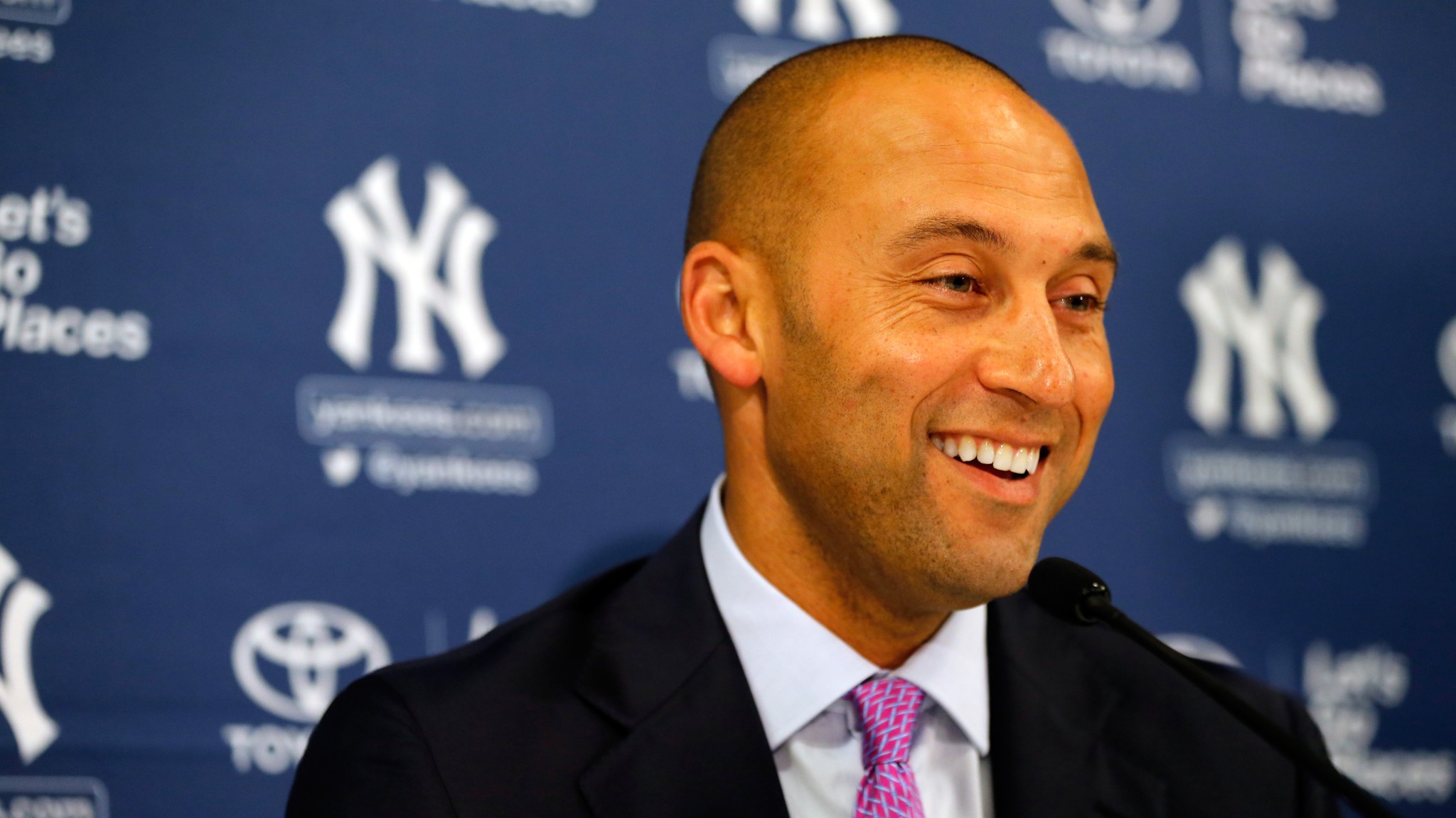 Baseball players all do pretty much the same thing. They go to work. But doing that made Derek Jeter a star. He spent two decades doing one job at the same company, carrying the banner for a quiet incarnation of fame. He wasn’t a monk, but he didn’t get into enough trouble to keep the New York papers amused. I know the names of women he’s rumored to have dated, but not because he put the women on parade. He was the perfect star for the times, years when Giuliani and Bloomberg helped tame the city’s lunacy and luridness, what certain New Yorkers might call fun.

His masculine elegance was hard to copy. Some might have confused it with dullness. But Jeter’s cleanliness and simplicity harkened to an American classicism. His statements were terse and declarative. His default expression and demeanor were working-stiff plain. He miraculously maintained his privacy, and a mystique arose around him. We would never know Jeter — whether or not there was truly anything to know. He was descended from some fine-line amalgam of Gary Cooper and Harrison Ford: seriousness with a relatable degree of cool, of yoga. He was chill.

Neither as a player nor as a man did Jeter give reason to notice that he had great style. Other guys did flashy. He did basic: T-shirts, hoodies, dress shirts (tucked, untucked, somewhere in between), jeans, sweats. He’s worn some good suits (lately) and some atrocious ones. In every case, there was a looseness, an indifference to fashion, a sense of comfort, a guy-ness. Unlike a lot of athletes, reaping riches and renown never sent him on a search to find clothes that said, “Just got paid.”

With him, style trumped stylization. This is a player who never changed his swing. He has had two different haircuts his entire adult life. He never sincerely tried a playoff beard, and lord knows he had his chances. The New York Times recently estimated that Jeter took that same-old swing of his 342,000 times as a professional. I’d like to know the number of shaves.

Nowadays, swag is sports’ no. 1 most pursued attribute. It’s next to starriness but easier to cultivate, easier to put on. Elegance has always been a bonus in sports. There’s no proof that being elegant helps you win — yet some of the best winners are. A few seem born with it. Arthur Ashe and Michael Jordan had it almost from the start. Muhammad Ali seemed even to fight elegantly. Others ease into it: Roger Federer had a punkish quality when he was a teenager; Venus Williams sometimes lost her cool. Jeter’s version stood out. There have been other stoically graceful baseball players; you don’t need to look far from Jeter in the genealogy of American cool to find Joe DiMaggio. But for the most part, baseball features a lot of front-adjusting and spitting and waiting. In Jeter’s version, a man ran, slid, stretched, and got filthy, but he did so with dignity and a relaxed comportment.

There was effort shown in so many of Jeter’s plays, obviously. But that’s not what one noticed. One noticed how little obvious work there was in the effort, how little grit, how little hustle, how little swag. All of that was happening elsewhere. Really, the way he played differs little from how most baseball players operate: make the play, resume grazing. But Jeter gave you something to watch, that elusive-to-articulate star quality.

Maybe it was the twinkling eyes, the way they pushed the softness in his face past handsome toward pretty. But those eyes were set into such a sluggish demeanor that you had to rethink him. His eyes were pretty, but the rest was a little rugged, one part heavenly creature, two parts unmade bed. Alex Rodriguez was light-skinned with traffic-stopping eyes and an opaque personality, too. But he was purely pretty, and the prettiness made him seem too good to be true, perhaps even to him. It was convenient to want both friendship and enmity from these two. They were opposites as men, celebrities, and athletes — modesty versus bling.

Because Jeter never boasted, the Hall of Fame numbers seemed to sneak up on you. He became a star before social media and never took to being a social-media star. Faye Dunaway tweets; Derek Jeter does not. He’s not the only superstar in the league, but he might be the oldest-school, a 40-year-old whose kind of elegant masculinity has always made him seem even older. He has never appeared to care about keeping all eyes on him. He’s not an ingenue. He’s an adult, one of the few who, as a player in the last 20 years, has conveyed adultness. He was never macho, but he was a man.

It’s worth noting that Jeter emerged intact after the league’s assortment of performance-enhancement scandals. His apparent cleanliness and his being clear amplified the lying and cheating in his midst. They did not, however, turn him righteous. He didn’t gloat. He just continued to play, in his inimitable, head-down way.

This is a man who’s made no significant contribution to the sport’s fashion annals. Yet his style is unlikely to repeat itself in baseball or anywhere else. He was the best thing he ever wore.